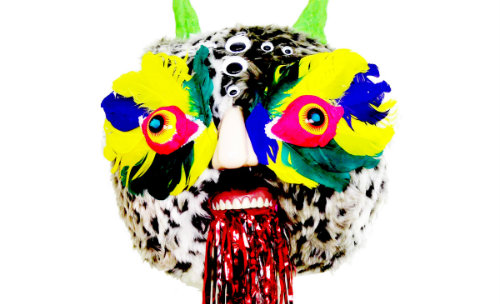 “You Can Be A Fascist Too”

To mark this heinous election season, hometown heros Playboy Manbaby unleashed this new single, “You Can Be A Fascist Too”, in November. Listeners will find the same feisty, unmanageable energy that first secured the staggering fanbase of angsty youngsters (and not-quite-that-young-sters), but there seems to be a more cohesive vision on this track that suggests (dare I say?) maturation within the band’s overall sound. This bodes very well for the impending release due out early next year from Playboy Manbaby. All the catharsis you want, but a more thoughtful construction at work. And, the call-and-response on “You Can Be A Fascist Too” definitely means this one will be a crowd favorite. Learn the words. Do it now.

The L.A.-based act known as Blonde Summer creates something they call “slacker rock” and that might be the perfect way to describe their sound on “Beer on Ice”. There’s a little bit of slouch on their gritty garage rock sound which mixes well with the apathy-ridden vocals. “Beer on Ice” is a summertime anthem for underachievers looking for a party or a hookup. The single was released through Dangerbird Records and is available for purchase/download here. Let Blonde Summer be the August breeze in your dismal winter day and give “Beer on Ice” a spin below…

Driving guitars throw the listener into “Paranoia” as soon as they hit play but Edison Moth manages to keep this energy pushing straight through their new single. “Paranoia” is a dynamic, emo-tinged rocknroll track. But, don’t worry, the vocalist is more 90s power punk than whiny. Just raw, emotive energy on “Paranoia”. This single comes to us from the band’s full-length debut, Woods (available here). Give “Paranoia” a listen below, but be warned: that chorus is damn catchy.

Who doesn’t love pizza, right? Well, turns out this track is less about pizza than the title suggests, but it offers some hot, gooey alt-rock in place of all those empty calories. This three-piece knows how to fill out a sound. Combining rowdy pop punk guitars with the tempered vocals, “Pizza” is more heartfelt than vapid so don’t be fooled going in. This track comes to us from a rad trio of singles DWARF released with the apt title, Singles. Delve into “Pizza” below, but make sure you head to Bandcamp to hear the other two tracks the band put out in October (available here).

Phoenix’s Rum Drinker released a split EP of Misfits/Samhain covers with Cult of the Yellow Sign on Halloween. Rum Drinker kicks off the split with two tracks including “We Bite” – the grungy, brooding song complete with vampiric tendencies. Give “We Bite” a listen and stick around for Rum Drinker’s second offering on the split, “Some Kinda Hate”. From there, if you’re feeling brave, the psychosis goes way up with Cult of the Yellow Sign. Check out “We Bite” below or head straight for the full four-track split (available here).

This L.A.-based act has international roots and a New York City sound. Troup’s new single, “Always on Fire”, comes to us from the band’s sophomore effort, Mercury and Gold, which came out out on Oct. 21st. Troup combines raw vocal energy and powerful guitars with slick back-alley-bar style to achieve their own brand of rock. Check out “Always on Fire” from Troup below and, if you like what you’re hearing, you can check out band’s new EP.

The Boston act known as The Marconis crafts a hearty sound for just counting two members in its ranks. Heavy guitars meet aggressive vocals as The Marconis ponder the darker workings of human nature on “Monster”. Sal Baglio and Jeff Keithline are the powerhouse pair behind The Marconis. Let’s hope this single means that an album is on the horizon for The Marconis. This is garage rock you can really sink your teeth in. Listen to “Monster” here…