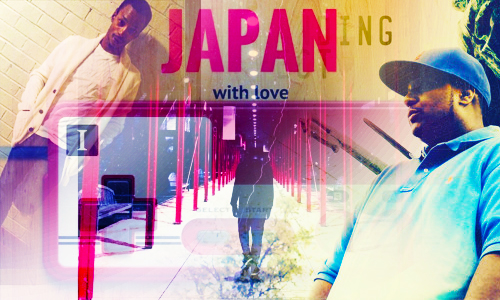 Chip-Hop allstar Mega Ran teams up with Doug Funnie and Mr. Miranda for this homage to that island nation sweetheart of nerdcore: Japan. The three emcees penned this track after returning from a two week tour of the aforementioned country. The single “is produced by RANA, aka Tatsuya Kitahara of Tokyo, all on a single Nintendo Famicom and HFC4 chip” and I’m not sure what the latter half of that statement means, but I have every intention of asking our webmaster to explain it to me. Listen to “Tokyo Hands” below…

New Jersey emcee/producer Ran Reed has a slick rhyme style that he brings to the forefront on his new single. “The Crew” offers an early sampling from Reed’s forthcoming LP, Still Commanding Respect, which is due out early next year. Reed combines a lyrical litheness with a hard-hitting beat on “The Crew” which also features a guest appearance from U.G. (of Cella Dwellas). Give “The Crew” a listen below and join us in the wait for the January release of Ran Reed’s complete LP.

While his moniker might suggest Cali roots, Rex Orange County is a teen from Britain. I’m sure you’ll realize that as soon as that sick lyrical style takes off in “Uno”, his latest single. Mellow and meditative, “Uno” rides a stripped down and jazzy beat through self-reflective ruminations. Rex Orange County is definitely a new voice I plan to keep an eye (or ear) on. Give “Uno” a listen below or head here to procure your own copy of the single.

The Nashville artist known as F.S. Chxll dropped this pensive number, “Lost Xn My Head”. Set to a simple yet compelling beat that builds into a captivating chorus, Chxll lays out a steady rhyme style that will take you on an introspective journey. Borrowing from electronica, the soundscape offers some interesting and subtle shifts in texturing as you move from beginning to end. The single is the first track featured on F.S. Chxll’s EP, C H X L L, which came out earlier this year. Give “Lost Xn My Head” a spin below and then delve the complete EP (available here).

Houston-based rapper Miles Presley penned this single just in time for that shitshow of horror and misery we called an election. Presley puts forward some serious issues on “Power Struggle” and he sets it to a smooth and steady beat. There’s some serious lyrical prowess on “Power Struggle” that carries through to other tracks from Miles Presley so if you dig this single, I suggest you delve further into the catalogue. You can hear additional singles by Presley through Soundcloud. I recommend “Southern Conscious”. But you should start with “Power Struggle” below…

Baltimore’s Lil Mick offers up this radio-ready jam with his new single “Tonight”. Featuring 40 shorty, “Tonight” is all about making that shift from work-week to off-hours. Only thing that has me confused is why a track tagged with #church includes the phrase, “If you play your cards right, you get the dick every night.” I should say, I am both confused and amused. Lil Mick definitely sets a Friday night groove on this single so it’s one to add to your getting-ready playlist.  Listen to “Tonight” below…

TripOne hits on some hard truths in his latest single, “Kaleidoscope”. The lyrics capture that post-college struggle a lot of us are facing: the precarious finances and uncertain economic future, balancing your dreams against your debts, the obligations one feels toward family against that desperate want for the freedom to pursue one’s own ambitions. First World Problem, certainly, but one that a lot of us are facing. This track might actually be too depressing, but the chill vibe soothes the bite of our harsh realities. “Kaleidoscope” comes to us from TripOne’s forthcoming EP, The Passage. Give it a listen below…