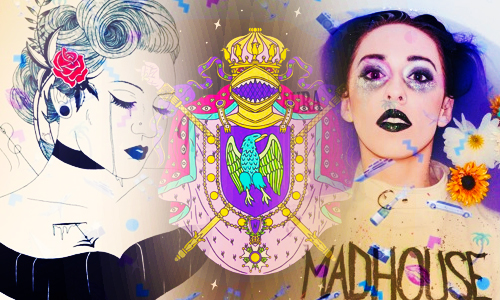 Phoenix might be Luna Aura’s hometown, but this pop potentate spends a lot of time in the Los Angeles area these days. Luna Aura’s latest single addresses that “infamous LA/Hollywood lifestyle,” pairing her introspection with an uplifting energy. If you dig, “The Next One” I also suggest checking out the super fun video Luna Aura made for the track (available here), but the single is available for your listening pleasure below…

The artist who has created music under the moniker Kill Paris for more than a decade faced unexpected outrage for that name in the wake of the Paris attacks, but fans and new listeners alike should readily recognize that the zen, richly textured tracks of this producer do not encourage violence. Quite the contrary. “Junkie”, which delves into the chemistry of love, features the talents of Nevve (who co-wrote this song) and Monster. Love certainly has its ups and down that can leave those subject to its whims feeling like an addict. “Junkie” addresses these emotional constraints as the chill beat and ethereal vocals alleviates the weight of rumination. Give “Junkie” by Kill Paris a listen below (or download it here) and then delve further into the artist’s extensive catalog.

This track from Papa Ya is bound to be a new weekend classic. “Sunny” will have you looking for a bottle of champagne to pop before the first hook. The duo known as Papa Ya is relatively new on the circuit, but they’ve already hashed out some viral hits. I expect “Sunny” will enjoy quite a similar reception. The summertime vibe and fresh production style will hook listeners from the get-go. Consider that fair warning. Listen below and then download “Sunny” by Papa Ya for your personal playlist (available here).

If I’m being totally honest, when I saw the name Mushroom People I expected some clunky, psyched-out electronica; basically, the rave equivalent of a jam band. What I found instead was a chilled out electropop track highlighted by the smokey vocals of Bahamian artist Sophie. Two brothers from Germany make up the musical duo that is Mushroom People and both performed in rock bands before embarking into electronic realms. Maybe that’s why Mushroom People demonstrates such a strong understanding of song construction. Far too many artists look to electronic instrumentation as a means of creating music without having to study traditional modes. Not these guys. Listen to “Favorite Sweater” from Mushroom People below…

A lot of tracks that have crossed my path of late have a retro-style synth sound that harkens back to the early days of my youth (i.e. 1980s). Now, the important thing to remember when adding some retro-chic flair to your project is to adapt that sound for a contemporary audience. Don’t just rehash New Wave or some equally played out sound that has already come and gone. Scavenge the remains and make it your own. That’s exactly what PLAYDATE does on “My Mistake”. Coming from the indie side of the electropop spectrum, PLAYDATE has a style that transcends both time and genre to create something funky and a little familiar but totally fresh. Listen to “My Mistake” below or head here to score your own copy.

There’s some serious shit talking on “Napoleon Syndrome” by coyóte, a band out of the Silver Lake area of Los Angeles. Of course, it’s some high-energy dissing set to a dance beat so I’m all about it. Usually, I ascribe to a no-drama policy unless that drama could possibly end in a dance off. “Napoleon Syndrome” combines super catchy hooks and electropop vitality with club rock guitars and a solid rhythm to ground it out. Make sure you give this new single from coyóte a listen below…

The pop wunderkind known as Mia Koo is “Classically Trained in Violin, Voice, Guitar, Piano, Drums, Guitar, Bass, Terrible Ukelele and a fiend for Clean Audio/Pro-Tools since a very young age.” After working as a songwriter-for-hire, Mia Koo is ready to launch into orbit under her own banner. “See You Online” is available online here or you can check out the single in video form below…