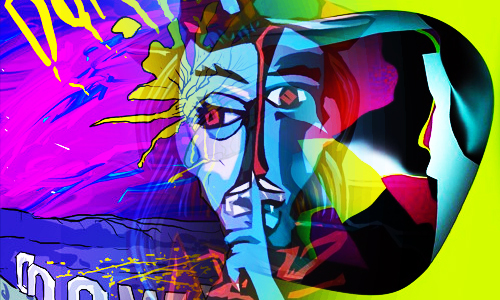 Geebz has a hiphop core and electropop style. His latest single, “Future Wifey”, has a fun vibe that will have you nodding your head as Geebz professes devotion to his unknown future spouse. The uplifting energy prevents the track from getting too sentimental. This single comes to us from Geebz’s September release, Don’t Hold the Juice, and was produced by Sonic Justice. You can give “Future Wifey” a listen below or head here to hear the full release.

Austin’s Mobley collaborated with Catch Fever, a duo based out of Houston, on “Dreamers”; a single that carries a message of hope hidden in its slightly brooding musicality. Mobley creates music he describes as “post-pop” and that’s a term I can get behind to describe his unique mash-up of R&B, electronica, and pop. “Dreamers” has a chill feel that will have you reaching for the repeat button. The proceeds from this track will be donated to the water protectors at Standing Rock to help with their #NODAPL efforts so this is definitely one track that you’ll want to add to your personal collection. Give “Dreamers” a spin below and then head here for that digi-download.

If you’re anti-Millennial, you might want to avoid this single like the plague. But, if you have a certain level of appreciation for the hashtag generation, then you should definitely delve into the infectiously catchy “I LOL@U” from this four-piece out of Rochester, NY. KOPPS keeps things kitschy as they dance along the boundary that divides irritating and brilliant. It figures that the band states that their ultimate goal is to “antagonize and revitalize” modern music. “I LOL@U” is just that: revitalizing and a little antagonizing. Listen below…

We don’t feature remixes often through YabYum, but this Fransis Derelle X Hearts remix of DJ Snake’s “Talk” got stuck in my head after just one listen and I felt everyone else should partake of that same experience. The texturing on this trap remix is insane; moving from kickback cool to total frenzy and back again. And, like any great remix, this update version diverges from the original in a distinctive way that gives voice to the artists crafting the new version. I’m not sure if it’s sacrilegious to say I like the update more than the original, but I do. Give “Talk” – the remix – a listen below…

The Chicago-based DJ/Producer known as Little Indian got her start early in music-making, but it looks like that training is paying off. “City of Treasure” falls more on the pop side of the electro-spectrum than some of the other tracks on this list. The track posses a whimsical liveliness that resides quite nicely beside the chill beat and vocals. “City of Treasure” was released in conjunction with the Melodic Sounds Network and is available for (free) download through Soundcloud. Give it a listen here and, if you dig what you’re hearing, score a copy for your personal collection.

I’ll admit it, I was first drawn to this track because it was an EDM single with the title “Martha Washington”. I guess I am a sucker for a gimmick after all. That being said, the high energy and humorous tinge of the track held my attentions. The soundscape shifts dramatically from start to finish that starts off with a straight-forward club-ready mix and then progresses until it wanders the borderlands near total chaos. Give “Martha Washington” a listen below. But remember, kids, drugs are bad.

Norwegian artist Kristoffer Björntvedt might only be 21, but he has a slick musical style well beyond his years. Björntvedt shapes out electronica compositions under the moniker Travelle and, in doing so, he’s gaining some viral attention here in the U.S. “Nobody Else” sets some tangled romantic underpinnings as the basis for a mellow and meandering soundscape that draws the listener in and holds them captivated until the very end. This is a promising young artist to keep an ear on. Give “Nobody Else” a spin below or head here to score your own copy of the single.