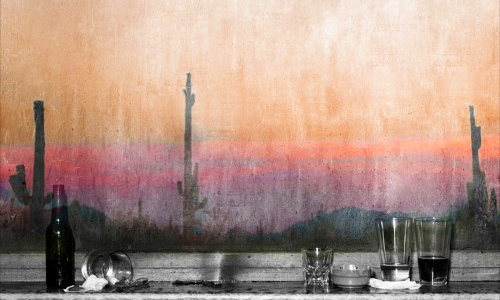 These hometown boys are back with a new EP, Orme Dugas, and they released this single a while back in prelude to the full release. “Keep Me Going” presents the Western folk rock that first put Jared & The Mill on the national radar with enough energy to get a club or bar moving. “Keep Me Moving” is more than a promising start for Orme Dugas. Check out the single below or head for the full EP here.

This folk-rock single from the Michigan Rattlers will have you tapping your feet and ordering a round of domestic beers. This duo out of Petoskey (MI, of course), now based in L.A., has a rustic sound that will tug at your heartstrings with their lyrics and slide guitar. “Last Week” comes to us from the band’s s/t debut release which came out last month. Sink into the single below and then delve the complete release here.

Mike Fullarton, the Scottish singer-songwriter who performs as The Breathing Room, released this gem of an indie-folk track a few months back. “Man on Fire” provides listeners a lithe energy and homey comfort wrapped up in a charming melody. Listen to “Man on Fire” from The Breathing Room below and, if you dig what you’re hearing, consider moving on to the other tracks Fullarton shared through his Soundcloud page here.

Virgina-raised, Denver-based musician Matt Rouch released this sweet-tempered track a few months back. “Adelaide” has a gentle country hue brought out by the stellar stringwork and Rouch’s smooth, single malt whiskey voice. If you enjoy this single, I suggest checking out Rouch’s LP, The Beautiful and The Damned, which came out earlier this year.  But, first, check out “Adelaide” below…

“A Little Less of You”

Dallas-based musician Kyle Sturrock has a touch of down-home twange and a warm, alt-country sound; both of which can be heard on his new single. “A Little Less of You” comes to us from Sturrock’s recent EP and captures that moment when you ready to be done with a relationship. You’ve decided it’s over and you’re good with that. Now, if you could only stop running into that person… Despite the loss implied by the lyrics, the overarching sound has a coffeehouse indie-pop lightheartedness. Give “A Little Less of You” by Kyle Sturrock a listen below…

“Days of Our Youth”

This slow moving number from Levi Robin speaks straight to the core of your being, unearthing long-hidden emotions. “Days of Our Youth” adds a homespun texture to the indie folk sound that supports Robin’s distinctively versatile voice. This also marks Levi Robin’s debut music video so make sure you hit play below. And then, head here to secure your own copy.

Kyle — has a roughed-up, road worn feel to his music. Pair that with such depressing lyrics as, “I don’t need you to love me because I hate myself,” and you have the makings for the perfect evening spent binge-drinking. Kyle will break your heart and resign you to the fact that such feelings might never go away. If you are bedridden with anxiety by the end of “Ibuprofen”, consider delving into Kyle —‘s full release, Nostalgia Blues EP.