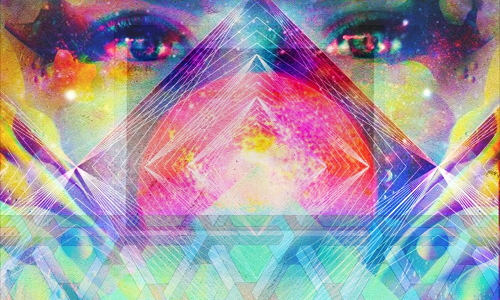 This single from Grandpa Grew Trees starts of like a gentle breeze that whispers of a brewing storm. “Your Song” gains force, and angst, as the music progresses. Elijah Poston, songwriter for Grandpa Grew Trees, demonstrates real emotive energy on “Your Song”, something I look forward to hearing more of when the band drops their debut album this coming January. Grandpa Grew Trees is originally from Memphis but they are currently based out of New Orleans. Give “Your Song” a listen below and join me in the wait for the full release early next year.

Brooks Mason and Lane Kelly are two brothers who grew up playing together in (of course) Georgia. And now the pair create dynamic indie-tinged alt-rock as The Georgia Flood. “Whistle King” is the first single from their latest EP, People Like Ourselves, due out in early December. This track is high-energy with its driving guitars and changing soundscape, but it achieves just the right level of rowdy. Listen to “Whistle King” below and join us in the (short) wait for the rest of the new EP from The Georgia Flood.

The band known as The Real Fits is gearing up for the release of their debut EP next month. In anticipation of that grand event, they released their single, “Sundown”, which fuses vibrant vocals with intentionally restrained instrumentation. The reason for the restraint? To give central focus to the powerhouse vocals, obviously. Give “Sundown” a spin below and get ready for the EP release show at Crescent Ballroom on December 30th (more info here). Don’t live in the Phoenix area? Don’t worry. The Real Fits will be heading out on tour in January so keep watch for shows in your city.

Dallas’ Bravo Max just dropped their much-anticipated sophomore effort, Bullfighter Blues, this month.  “Salt Stones”, the first single from that release, combines a gritty garage rock with an Americana hue and throws in a splash of psychedelia to achieve what we in Arizona like to call a real desert sound. Bullfighter Blues clocks in with a hefty 15-tracks so if you dig “Salt Stones” consider making that album purchase here. You won’t be sorry you did. But, first, listen to the single here…

The Phoenix band known as Luau released a two-track release back in October. “Keep Talking”, the second single from the band’s Cassingle, combines a radio-ready indie sound with anxious vocals. Don’t let the mellow intro lull you into a false security. The calm quickly gives way to a restless vibe that Luau pulls off by churning up a sea of sound. Listen to “Keep Talking” below and then head here to score your own limited-edition cassette copy of the two track single from Luau.

Tucson’s Mute Swan released a 5-song EP, Ultraviolet, earlier this Fall and it’s a real gem. “Just Like Weeds” is the first track from that release and, as soon as you hit play, a sea of slow-moving sounds will start to encompass you. This single is a bit more experimental than our previous selections with its shoegaze fuzz and heavy texturing. That’s part of the reason I like it so much. It’s strange, ethereal, and a little psychedelic. Check out “Just Like Weeds” below and then move on to the complete EP (available here).

The Jim Platt Rhythm Innovation is a rather grandiose name, but I kind of like that. Go bold or go home, right? This musical undertaking by Jim Platt (obviously) and others has a bit of a Britpop vibe that can be heard on their single, “Looking Back”. You might find your mind wandering back to the days of Oasis and Blur as the song plays on, but that’s not to say the track lacks contemporary relevance. Quite the contrary. Jim Platt Rhythm Innovation is a refreshing shift from the inundation of vapid electropop that is funneled into our ears every day. Give “Looking Back” a listen below. And, if you want to delve further, the full EP from whence this single came is available here.