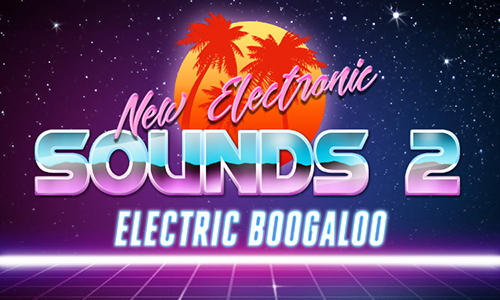 Electronic music keeps evolving. And, with more musicians and artists using electronic devices in their music creation process, it seems that the genre will only continue to grow. Now if you know me you know I like my music eclectic so I decided to take a moment and share the songs that caught my ear recently, each song for their own unique reasons.

Now normally I’m not the type of guy to like poppy-EDM such as DJ Snake and/or Justin Beebs nor am I the type to like the hard hittin’ styles of L.A.’s Slander. But, for some reason, when you slap the two together the perfect dance song combination is born. Working with longtime mentor B-Sides The Legend certainly doesn’t hurt either and I’m sure that has something to do with how undeniably catchy this remix is. Everything about it works from the increased tempo overall to the bicycle chain hi-hat led bass drop. Your ears want will to hear this – well, at least thousands if not millions of pairs do, Slander is on a world tour throughout the rest of the year. Check out “Let Me Love You” below.

Right from the start of its dreamy, marching band intro (yes, you read that right),  I could tell “Honesty” would honestly be the track for me. A “live performance project,” Russell Scott has teamed up with New Orleans’ own Andrew Block on guitar, and drummers A.J. Hall & Alvin Ford Jr. to create The Russ Liquid Test and the EP, 1984. Not only is Russell a DJ, he’s also a keyboardist, saxophonist, trumpeter and plays “a variety of technological extremities.” Combining first line brass with new-school funk, yes, this track is as cool as it sounds. I eagerly await the release of 1984 in November, until then, listen to “Honesty” below.

A bass heavy track, featuring steel drums and piano brass? Sign me up. South African based Khwezi’s “Like an Animal” is undeniably fun, I’m white-people-dancing all over the place here at the office, its electronic rhythms and synth pads executed to great effect. Although it is labeled as having a “Mura Masa vibe” it doesn’t appear to officially be a remix of the track “Lovesick Fuck” (or the just recently released “Love$ick” featuring vocals by A$AP Rocky), however, I have to admit they sound awfully close – I just like Khwezi’s track a little more. You should probably just listen to both and judge for yourself.

Greg Smee out of Pittsburgh, Pennsylvania is wwoman, a lo-fi, “depression pop” act that I thoroughly stand behind. Crafting these psych gems out of seemingly a variety of instrumentation, “New Ferments” is the latest single off of his current album, Let Us Sleep Together. A driving bass line and an old school backbeat compliment the synths and guitar for something dreamy yet active at the same time. Check out “New Ferments” below and if you like what you hear, check to see if he’s still offering free 10-track discs through his Facebook page.

What starts as a seemingly simple house track quickly metamorphosizes into an electro-breaks masterpiece with plenty of new bass thrown in for good measure: “Firedrill” hits hard. Miami’s Landis recruits rapper Dances to track some well placed samples throughout the song, sure to keep any avid fan dancing right along (I swear I did not mean to make that rhyme). I suggest listening to “Firedrill” posthaste and if you dig what you hear, delving further into Landis’ offerings on SoundCloud.

Aviva Sonenreich out of Denver is a DJ and producer who is making a name for herself with her hard basslines and clever samples. “Get Nasty” is no different. As soon as the track begins you should know what you’re getting yourself into. By the time the drop hits with the sampled hook “Let me see you get nasty now”, that dirty bass fills the room and there’s not much you can do other than rock you shoulders. Go ahead, it’s OK. If you like what you hear with “Get Nasty” I strongly recommend venturing further into AVIVA’s tracks on her SoundCloud page.

Although it’s labeled as such and starts out ambient, “Better” quickly drops in heavy bass and kick for a song that approaches hiphop in its delivery. The track-perfect sample, “Things are gonna get better”, floats through your mind as you sit in the vast underground cave that is “Better”, a promise that sounds a little less believable due to the stark realities sonically put forth by Glofi. The bridge of this song (think of the plank and rope variety precariously placed over a violent chasm) truly sent me into wondering whether things would indeed get better. Then the comfortable main sample dropped in again and I knew everything would be alright. Dig deep within yourself and become inoculated with Glofi’s “Better” below.