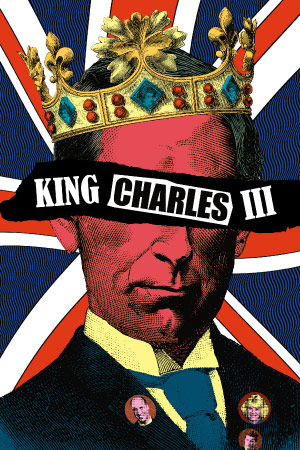 The Arizona Theatre Company kicked off its 50th Season this past weekend with King Charles III. The play centers on the British royal family following the death of Queen Elizabeth II. Much to my surprise, King Charles III proved to be my favorite production that I’ve seen thus far from the ATC.

Now, I’ve seen quite a respectable number of shows through the Arizona Theatre Company in recent years so I’m not just tossing out unfounded compliments here. King Charles III, a thoughtful play tinged with sharp and subtle humor, brought to life the interior world of the famous Windsors, a family known for remaining hush on all personal matters.

King Charles III, which took home awards for Best New Play from both the Critic’s Circle Theatre Awards and the Laurence Olivier Awards, combines contemporary theatre with Shakespearean allusion for an experience that will leave you thinking in the days that follow. And, the Arizona Theatre Company comes through in shining colors on their delivery from the stellar cast to G.W. Mercier’s minimal yet exquisite set design, and to director Matt August’s use of these two aforementioned strengths.

One can only begin to imagine the challenges both cast and director faced given that the characters within the plot are real, living people known the world over, but, for the duration of the play, the audience was granted a portal into life within the palace during a time of crisis. Peter Van Norden portrays the Prince who will be King, Charles, for a knock out performance that delivers Hamlet one moment and Lear the next with maybe a bit of Falstaff thrown in for good measure.

Adam Haas Hunter as William and Dylan Saunders as Harry each created a distinctive and compelling likeness of their prospective prince while Cathy Dresbach’s portrayal of Camilla added just the right touch of classy snark to the ensemble. Kate Maher Hyland depicted Kate, Duchess of Cambridge, with a tight-button grace and a Lady Macbeth ambition that just might save the monarchy (or destroy it).

Fans of Shakespeare will love the play’s repeated references to the works of the Old Bard while those that prefer a more modern wit need also look no further. King Charles III was a superb way to kick off the Half-Century Season of the ATC.

And, don’t forget, there is still time to catch King Charles III. Tickets can be found here. The show runs through Oct. 23rd and is not to be missed. 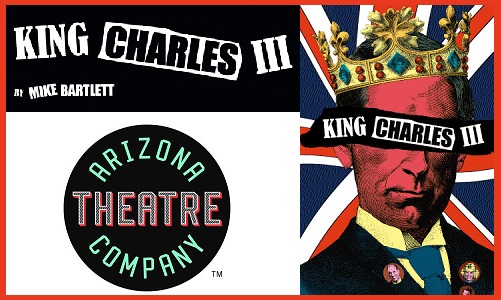