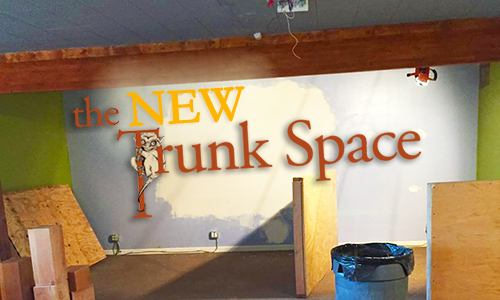 All photos courtesy of The Trunk Space

I’ve always been a music kid.

While my friends were using their allowance for My Little Ponies and neon scrunchies, I was socking away for that New Kids on the Block or Debbie Gibson cassette (I was seven, btw).

The point is, I’m always on the watch for that new musician that kicks me in my chest or vivifies my spirit. And, when I find that song or album that I can’t stop listening to, I have to tell everyone I know about my new discovery.

This is why The Trunk Space has been like a second home to me since I moved back to the Valley of the Sun in 2009. It is the place for folks like me who want to know about new music first and that’s because this venue has served as a launching pad for emerging acts since its inception more than a decade ago.

When The Trunk Space closed the doors of their original location on Grand Avenue, I was subject to waves of nostalgia about that sweaty little cupboard where I heard more bands than I could count, but I was not heartbroken because I knew this was only a transition and not the end of an era.

Now, as the summer heat is finally in its late-term death throes, The Trunk Space stands poised to return after a long and lonely season without them. I’ve visited the new location on a few occasions now while they were still testing out their potential home and, let me tell you, this place is amazing.

But I’m not going to tell you about all that for two reasons. First, you should be making plans to visit on your own if you haven’t already. And second, I had a chance to chat with Steph Carrico, matriach extraordinare of The Trunk Space family, about the new location and what’s in store for the future of Phoenix’s favorite D.I.Y. (ahem, I mean, D.I.T.) music venue. 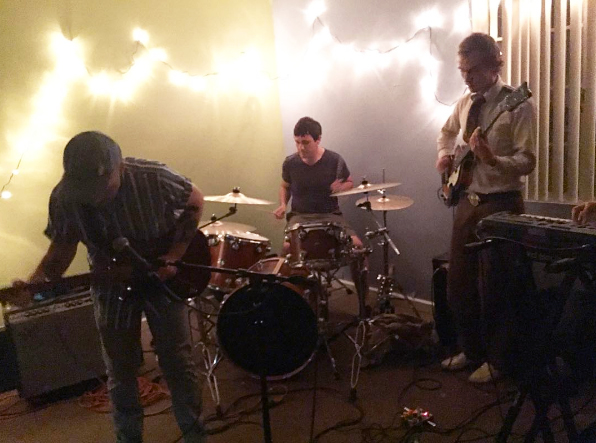 YabYum: So, can you tell us a little bit about the new space in terms of what they can expect? I know you were looking at different locations. What drew you to this spot?

Steph Carrico: The new space is wider then the old space and not as deep. The performance area is slightly smaller then the old space, but we have access to Hope Hall a couple times a month and Hope Hall has on occupancy of 375 people, so if we have larger shows we can accommodate them there.

The old Trunk Space was aprox. 1100 sq ft, the new space is aprox. 1,600 sq ft. We will have a greenroom, 2 bathrooms and a couple extra rooms that we will be using as either artist studios or office space for an arts related non-profit. We are not yet sure. There will be 3 rooms total available for people to use for workshops or classes, which I am pretty excited about. We just want to be able to offer as much as possible to the creative community.

The space is really fantastic. I love that it is so close to Roosevelt Row, there is a lot of parking as well as access to a lot of street parking, the library is walking distance so people could park there as well and walk over. It is near light rail. The Gothic architecture is beautiful. The courtyard with grass is a great place for people to hang out. It’s bigger then the old Trunk Space by about a 1/3. Plus having access to do shows in the courtyard and Hope Hall really expands what we can do.

It is really hard to pick a favorite! There are a bunch of things I really love about the new space. I love the colors! Our friend Corey showed up with a bunch of miss matched paint that he donated to us, Seth [Kasselman] did a fantastic job mixing paint to make some really wonderful colors. I also love the drinking fountain! For years I thought it would be great if Trunk Space had a drinking fountain, and now we do. I love how the space feels like a mini legit venue. It’s a lot wider so more people will be able to be up front. The stage is bigger too. The courtyard is really beautiful, so far people really seem to enjoy sitting in the grass and in the breezeway between sets. 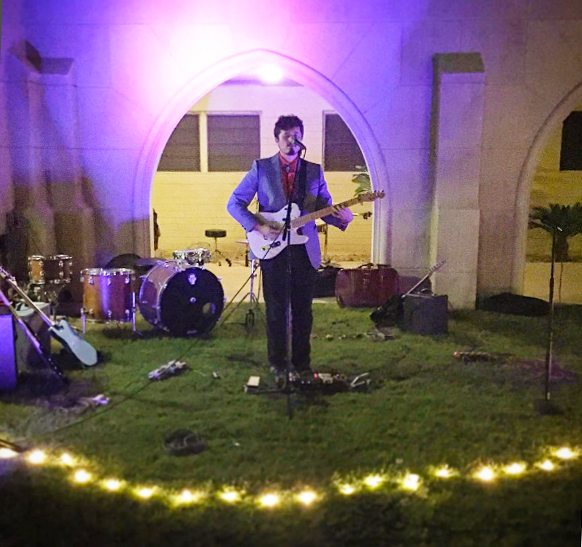 The new location seems like it makes it much more accessible for public transit. The Lightrail runs nearby and there are buses that also run in the area. What do you think of the new location in terms of accessibility?

I am so excited about how accessible the new space is. I really wanted to stay downtown, which the new space is even more centrally located then the old one, light rail is a block away, and there is a lot of parking.

Over the summer of reprieve or, as us Trunk Space fans called it, the summer of sorrow, you hosted a number of pop-up shows around town and even in Tucson. Do you plan on retiring the pop-up venture now that you have a new home or can we expect more Trunk Space pop-up events in the future?

I bet you didn’t expect The Trunk Space to have the sort of enduring longevity its enjoyed when you first undertook this venture. I also know it’s taken a lot of hard work to see it through this far. Has the bumpy road been worth the effort?

I have to confess I have been like the boy who cried wolf when it comes to wanting to quit. It’s a lot of work. Sometimes when people get really critical it doesn’t feel like it is worth it. But for every one person who puts down what Trunk Space does there are 100 people praising it, so I try to stay focused on the positive.

Do I think it’s worth it? Today I do, but if you ask me again in a week I may say it’s not :). I think people need a place to be able to be creative and take risks with their creative work. I think it is how artists grow. You have to have a place to work towards your 10,000 hours. Also, I feel people are happier when they have a sense of community. My hope is that Trunk Space provides that too. 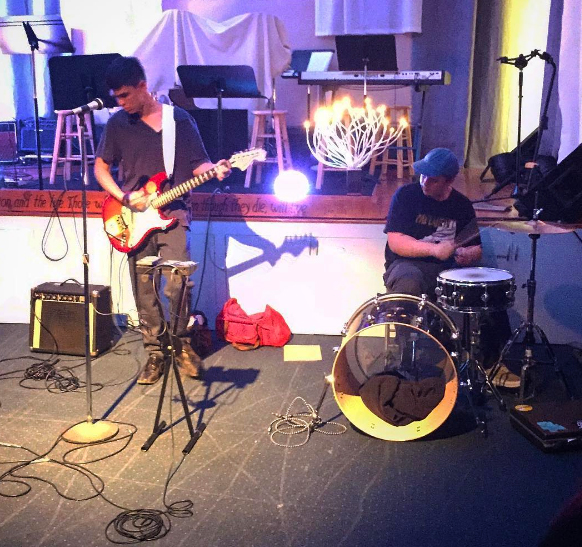 Not only do you have the new Trunk Space space, but rumor has it, you’ll also be able to make use of other buildings on the church property on occasion. Any bands you have in mind that could make use of the extra occupancy? I, of course, am thinking first and foremost of AJJ.

Yes! We are going to pop-up in other locations in the church. Some of the performers I have been fantasizing about are Jeph Jerman, and Lucky Dragons in the Sanctuary, and The Music Tapes, AJJ, Lightning Bolt, Kimya Dawson, Harry and The Potters, in Hope Hall. Maybe we can finally talk They Might Be Giants into playing Trunk Space. That’s been the dream since Trunk Space opened.

The Trunk Space currently has a fundraiser underway for the new accommodations. Any plans for the new funding you can share?

We have started a Razoo to try and raise funds for the new space (more here). Torch Theater has agreed to be our fiscal sponsor until our non-profit is set up so any donations are tax deductible, plus there are some cool perks such as a limited Jim Ether print, and your name on our sponsor wall. All funds raised will go towards the remodeling of the space, the rent for the first couple months until we get our footing, and fees associated with getting the non-profit set up.

It seems like it’s already been a big year: leaving Grand, pop-up shows, and now the big move. What’s next for Trunk Space? Or, now that you have a new space, are you just looking to settle and get back to business as usual for a while?

I want to the new Trunk Space to be the best D.I.T. (do-it-together instead of do-it-yourself) art space possible. I want it to be the apotheosis of 12 years of learning from the original Trunk Space. My hope is with the non-profit Trunk Space will feel like a community space in a whole new way. I want it to be something we can all be proud of. 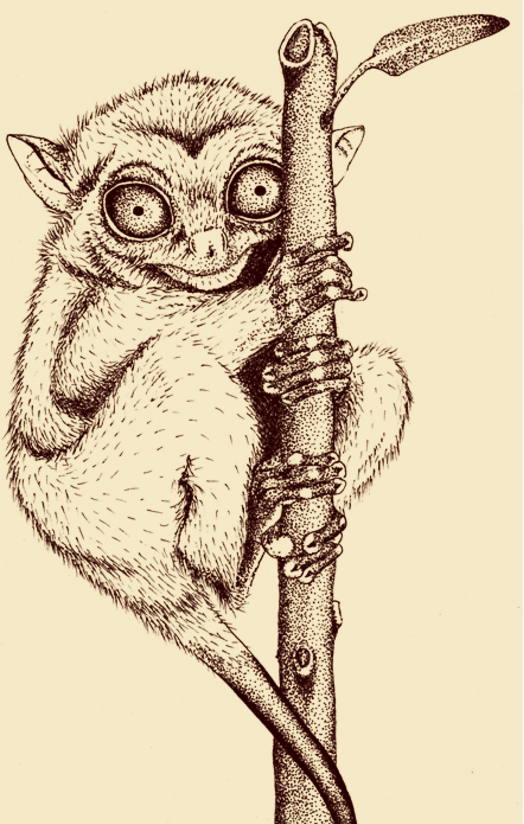