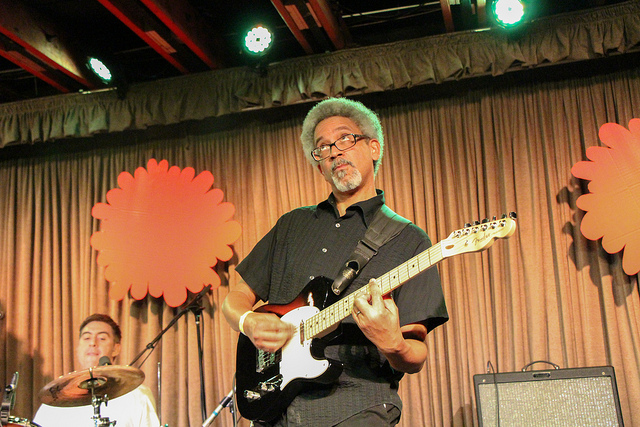 All photos courtesy of Michael Cornelius

Michael Cornelius doesn’t need much of an introduction.

Having been a founding member and bassist of the influential skatepunk band JFA, he continues his musical legacy with his current project, The Father Figures; playing intricate, post-punk, jazz-inspired chords on the guitar.

Their next show is for a split 7″ release on President Gator with Playboy Manbaby at the Crescent Ballroom. Although both bands are quite different in many ways, they’re also quite the same in they both put a unique spin on punk rock.

Michael took the time to answer a few questions concerning the Phoenix music scene, his photography, and what’s upcoming for The Father Figures.

Michael Cornelius: I played both guitar and bass from the beginning way back in high school. The people I jammed with in high school ripped on guitar so I played bass. In the Jr. Chemists [Michael’s band before JFA], I played both and also the drums. I played drums in a band for a hot minute but they were borrowed drums so that didn’t last. I played bass in JFA and Houusequake. I played guitar in Zuwal in the late 1980’s. I played bass in Suite No. 3 in the early 1990’s. After a long hiatus I decided I wanted to play guitar in a band again and jammed around with people before getting together with Tom and Bobby. 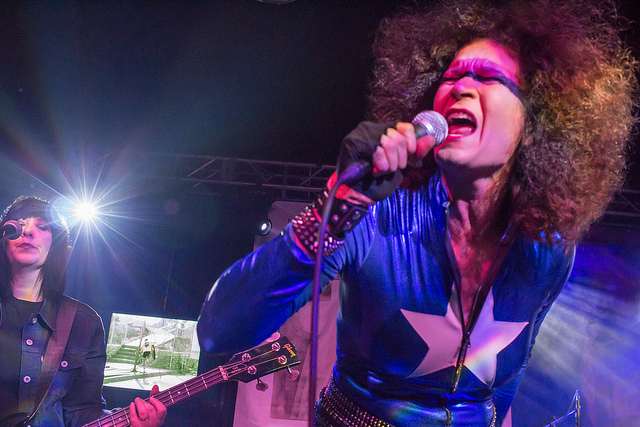 Are there any striking similarities between the music scene or, more specifically, the punk rock music scene, between now and the early 1980’s? What are the biggest differences? Would you say it’s gotten better? I’m hoping it’s not worse.

It’s a lot of the same people! There really is no comparison between what happened in the early 1980’s and what’s going on now. The whole concept of bands playing their own songs live in a club was actually new back then. Only cover bands got booked at clubs. We had to play rented halls, condemned clubs rented under the table, and a wrestling rink. Even later during the Tempe music scene heyday it does not compare to today. Bands didn’t get paid well at all. Some of the clubs were shit holes with bad sound. Even the legendary Sun Club was a swamp-cooled shack.

Now we are spoiled by not only the number of clubs but the quality of the clubs too. The Crescent has a great stage, great sound and a killer restaurant to eat at between sound check and the show. The Rebel, Valley Bar, Rips, Yucca and Last Exit Live are all better than the clubs we used to play in back in the day save for Hollywood Alley. I still miss that place.

It’s so much easier to play now. Call a club, book a night, post the show around the internet and people show up. We used to have to do so much leg work. 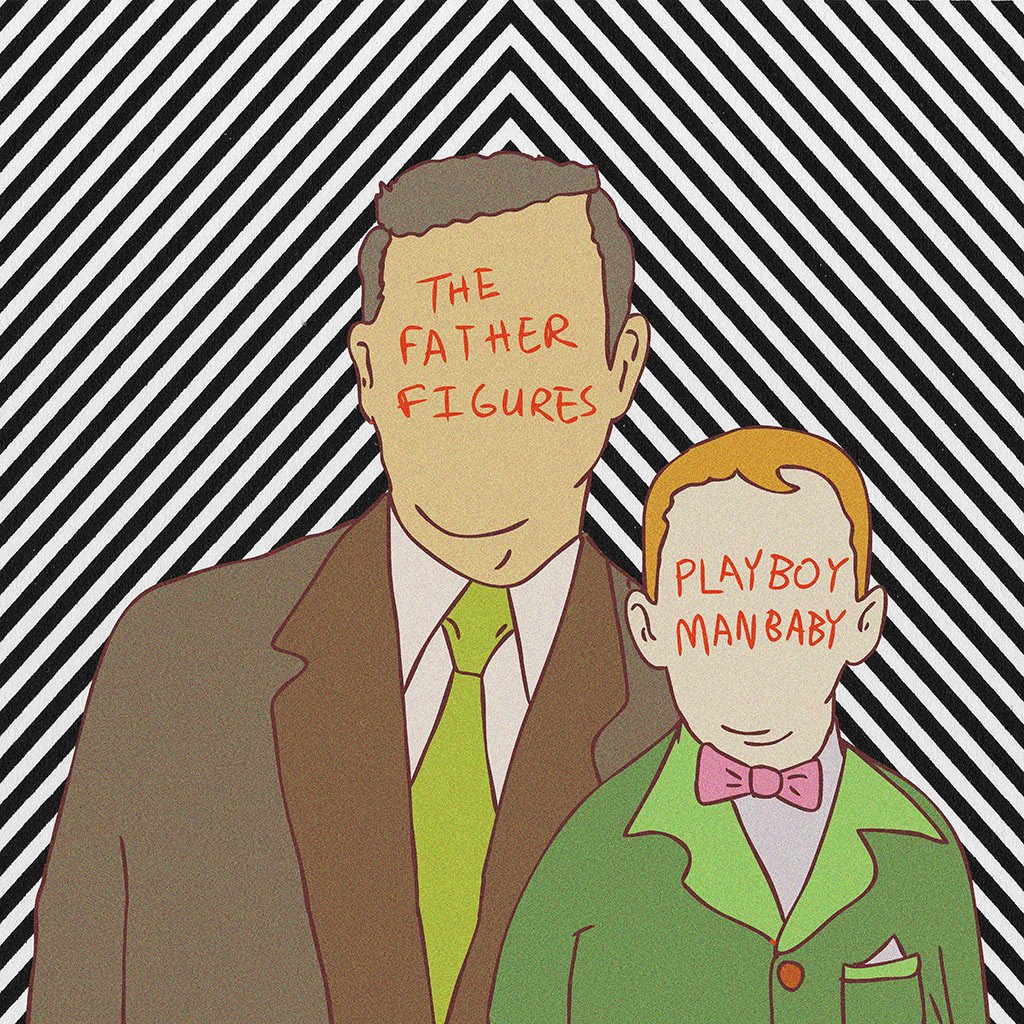 Please tell us some about the new split 7″ with Playboy Manbaby. Where did you record it? How did this musical partnership come about? Was this song specifically recorded for the record or was it one that remained unreleased?

We recorded it at Full Well Recording Studio in Phoenix in August of 2015. We did it for the split 7. Jeremiah asked us to be on the record so we booked some time at Full Well.

(Subsequently, Playboy recorded their track at Eamon Ford’s studio and as lead vocalist Robbie Pfeffer explains, “it was originally going to be on Don’t Let It Be [the Manbaby’s new album dropping soon] but we really liked the song and didn’t want to bury it in the back of the album so the split was a perfect place for it!”)

How about President Gator? Do you guys know Jeremiah Gratza or did he approach you about doing the split?

We know Jeremiah from the music scene. He paired us up with Playboy Manbaby. I was stoked from the beginning because they are such a great band. 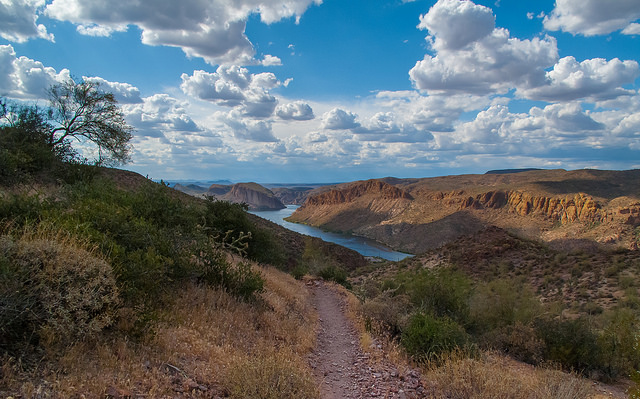 How long have you been interested in photography? I remember the first time I noticed you at a show, you were busy taking pics!

I have been into photography for decades. I like to take live music shots sometimes. Mostly of local bands just to spread the stoke of the local scene.

Besides the split release, is there any other Father Figures news we should know?

We are in the middle of recording album number 4 at Villain Recording; the same place we recorded the first three albums. We should have it ready to release early next year. Some of the songs have been in our set for a while and a few are so new we have not played them live yet.

Between skating, playing in a band, and pursuing photography do you have any “free” time?

I work a full-time job in my free time.

One of the coolest things I read about you is that you broke your wrist whilst recording the first Father Figures album due to a skateboarding accident. Skate or die until the end, Michael?

I’d have to disagree on the cool part. It was terrible. It was 10 days before the date we had booked to record the 2nd album All About Everything. We had to delay it 10 weeks and even then it was hard to get it all going again. It was not the first time I had gotten an injury that affected my ability to play. Way to end the interview on a high note.

Make sure to catch the Playboy Manbaby / Father Figures Split 7″ Release Party at Crescent Ballroom this Friday Oct. 7. Only 500 pressings of this piss yellow vinyl were made so when they’re gone, they’re gone! You can also purchase the record here if you can’t make it to the show (although you will be supremely missing out). 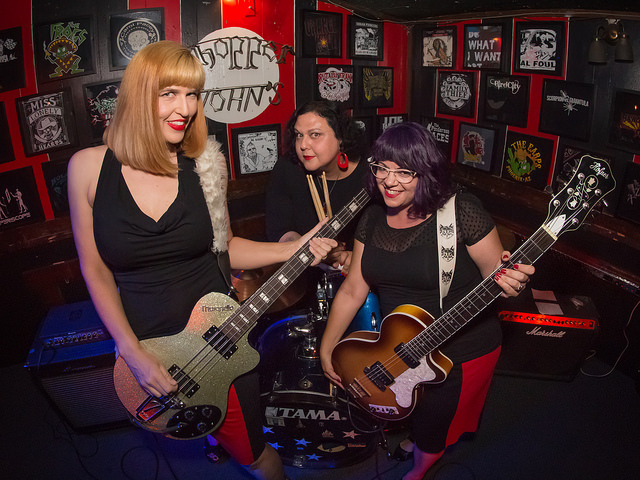 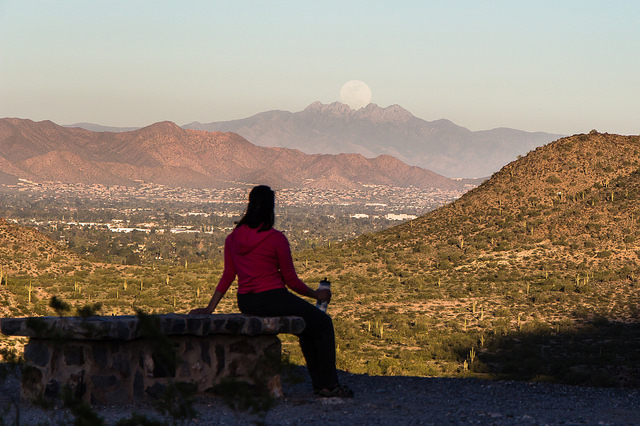 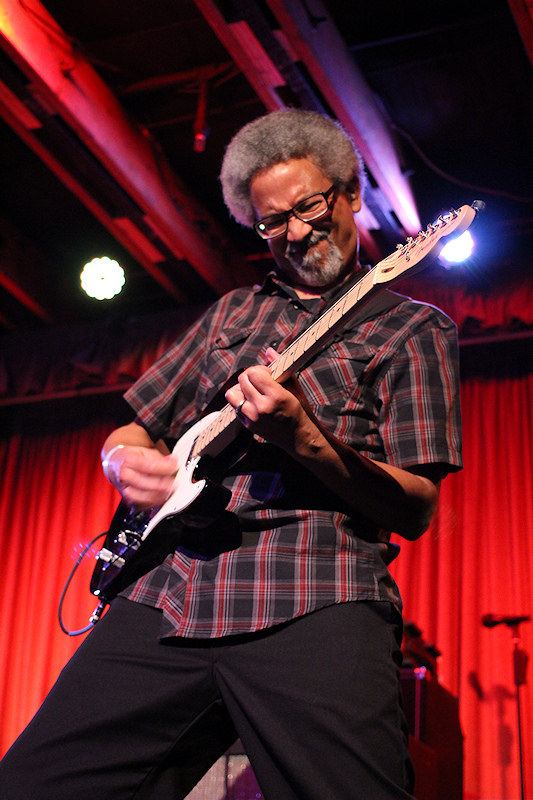