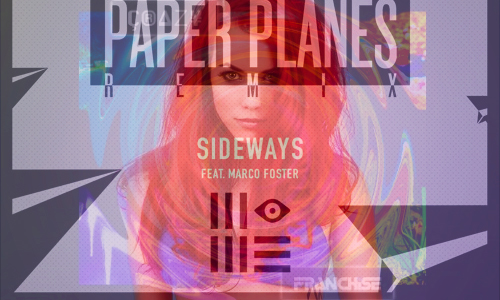 I’m a firm believer in the power of a good cover. Some folks choose a popular song and re-envision it in their band’s own unique style. Others choose an obscure number to demonstrate a little street cred. Whatever path you choose, a remake or remix (hey, it’s the 21st Century) can attract new listeners with a familiar chord or verse or, well, you get it.

“Every Little Thing He Does is Magic”

The seven-time Grammy nominee artist Tierney Sutton covers “Every Little Thing [S]he Does is Magic” by the Police for her new album, The Sting Variations. I know what you’re thinking. Did she really do a whole album of Sting covers? The answer is yes, but one spin of this single will change your whole view of such an undertaking. Lithe and jazzy, the Tierney Sutton Band takes the summer classic and turns it into a number best enjoyed in a dark and smokey afterhours club in New York or Chicago. You know, the place musicians go to jam after they wrap up their paying gigs for the night.

I was raised in Arizona so I have a special place in my heart for Bananarama’s “Cruel Summer” and now that love is reborn with Miss Krystle’s remake of the 80s classic. Of course, Miss Krystle puts her own dance club spin on the cover and turns up the energy while also adding some electropop elements. The AZ-based artist sure knows how to move a crowd. Miss Krystle’s version of “Cruel Summer” is the perfect way to close out another hellish season of heat in Phoenix. Listen here…

Jes Lamb & the Factory kicked off their West Coast Tour last month by for Bootsy Collins at Paramount Theater in Oakland. Now, when you’re a relatively new band opening for big names, it’s always a good idea to have a stellar cover song available for the audience. Think of it as a tool for translation. A (reasonably) famous song redone in your band’s own signature style. It eases the crowd into unfamiliar originals. This cover of “Ain’t No Sunshine” does just that. Jes Lamb & the Factory take a popular number and re-envision to suit their own modern funk sensibility. I’m about it.

The L.A.-based duo known as Tasty Treat joined forces with vocalist Marco Foster for this electropop rendition of Citizen Cope’s “Sideways”. This cover holds to the romanticism of the original while easing up on the anguish. The shifts in tone and energy transforms the emotional push of the first into something you can sing along to with your friends… you know, without anyone starting to tear up and making things uncomfortable. Tasty Treat recrafts the track to offer listeners a sense of hope. Listen below.

New York producer MIME offers up this club-ready remix of M.I.A.’s “Paper Planes”. MIME takes the mellow vibe of the original and electrocutes it with some funky house hooks. This track dropped a couple months back and definitely added some bounce to more than a few downtown drives since then. Give MIME’s remix of “Paper Planes” a listen below.

The electropop duo known as Magdalena Bay takes on “Head Over Heels”, originally by Tears for Fears. Adding a synth-heavy layer and bubblegum pop vocals, this new rendition has reinvigorated my love for this radio hit of the 80s. And the music video is a lot of fun too. Check it out here…

FRANCHISE is originally from Miami but he now calls NYC home. You can hear elements from both locales in this re-envisioning of Gnarls Barkley’s “Crazy” from the trance-like layering to the minimal approach. The vocal stylings of Jonathan Smothers add an emotive edge as the song progresses. Franchise definitely took the song out of its genre and completely restructured it for this new version.