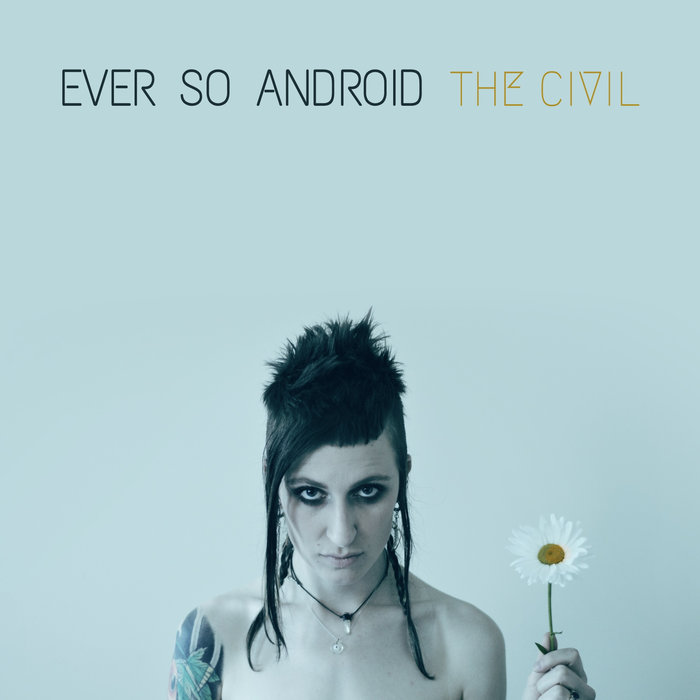 When the news was handed down that this mag would be expanding their coverage outside of the southwest region, I immediately set my sights on Ever So Android.

This is a band that I’ve been dying to write about for some time now, and the timing couldn’t be any more perfect. Thanks to a successful crowd funding campaign supported by rabidly loyal fan base, ESA have dropped their newest EP, The Civil, on the masses for consumption. But to fully appreciate this release, one must go back to the band’s primordial days of grit before taking in the polished version of today.

Armed with a looping pedal of beatbox rhythms and glitching feedback, Drew Murray (guitars, programming) would set an uneasy mood that sang harmonically with his electro-bluesy riffs. Now enter Hope Simpson (vocals), a tall yet tiny chanteuse with a voice big enough to fill a church hall during Saturday night mass.

The chemistry and dynamic between the two is undeniable. But it’s the synergistic three-way between man, woman, and machine that drives their sound with an eerie balance of give and take. What they produced on their 2013 self-titled EP were melodious offspring swirled in battery acid.

Fast forward three years later to The Civil, and we can hear the evolution and maturation of their sound. Taking on new member Ben Hilzinger (drums, samples), the songs get a Terminator-esque upgrade from rubber skin to real flesh folded around the Android core. The symmetry within these musical cyborgs couldn’t be any more perfect.

Chunky guitars and driving rhythms provide the nuts and bolts while Simpson’s vocals and saturated sequences keep the machine oiled on tracks like “Pretty Teeth” and “Sons and Daughters”. Producer and musician Bill Rieflin (King Crimson, REM) provides the extra elbow grease and screwdriver work, giving the EP a sheen that retains the heart and soul of the band.

If the band’s first two releases see them as crawling then walking, where will the next evolution take them? Although human, they are inhumanly patient with their art.

Listen to The Civil by Ever So Android below.