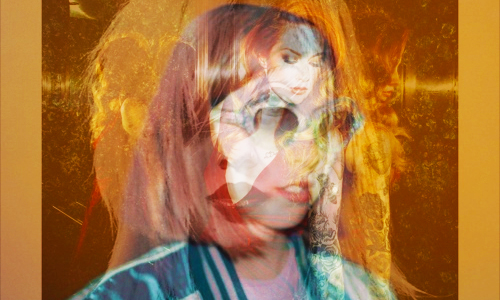 I’m not sure what a “glam jock” sound is, but if FEMNY is a good representation of that genre, I’ll take it. I’m more inclined to say they put a lounge-spin on indie dreampop, but that’s me. This PHX act is just starting out, but I hope they’re here to stay. “Duck Jesus” is after-dinner mellow with an ironic twist. The single was tracked, mixed & mastered by Eamon Ford and you can give it a spin right below. The rest of the album comes out December so keep your ears open for that release.

Artists often craft a persona before embarking on a musical endeavor. The artifice of new self can help shape a look or sound. Red Rosamond dares to ask, “What would happen if 007 was portrayed by a strong female lead, photographed by Helmut Newton, and adorned with a soundtrack of dark romantic soul?” This track is the result. Sultry and only slightly brooding, “Looks Can Kill” could easily appear on the soundtrack for a spy movie or something Noir. Think lipstick, cigarettes, and seedy bars populated by nefarious characters.

What says summertime like some hiphop-infused funk-rock? Nothing. With in summer rearview, you better invite some friends over and get your last flannel-free BBQ in before the chill of Autumn takes over for good. Philly four-piece, Wetbrain, dropped this new single that is the perfect weekend road trips or jamming on the way home from work when you want to shake off the bad vibes. “Filter Face” combines alt-rock, funk, and hiphop for a get-down feel that will stay with you.

Tim Atlas creates a sound that bubbles through you with an uplifting energy. “Wander” starts off playfully before launching into a full on revival of the spirit. Originally from San Jose, Atlas recently relocated to L.A. which might have something to do with his impending appearance on a reality TV show. Really. Before he gets all kinds of famous, check out Tim Atlas’ single, “Wander”, below…

Beautiful, mellow, and meditative. “Morning Dress”, a new single from Brooklyn-based singer-songwriter Pat Kennedy, is the perfect song for a quiet, cool Autumn morning. This track comes to us from Kennedy’s new EP, simply titled EP, which was released in August. Folk fans everywhere should check out Pat Kennedy. Listen to “Morning Dress” below and consider delving into the complete EP, available through Bandcamp.

Combining abstracted pop with electronic instrumentation, Unlike Pluto crafts a radio-ready number with the track “Found You”. The Atlanta-based artist joined forces with Michelle Buzz for this song. Unlike Pluto used samples from some 1955-70 records, both jazz and psych, to achieve the cleverly textured sound on “Found You”. In fact, once you listen to the track, you’ll probably be surprised by the artist’s sources given the entirely modern style. The single appears on a complitation from Monstercat (Monstercat 028 – Uproar) which is available here, but you can preview “Found You” below first.

Macy Todd might describe her sound as “folk-tinged pop music” but this new single has a blues-band slink to it that will have you swaying your hips as you listen. “I’ve Got a Feelin'” is a promising start for this 19-year-old artist from Georgia. Todd has a rich, powerful voice and a timeless sense of style. Both can be heard on her debut single. Check out “I’ve Got a Feelin'” and, if you like it, you can add it to your personal collection here.