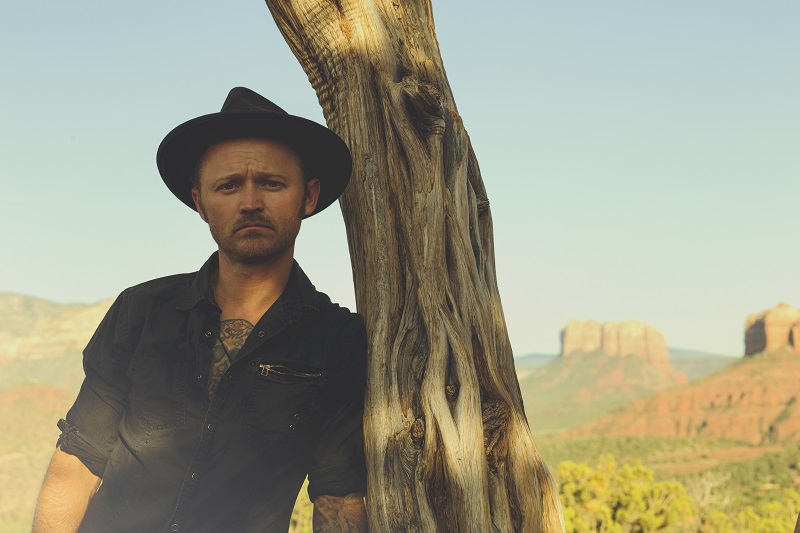 It’s no secret that decker. is a bit of a sweetheart of the YabYum staff. It seems like oh-so-many years ago now that Brandon Decker took the award for Songwriter of the Year and since that time we’ve watched the band/the artist/the collective finely tune a transmogrifying sound.

Patsy came out last year to some rave reviews, but did decker. take time off to enjoy a season of accolades? No. The band committed to a grueling tour schedule and got to work on their next album – Snake River Blues is the result of that effort.

The new EP has a bigger sound than previous releases – the sort of sound that tears through a crowd and rattles every individual within earshot to the core. Earlier albums have more of a solitary feel.

In achieving a grander, barroom-ready sound, decker. did not sacrifice the intimacy that marks his songwriting. Therein lies the true potency of decker.: raw, brutally honest lyrics with authentic, emotive power.

Snake River Blues achieves the energy of mystical force. That combined with its lyrical quality marks Snake River Blues as a memorable release; one that will live on in your mind long after that initial listen and all the listens to follow. This is an album you take along on long drives, that you listen to in your bedroom on an at-home Saturday night, that you learn all the words to so you can sing along at the incredible live experience that is decker. Snake River Blues is dark, brooding, soulful, and magical.

I had a chance to ask Brandon a few questions about the new album, life on the road, and what’s next for decker.

YabYum: So, fill us in on your year following the release of Patsy. What were you up to while penning Snake River Blues?

Brandon Decker: Well, its all a big blur. We worked hard, to the brink really, on Patsy and touring it. I came home and was tired of the music we were performing. I ended up on this Muddy Waters kick, along with some Chuck Berry, Tom Petty and then this Thee Oh See’s record Carrion Crawler and wrote all the songs in a few weeks. It happened really quickly.

Let’s talk about some of the nitty gritty of Snake River Blues. Where did you record the EP? Which artists from the decker. menagerie appear on the recordings?

We did the record with Bob Hoag at Flying Blanket Recording. The performers are Amber Johnson on keys (etc.), Andrew Bates on bass, Nick Ramirez on drums and myself as the core. Bob does – surprise surprise – some percussion! Only other player was our buddy from The Haymarket Squares, Mark Allred, who plays the big slide solo on the “Snake River Blues” track.

There is a mystical current that runs through your music – something I think your newest music video really encapsulates. What’s at the spiritual center of Brandon Decker?

I’m interested in mysticism, magic, the spirit, as I think we all are fundamentally. I’m interested in growing in my spiritual awareness. I’m aware of my frailty and imperfection. I really try to focus on gratitude, compassion, and presence and seeing that everything is Creation.

It seems like your time is divided between a hectic road life spent playing shows around the country and a quiet home life hiking and camping and passing hours with your son. Does this division result in a sense of balance? Or do you feel split between two different modes of living: always thinking about the other when living one?

You know, not much about my life has been balanced. But I’m working towards that end always. I have a robust life and feel very blessed. There are definitely these two very different sides: the dad life and the music life.

With certainty, right now, I enjoy the dad/hiking/nature part vastly more. It makes sense. To whatever extent I’m involved in “music business,” I’m growing less and less interested. It’s a big crock of shit from what I can tell. It really is like the Hunter S. Thompson quote about music*. But yes, I’m obsessed with my work nearly every waking moment and, while I try not to let that run all over my time with my son, I’m just compelled to work. Then the moment he’s gone and I’m on the road or whatever all I think about is being with him. I am absolutely never bored. I can tell you that. 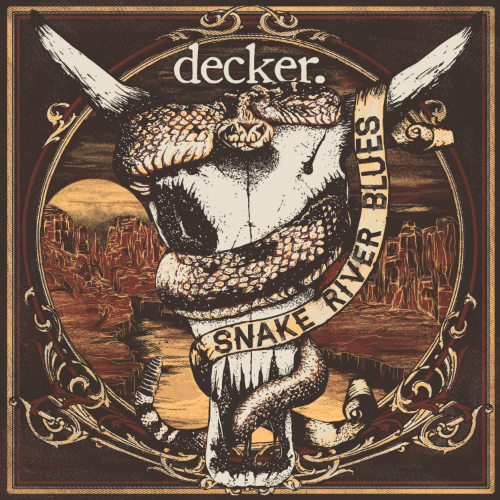 There is an air of desperation on Snake River Blues (as well as prior recordings), but in person you seem like a pretty zen dude. Do you fuel all your artistic and existential angst into your music or what?

Ha! Well, there is an air of desperation in my life. I’m happy to hear I seem zen! Music has definitely always been a place I work out some of the kinks of living. I mean, that is precisely what it is to me. I have no small amount of existential angst and music is one way I process it. That and whining. And hiking. And psychedelics.

You have an upcoming residency at Rockwood Music Hall in New York. I just so happened to be in New York one time when you were playing there and it was a spectacular show. What plans do you have for your month-long residency?

Well, we just wanna pack the house and kick some ass. We basically toured the country three times last year. And the ugly kind of touring. The no-money, sleeping-on-floors, is-the-van-gonna-break-down kind of touring. We don’t have rich dads or labels paying for our shit. When we got home, exhausted as I was, I felt hungry to make a bigger splash as quickly as possible. Instantly the notion of releasing a new album with a New York residency became the focus. Past that we just really want to survive it. The Snake River Blues endeavor has proved every bit as complex as touring and here we are again – exhausted!

I know you spend a lot of time on the road. I’m curious to learn if it’s all late nights, early mornings, and gas station food or if you get a chance to soak in some of the local culture in the various spots you stop in?

For the last few years we’ve really tried to. Doesn’t always happen. But I’m a nature boy. I love water. I try to get in rivers, creeks, hot springs or the ocean or go on a hike or play some frisbee in the park. We try to take things in. But again, it’s always a bit of survival mode.

And, as per usual, tell us what’s next for you. Album release, residency, and then?

Rest. I definitely plan on resting. I’ve been essentially non-stop since fall of 2009. I doubt I’ve taken 20 days off since then. I’m ready to ride the wave a bit and see where the inertia carries things.

* “The music business is a cruel and shallow money trench, a long plastic hallway where thieves and pimps run free, and good men die like dogs. There’s also a negative side.” – Hunter S. Thompson