Kickstand Records is relatively new to the punk rock label game, but don’t let that fact fool you.

Within their short history they’ve amassed eight releases, including a 50+ track, name-your-price compilation featuring bands from the Valley and beyond.

It should be no surprise that we cruise Bandcamp a lot. At the beginning of the year I began to notice a few Kickstand releases on there and, by the middle of the year, I really felt like they had something going so I began paying closer attention.

They offer a smorgasbord of punk offerings: from the classic punk shenanigans and pop-punk hijinks of Dr Bob’s Nightmare and Loser Points, to the badass skate punk of Rundown Kreeps, to the SoCal sound and mid 80s-early 90s style of Good vs Evil and At The Courthouse. Kickstand Records seems to offer it all.

YabYum: Who am I speaking with? How many folks help operate Kickstand Records?

Kyle Cole: You’re speaking with Kyle Cole. I’m the soul owner and operator of Kickstand Records. There isn’t anyone else involved. Just me and the bands on the label. Small and simple.

So you’ve been in operation a little over a year? What made you decide to start a label?

When I started the label I didn’t even think it would make it one week but, yes, we made it a little over a year and are still going. But we’re still young. Baby steps. Haha

How many bands are actually on the Kickstand roster? It seems like it’s varied quite a bit over time. You’ve also signed bands from all over the country, have you personally known any of them or did you just hear their stuff and say, “I wanna release that”?

There are 5 bands on the roster at the moment: Good vs Evil, Rundown Kreeps, Loser Points, Dr Bobs Nightmare and we just added At The Courthouse. I knew a few of them personally and a few of them I just heard and started talking back and forth with and liked what they do. So it went from there. 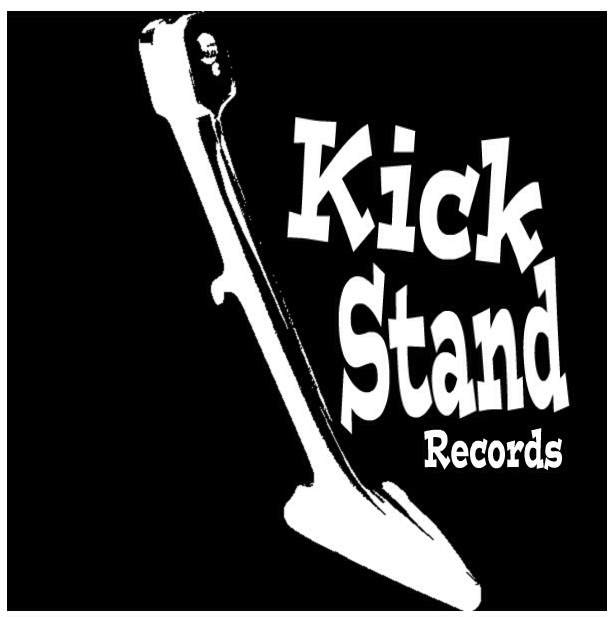 With that said, do you accept submissions? If you do, how would bands pursue that?

Yes, I do take submissions all the time. I always try to listen to everyone that sends stuff. Bands can submit links to their music to kickstandrecords@gmail.com

You just released the mega, 59-track Compilation Vol. 1 a couple months ago after putting out an open roll call for bands to submit. That response just seems incredible! Did it surprise you or was that kind of what you were expecting?

No, I wasn’t expecting the response it got at all. So yeah, big surprise. To be honest there were over a 100 tracks submitted. But with the help of a few close friends we got it cut down to 59 awesome punk rock songs.

What is your take on the Arizona punk scene? Is there anything you’d want to see change?

To be honest the AZ Punk scene is one of the best scenes out there. A lot of love between the bands and people. Really wouldn’t change anything. It’s great.

Can you speak any more on your collaboration with Melodic Punk Style? Their Bandcamp says there from Poland… maybe releasing stuff overseas?

Melodic Punk Style is our good friend from Poland. A lot of really good things are to come with those guys for sure. Can’t say much right now but I can say overseas releases are in the works.

What else is upcoming for Kickstand Records? Not everything is top secret, is it??

Well, right now, we just added At The Courthouse out of Bakersfield, CA. So [I’m] working on getting their new LP out. Our Canadian boys, Loser Points, are working on a short, little EP due out soon as well as Dr Bob’s Nightmare and Good vs Evil. Rundown Kreeps are out on the road right now and will be back into the studio when the dust settles from tour life. And we’ll start working on Compilation Vol. 2 some time in between. So all good things in the works. Stay posted!