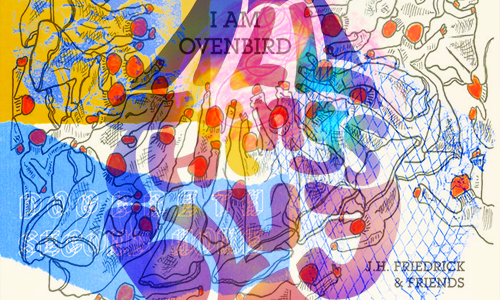 There is something a little sad that stirs inside me when I notice that Dogbreth’s Bandcamp page is now tagged “Seattle” instead of “Phoenix”, but I know that our dusty desert will always hold a special place in the hearts of the band even though they’ve moved onto their Second Home. One might be quick to assume that this album is about place – that search for the place one can call home – but as I moved through the tracks, I realized Second Home is about a different kind of home, a home for the heart. Dogbreth crafts a sound of summertime and skateboards and garage jam sessions. Vocal responsibilities are more divided on this album than on previous releases. I’m personally partial toward Tristan’s vocal offerings, but Erin has an unrefined energy well suited to the band’s overall sound. You’ll find some seriously romantic pinings tucked away in Second Home from the dulcet song, “Sleeping”, to the upbeat “Stunner”. I wish I could say these heartfelt leanings find an amicable end, but the album’s closing track, “Hoarder House”, suggests otherwise. The emotions are earnest and tinged with innocence, much like the band’s overall sound. Second Home is definitely an album I’ll continue to spend time with in the months to come. Check it out here…

All Things Blue out of Los Angeles provided that gem of an EP I stumbled across back in July. I was immediately taken with Duende, a musical melting pot of varied influences. “Braindead” opens the six-track EP, adding a hazy fog to their own brand of garage pop. “Sweet Release” follows and the listener can really begin to discern the R&B tinges that help shape the ATB sound. “Condition” gives the female vocalist a chance to show off her growl before “Sleep” submerges the listener in a psychedelic soup. “Strange” just might be my favorite track on the album, but I’ve always been partial to somber. The closing track, “What’s Mine”, didn’t really stand out for me which is a shame because the rest of the EP is fucking stellar. All Things Blue is definitely a band that has my attention. Listen to Duende here and consider making that purchase (here).

J.H. Friedrick out of Silverton, OR has a smart lyrical style that resonates throughout his recent LP, I AM OVENBIRD. Indie-folk is one of those genres that’s just inundated with artists right now and it’s difficult to stand out. Friedrick does just that – stand out – with a stripped down sound. The songs are compelling and the music has variance within the framework of his indie-folk sound. My one complaint is that “Guns”, the opening track (and albeit a solid one) is not one of the strongest on the album so I wish I AM OVENBIRD kicked off with a different number. This song is just a little too pop on an otherwise pensive collection. “I’m still going on & on…” has a funky, jam-band vibe and, for once, I don’t mean that in a bad way. “Lady-vain” (my favorite track) offers an earthen sound, something tough and a little worked over, before “Good Enough” turns up the energy and the angst. Things get befittingly bluesy for “Typical Blues” before “Oregon” mellows things out again. “Pumpkin Pie” is a breathtakingly beautiful end to the album. Make sure you spend sometime with I AM OVENBIRD.