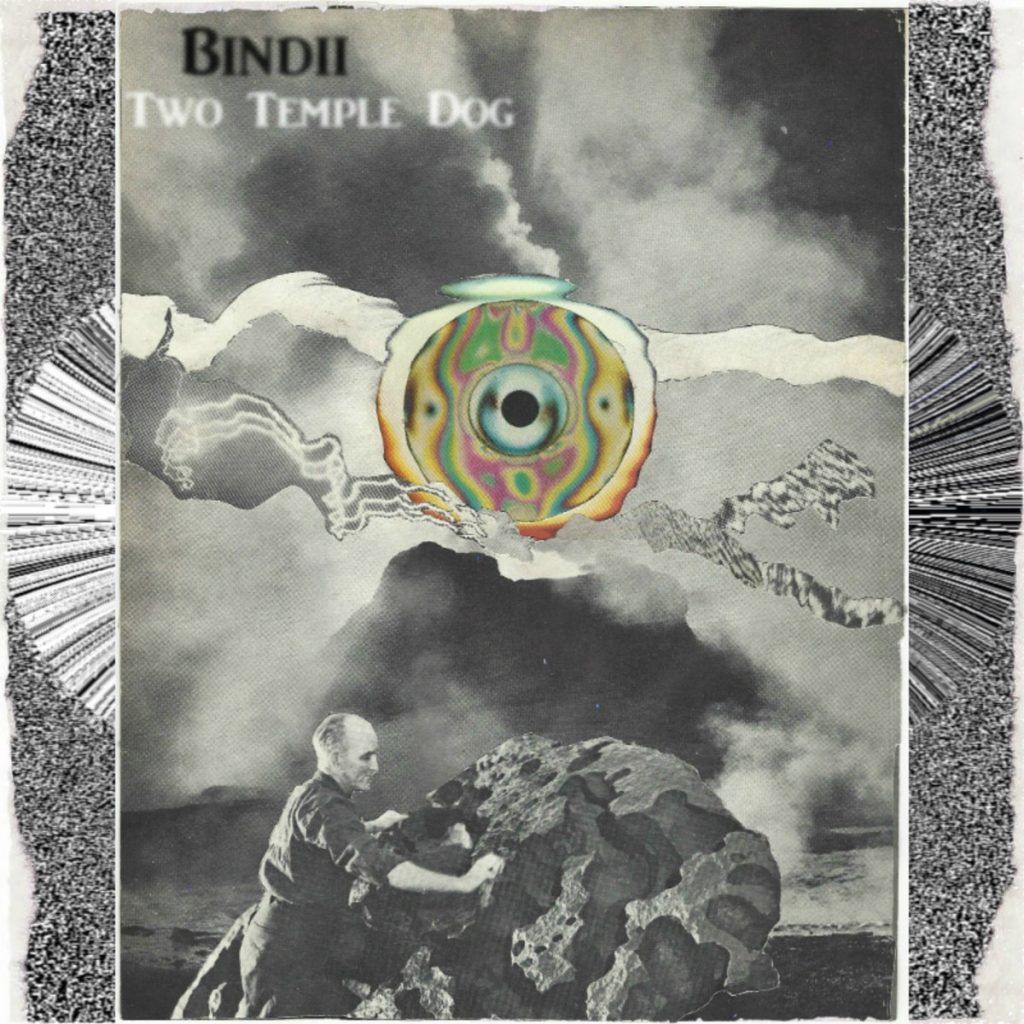 Whoever said that you eventually get accustomed to the summers here in Phoenix is a damn fool. There is NO getting used to them! In the four short years that I’ve been in the Valley, they seem to only get worse with each revolution. Apocalyptic visions of dust devils swirling in the distance and crossing over freeways while cookies bake on crackled dashboards are glorious reminders that we in fact live in Hell.

And there’s nothing to do at the same time. Baseball game? No thanks. Hiking? Enjoy dehydration and that motorized trip to the ER. “Release” pool parties? Watch out for roofies. Perhaps the best option is to stay indoors and ride it out until the calendar hits November.

However, in the midst of my despondency, a small nugget of local lo-fi folk music has been chiseled and presented with a sheen of imperfect perfection. Two Temple Dog, one of two recent releases from Bindi-Eye, is a warm and engaging musical testament that less is more, especially in the summertime.

From the opening hiss of the instrumental track “Tape Test”, you get the feeling that our brooding bedroom rocker cranked out this song (and album for that matter) with little effort. The subtle yet tasteful use of delays and reverb is brilliant, allowing the track to breathe within its own space.

“Hypochondrimania” clocks in at just over a minute, and it might very well be my favorite track, for what sounds like slam-poetry turned folk-song. This is how I would write if I could only carry a tune. There’s nothing fancy about it either. No bells or whistles. It’s just a throaty, raw song that says what needs to be said without the use of a hook. “Latex Clouds” sends the listener floating in the backyard pool at high noon with euphoric visions and dripping sonic textures thanks to tape stops and reverses, while “Comfort Junkie Apparatus” sounds like a found art piece of old recorders and plastic stringed toy guitars procured from a garage sale.

Bookending this section of the EP is the equally raw track “Hypnopompic Goddess”. Reminiscent of the second and third sections of “Paranoid Android”, I kind of wish there was a sort of uptempo first section on this one too, but I guess that would be too Radiohead though, huh? It’s a good track nonetheless, just a little short lived.

However, what I enjoyed most about this four song chunk is how connections are made between the artist and the audience on “Hypo” and “Hypno”. The two instrumentals allows the performer to sort of hang back in the shadows while the listener disconnects and drifts freely.

One of my favorite characteristics of lo-fi music are the unexpected surprises that you get from time to time. “Through Eons of Election Fraud” gives us just that, thus bringing the album to the 180 mark from where we originally began. A “hefty-hefty-hef-ty” dose of guitar feedback and abrasive vocals is humorously followed with a “wimpy-wimpy-wim-py” drum track that definitely has the balls fall through the sack. Artistically, it’s a genius move with the added elements of rhythm and a distorted harmonica. The combination of the two adds gritty tension to the dark and distressing lyrics, probably about the impending election and the lack of candidates with any substance.

“Little Medicine Feather” finally brings the album full circle as a full-bodied instrumental, complete with hints of the instruments used in the previous tracks, all while providing a simultaneous sense of optimism and hopelessness.

I don’t know about the rest of you, but I’m feeling inspired to make a lo-fi record myself. November is still a ways away and there’s only so much Netflix one can take. Be cool…stay indoors!