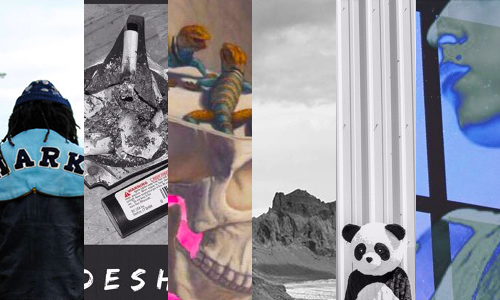 “Early in the Morning”

The smooth rhymes of Lando Chill have been garnishing a lot of media attention of late. Fans, both new and old, will be excited to learn that the Tucson emcee will be releasing a new album in August titled For Mark, Your Son. Don’t get your boxers in a bunch with anticipation. Lando Chill has released not one, but two singles from this impending LP to tide you over until its release. “Early in the Morning” (available for free download) has that chillax style that is to be expected from an artist with the word “Chill” in his moniker. After you check out “Early in the Morning” make sure you stick around to listen to “Coroner”; the first single from Lando’s new recording effort and a personal favorite.

Commonminds out of New York might only be 16, but he’s got a sick rhyme style that is bound to give rise to jealousy in artists who’ve been in the game longer than he’s been alive. “Drown” is the seventh track from Commonminds’ twelve-month project. If only I was that goal-oriented at his age… but that’s another story. Listen to “Drown” by Commonminds here and, if you like what you’re hearing, delve further into his Soundcloud offerings.

Man, Tucson is throwing down some serious beats. Joey Jewish, another HipHop artist from the Old Pueblo, offers up this ambient single perfect for those indica-induced mellows. We first covered Joey Jewish last year when he released American Dream (more here), but if this new single is any indication of what’s to come, I expect something truly special. The new album is currently available for pre-order through Bandcamp so jump on that party train early. Beforehand, however, you can preview “BLK SVND” here…

Vic Rogue, out of Sacramento, has an interesting rhyme style and a voice that sounds like it rubbed up against a little sandpaper before he picked up the mic. “Soul Fragment”, his most recent single, leaves a little something to be desired in the beat arena, but it does reveal some serious potential in the works. I’m definitely interested to see where Vic Rogue is going. Listen to “Soul Fragment” here…

Why anyone in beautiful Sebastapool would decide to hole up in a room to develop those emcee chops, I do not know, but I’m glad J.Lately did just that. His new single, “Quality Time”, has a mellow, summertime feel. Think warm sun and windows down. For those of us in Arizona, that usually means February, but July is customarily thought of as a pleasant time of year… or so I’ve been told. This song is about smoking trees and driving around with friends (not at the same time, please). If you like what you’re hearing, check out J.Lately’s latest release, The Good Panda EP, here or on Spotify.

Is everyone in Colorado high? Probably not, but Desh’s easygoing rhythms and slightly awkward rhyme-style is endearing while suggesting that perhaps unmentionables might have been smoked before laying down the aforementioned rhymes. The single “Better Friend” comes from Desh’s EP, For Those Who Care. Between those two titles, sounds like Desh should ditch the haters and focus on the music. There’s a lot potential here to develop.