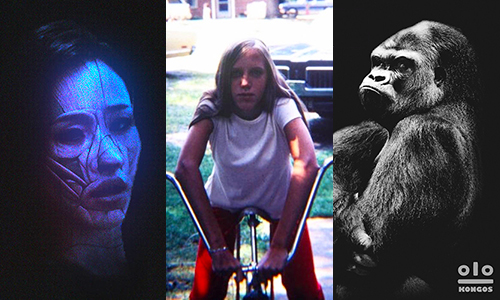 This might sound a bit presumptuous, but I’m always surprised by how much I enjoy the music of Kongos. Comprised of four brothers from “Phoenix by way of London and Johannesburg,” KONGOS blends alt-rock with kwaito for a sound all their own. The band’s third LP, Egomaniac, was released this past Spring, four years after their sophomore album, Lunatic, which rode in like a dark horse and won me over, along with the rest of the world. At the start of Egomaniac, I’ll admit I was concerned it was going to be too much of the same. Far too many bands that see success with an album become mired in a sound and don’t push forward. But, as the album continued, I recognized Egomaniac as a gem in its own right. “The World Would Run Better”, the second track, might be my favorite, but I love the jivey “I Don’t Mind” and “Hey You, Yeah You”. The mellow, emotive single, “Where I Belong”, should also be included amongst my favorites. Egomaniac is definitely worth the four-year wait between albums.

The Phoenix four-piece known as YASKY (formerly Why Ask Why?) creates ooey-gooey prog rock with an experimental undertone. Their recent 8-track release was recorded at Audioconfusion and features a melding of prog-rock, jazz, synth, and some darker, more obscure influences. I listen to music all day, every day, and I can’t quite pinpoint YASKY’s genre. That in itself is an accomplishment. Blue Lady kicks off with “People Behind the People”, establishing an ominous tone that carries through the rest of the album. As you move through the songs, some tracks get downright trippy. Occasionally, certain elements of their songs can feel a little bit like an afterthought, but it might just be that I’m not in the right mental space (and by “right” I mean “distorted by drugs”) to fully appreciate the added texturing. All in all, Blue Lady was an unexpected delight in my music-listening sphere. The vocals are surprisingly fierce as is the musicianship behind them and the band has a real sense of cohesion in both their performances and their recording. Go ahead and sink into the sound-melting goodness of YASKY.

Not My Usual Self

There’s a lot of rowdy teen angst on Cyan&Magenta’s latest release, Not My Usual Self.  They might not yet have the polish of other artists on this list, but there’s a rawness here that you might not find elsewhere. From the trials of being just-friends on “Over This” to the stuck-in-hometown blues on “Mesa”, Cyan&Magenta hits on all the early-life anxieties. “5:09” turns the energy, and the depression, up a few notches for a powerful number. And, of course, the track comes in at five minutes and nine seconds. The band mixes folk with alt-indie on the ironically named “Title Track” and other numbers. While songs like “Untitled” (let’s work on those track titles, fellas) and “Foliage” amp up the energy. There’s a versatile mix on this collection. Check out Not My Usual Self from Cyan&Magenta.