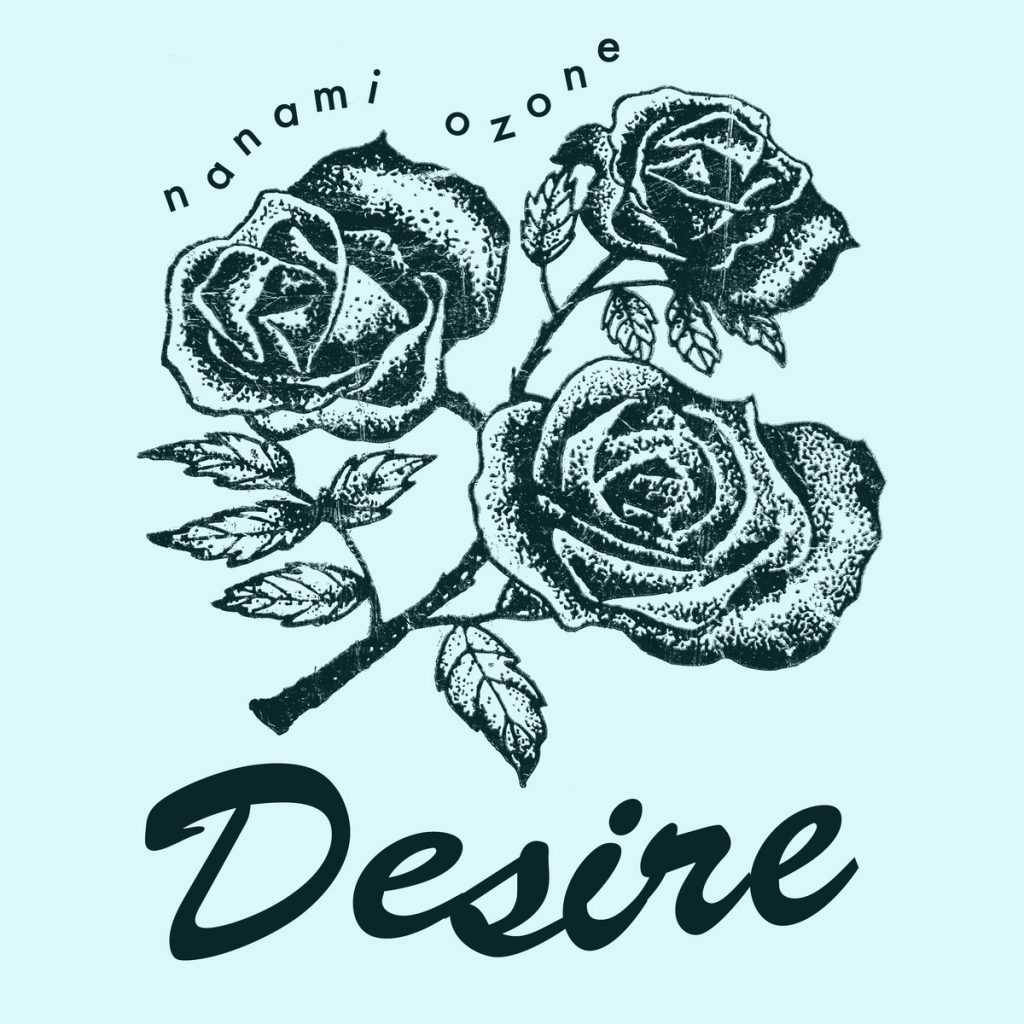 Nanami Ozone might be a fairly new act, but the four-piece is comprised of some familiar faces so I was hoping for something special as the band geared up for their debut release, Desire. I’ve learned that expectation can be a bit of a double-edged sword unless, of course, those expectations are exceeded. Nanami Ozone does just that on Desire: exceeds all expectations.

Desire is a collection of ruminations on love, uncertainty, and the nature of desire presented as vignettes set to dreamy post-pop. The album kicks off with “Wet Mouth” and establishes Nanami Ozone’s own brand of shoegaze: something a little pop and a little garage and all around cool.

In the second track, “Right By Your Side”,  you can begin to hear the subtle shifts in the band’s turn of phrase. Nanami Ozone offers smart lyricism, one that threads its way through the entirety of Desire with wit, but without ever resorting to “clever”.  The songs are often sweet, without being precious, and shows off the band’s indie chops without losing the post-rock texturing.

The following, and title, track adds an extra layer of gritty garage rock that continues through “I Dunno”, an angsty number that feels so much like my twenties I’m having uncomfortable flashbacks. “Be Cool to Me” just might be my favorite track on Desire, but that’s an exceptionally difficult call to make on this album. The song embodies the awkwardness of deeply felt emotions and, as the longest track on the album, gives you time to really feel the ebb and flow of uneasiness.

“Push Me Down the Stairs” returns to the uncertainty heard in “I Dunno”, but in dreamier hues. While “Sonny Bono” captures those moments that spark infatuation. “Michigan Man” closes the album to leave things on a ruckus note, but if you stick around you’ll share one final sweet and somber moment with Desire.

The album is honest and introspective; a refreshing shift from the avoidance-by-irony we’re currently trending among young musicians. Desire is a new favorite in my listening catalogue. You should give it a listen, but first, I had the chance to ask Sophie Opich (bass, vocals) a few questions about the band, the album, and what’s next for Nanami Ozone….

YabYum: First, who sings lead on which tracks? We know you folks change it up.

We do change it up a lot. Mo (Neuharth) sings “Desire” & “Clear”, I sing “Right By Your Side” & “Be Cool to Me”, Chris (Gerber) sings “Push Me Down the Stairs”, and Colson (Miller) is on “Wet Mouth”, “I Dunno”, and “Michigan Man”. All the songs have a lead vocal & then the rest of us build backups around that.

All the members of the band have earned their chops playing in other local acts. Would you mind filling in the readers as to who previously played in what?

This time last year, Mo and I were doing Numb Bats and Chris and Colson were doing Petty Things. Our bands played a ton of cool shows together — it was so fun. Looking back, there’s also North Dakota (Mo), The Thin Bloods (Colson and sometimes Chris), The Love Me Nots (Sophie) and Los Puchos (Chris).

I see you recorded down at Midtown Island Studio with Matt Rendon (we love Matt). What prompted your decision to head down to the Old Pueblo to record Desire?

We love Matt too!! When the band first started, we knew of him, but we’d never met. We bought his Burger comp and started talking with him and we were sold. He’s worked with a lot of cool projects & friends of ours, so we knew it’d be fun. It was the best recording experience. We can’t talk him up enough — Matt’s great.

Can you tell me a little about the songwriting process for the band? Do you all work on lyrics for your own songs and bring them together during the orchestration? Or is it a continually communal effort?

It’s really communal. Some of the tracks start as solo ideas (melodies/riffs/lyrics) & then the rest of us shape them into actual songs. Some we all wrote together in our practice space. We all have our marks in each of the songs.

What’s next for the band? Summer plans?

We just started planning a tour up and down the coast for the beginning of August! We’re writing new music and jumping in lots of swimming pools to prepare.

Check out Desire by Nanami Ozone below. You can also check their Facebook page for more info.