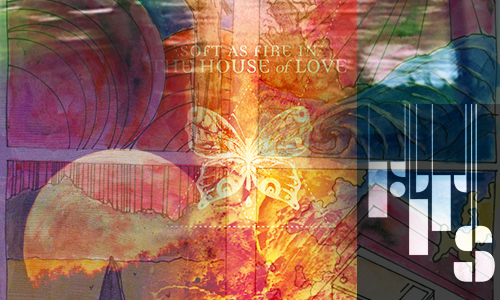 Don’t even get me started on chillwave. For some reason, this word is attached to every unbearably boring album assembled in some suburbanite’s bedroom. When I saw the descriptor “chillwave” on Digital Persuasion’s new two-track release, I grew nauseous… it had already been a long day. Still, fair is fair. I give everything that comes across my desk (ahem, desktop computer) a listen. And these two tracks are exactly why I keep that rule in place. Tucson’s Digital Persuasion crafted some seriously chill gems. “Bad Moon” strikes just the right pace between mellow and funky. And maybe, just maybe, I won’t be so dismissive of all things labeled “chillwave” in the future as a result.

The four-piece known as Holy Fawn released a 6-track EP last December, but they already have a new single available for friends and fans. “Reykur” epitomizes the Holy Fawn aesthetic which, to me, always sounds like it emerges from a post-apocalyptic, new-paradigm tribal people who live off nuts and berries and sleep surrounded by woodland creatures. Even the opening line of the song (“I’ll bring you back to life when the trees reclaim the land.”) reinforces this imagined future-history of Holy Fawn. Minimal yet meaningful lyrics are submerged in the brine of an elaborate ambient post-rock orchestration.

Mix folk-tinged, shoegaze-y, alt-rock with pensive lyrics, add in a few math references, and you just might have my perfect album. Too bad Void as Lob is only two tracks. Young Jesus lures listeners onto the placid waters of “Baked Goods” before turning up the aggression for a full-on post-rock extravaganza. The second track, “Hinges”, proves more ruminative. I’m quite taken with the way Young Jesus goes about combining the soft and the hard into one orchestration. The L.A. band is currently on tour and has a Phoenix stop slated at the Rebel Lounge on June 29th so don’t miss out. Until then, enjoy Void as Lob. I will be too.

The Blog That Celebrates Itself out of Brazil recently put out a tribute album titled Soft as Fire in The House of Love in honor of, yes, The House of Love. Local shoegaze act Citrus Clouds was invited to partake and they offered up this delectable cover of “Christine”. If you’re looking for some mellow, post-rock good times, I highly recommend this track. If you like what you’re hearing, I suggest delving into the full compilation.

There is some vocal prowess at the helm of FITS, an alt-indie outfit from Tempe. The band’s latest single, “Take A While”, offers listeners a mellow musicality paired with sultry vocal stylings. The band includes the term “post-modern” in their tags, but I can’t for the life of me figure out what’s postmodern about their music. I would say FITS has a sound firmly planted in the alt-indie arena. Whatever you want to call it, I like what I’m hearing which is a promising start for this relatively new local act. Listen to FITS for yourself here.