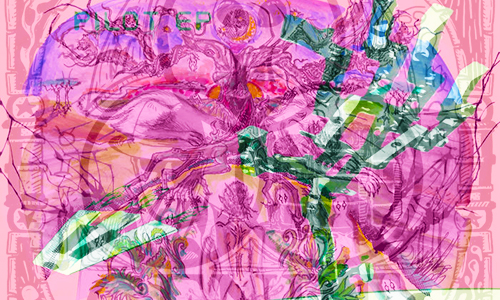 Genre has been making music on the local music circuit for years now and their most recent release, Legendary Rock Act, shows the band has no plans of slowing down. The album’s official title includes the disclaimer “The Demos” because most of the tracks were recorded at home, but fear not Genre fans, these are new songs. Coming in at a hefty 13 tracks, Legendary Rock Act combines emo and alt-rock for an aggressive, angsty sound. With lines like, “My depression’s just a symptom of my misplaced affection and the years I spent wandering without any direction,” you’re not getting the feel-good album of the year. For what it lacks in cheer (who wants that from their music anyway?), Genre makes up for with a raucous energy that will have you moving from beginning to end.

Phenomena (out of Boulder, CO), might be on a short hiatus, but they dropped this gem of an EP beforehand to keep their fans company during their (hopefully brief) break. The Eponymous EP hearkens back to rocknroll’s classic era. Opening with “The Inquisition”, listeners will find their ears filled with a Grace Slick-esque vocals and serious rock tinged with a hint of the West. If you’re an attentive listener, you might begin to suspect some darker themes under the surface of The Eponymous EP and you’d be correct. Phenomena describes this release as “a rockin’ exploration of rape culture through fairytale and folklore.” And, while that might not sound like your idea of a Friday well spent, fans of throwback rock will want to check this one out. Phenomena knows rocknroll. The EP was released by the band before it was completed so expect a couple rough cuts.

Zodiac Bash dropped their debut, Pilot EP, a couple months back. At ten tracks, you might be thinking this release is more of an LP than an EP, but several of those numbers are brief instrumental interludes that run around a minute or less. A short intro, “Attention”, opens the album before Zodiac Bash barrels into “Break Party”, setting up the ZB sound to be as bellicose as it is fun. That’s an interesting combination, but not where the unusual juxtapositions end. The band combines synth sounds with rowdy rock. Zodiac Bash is not for the faint of heart, but, for those of you who like all things strange and ruckus, the Pilot EP just might be for you. And Zodiac Bash does get weird, downright trippy even. Just listen to tracks like “The Crane Zodiac” or “Bouncey” and you can hear what I’m taking about. While you’re at it, give the whole Pilot EP an auditory perusal.