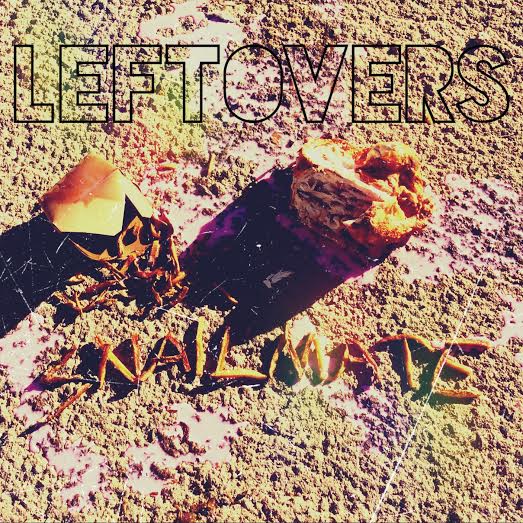 Oh man…if there is one thing that I do love in this world more than music, it’s food. Particularly lasagna.

It’s probably the single most evolutionary dish on the planet because it evolves after preparation. Sure, you could eat it immediately after it’s ready. But one would be depriving themselves the myriad of flavors to come over time. You have to let the dish cool, cover it with tin foil, shove it in the fridge, and forget about it. Let the cheese form a crust on the edges, the red pepper marry with the meat of choice, the garlic to fester. I call it the “Maytag Metamorphosis” and the culminating piquancy is absolutely worth the patience. Cork a bottle of your favorite Chianti and relish the fruits of your labor.

Since the release of their debut EP Escargot, local nerdcore punk duo Snailmate have undergone their own transmutation. For nearly a year now, the Mates have been serving up their secret recipe for musical lasagna, and the most flavorful chunk comes to us from the center of the pan with Leftovers. The brilliance in the final installment of the “Escargot trilogy” is that no drastic changes were made to the formula. Their signature sound of gritty pulsating synths, ultra-tight drumming, and blinding lyricism all carry enough flavor for subtle changes to happen naturally. And boy, those changes taste good!

“Radio DJ” starts us off with an obvious in-your-face narrative about a couple going from “vanilla” to “31 flavors” in the sack or, in this case, “Up against the wall! Up against the wall!” This track is one for the ages, cleverly mixing porno-esque bass sounds with shifting tempos between verse and chorus emulating the various speeds of the dirty deed. Kalen Lander’s rhymes roll off his sinister tongue with devilish delight while Ariel Monet’s beats tantalizingly set the pace to heighten the experience yet prevent early “eruptions”. Despite the attempts to prolong this savory moment, the song is definitely a “quickie”, clocking in a two and a half minutes. Whoops!

One of the most admirable traits that a songwriter or lyricist can possess is the ability to write with ambiguity. The title “Always Loving Mostly Fighting” might carry an obvious connotation, but I can assure you, my fellow Phoenicians, this song was written in a cipher laced with disdain and radar-locked on a certain clique in need of a reality check. In what is arguably the moodiest track ever written by the duo, Lander pulls no punches in his rhapsody about trying to fit in with the “cool” people. Layered bubbly sounds over an aggressive sawtooth bass line, Monet matches the intensity and aggression with a punishing of the skins and a backing vocal seething with rage.

A clunky, cartoonish horseshoe shuffle brings us to “In Tents”, a cut that is a coin toss in the “like” department. It’s great to hear that Lander is expanding his sonic palate more with the tools before him, as well as Monet filling the prescription to cure the cowbell fever. Even the fluctuating volley of “wait a minute” between the two is entertaining. But between the intermittent screams, assertive yelling in the chorus, and a synth line set on “annoy”, this track seems to try and browbeat the listener into submission.

The payoff – the prestige, if you will – concludes this dandy of an album with the chill and funky track “Big Fish Don’t Taste Good”. Respectfully, I must disagree with the Mates on the title because this track IS a big fish! Our musical anglers bait the hook and cast out into our earholes with a juicy piece of Rhodes piano wrapped in a delectable off-meter drum beat. To further entice us to take the bait, Lander and Monet channel The xx on vocals, evolving gradually throughout the song with the clever “Your dust tasted fine / Now try some of mine”. Finally biting down on the hook, the listener is reeled in with layered 8-bit whirring, bass pecks, and danceable drumming. I don’t know about you, but I say filet that fish and serve it up pronto!

There are two key points that I took away from this album. First, there’s more humanity and less perfection on this release, which makes this band even more accessible to audiences they have yet to conquer down the road. And second, their sound has evolved slow and steadily as great music should over time. Leftovers is great served either hot or cold. My compliments to the chefs.