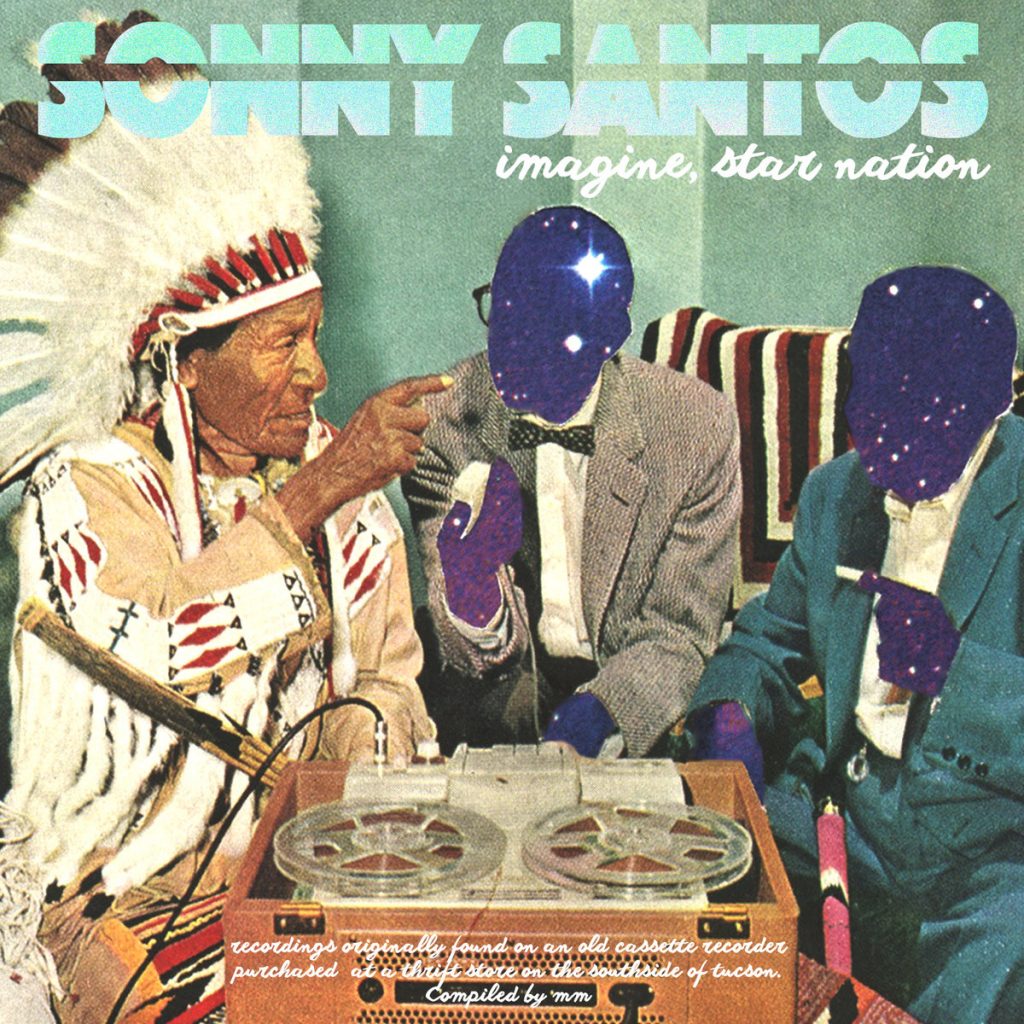 And now, a story.

One day in July Mark Matos was hanging out in a thrift store in Tucson. Amidst the crappy, smelly old clothes and novelty items of a bygone era, he spotted an old boom box that he then purchased (good taste to be certain).

So, dude goes home, presses the eject button and a generic white cassette is revealed. Written in black marker on one side was: Imagine, Star Nation. Turning the tape over the name, Sonny Santos, was written in red marker.

As the legend goes, Sonny Santos had drifted in and out of the Old Pueblo in the late 90s. And the last time he was seen it was in the early ‘oughts (sitting in front of a plate of cheese tots in the now defunct restaurant, Grill, in the spring of 2003).

In the summer of 1999, a longtime music editor in Tucson had stumbled on one of Santos’ performances in a local joint, but it seemed like Santos slipped out the backstage door before he could be interviewed.

So Matos played the tape, tried to salvage as much of it as possible despite the erosion that had occurred over the span of years, and released it as an album.

The only other story that even comes close to this one is the remarkable story of Sixto Diaz Rodriguez, also known as Rodriguez. Rodriguez, who couldn’t make it as a rock star in Detroit and all but gave up music, until a bootleg cassette made it into the hands of a DJ in South Africa. That cassette made him a rock star.

Back to Sonny. One rumor floating around had him joining the Native American Church and becoming a Peyote caretaker.

OK, let’s talk about the music. It’s an absolute freaking folk gem. There are 7 tracks, one track is as short as 49 seconds which is a bit of an interview where Santos speaks about his writing process. It’s pretty damn awesome and musicians everywhere should hear it and take it to heart.

Because not only are the songs terrific – if you listen with the mystery, the legend, and the lore of Santos in your head – it makes it even more stellar.

The lesson I mentioned up there.

As if Santos was partaking in Peyote and was possessed by Nick Drake.

Morning coffee whilst sifting through a thrift store.

The song, “The Wheel.” Only 2:00 but the lyrics are mesmerizing. And, once again, if you listen while thinking about the mystery surrounding this found piece of art, you can imagine this was one of the last songs before he disappeared.

Listen for yourself below. You will not be disappointed.