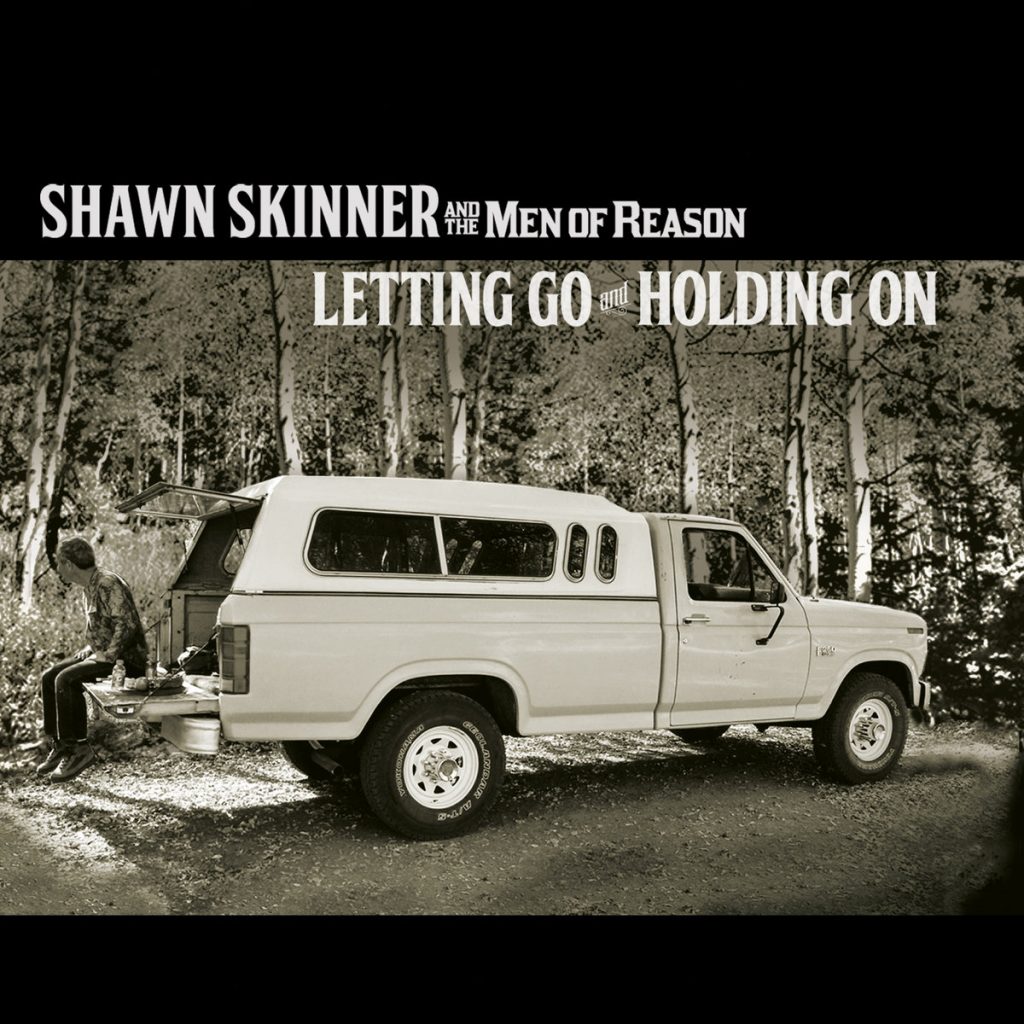 One of the best things about writing for the mighty YabYum is that I get to listen music before anyone else. The only thing that makes it better is when I get to listen to music when it’s as wonderful and heartfelt as Shawn Skinner and the Men of Reason and their new album, Letting Go and Holding On. The last time I saw Skinner was at Last Exit Live solo, so I was very jazzed to hear him with a full band.

Side story (you knew this was coming): I was heading out the door taking our pup to the vet (yes, I lead an exceptionally exciting life) when who pops onto my porch but none other than Shawn himself.

“Just heading over for a sound check and I thought you’d like a CD,” he said.

“I hope you like it. We recorded it live over at Jali’s [i.e. Jalipaz, owner of Audioconfusion], and, well, I’m very happy to get it completed, because, well, you see my dad is really ill and, well, that’s him on the cover…and when I gave it to him he said that he can’t stop listening.”

You see, here’s the thing, I wrote a piece about “Why musicians do what they do” and never ever was there a whisper about becoming famous or “making it.” And here’s yet another musician who only hopes to finish a record for his pops. Man o’ man, if you ain’t crumbling into the fetal position after hearing that you’re cold, man, really cold.

Dear Shawn, you nailed it and I can hear the emotion dripping from your words and music.

So here we go.

Because you ain’t going to Austin any time soon (have seen the airfare?), but never fear, this album will take you there.

The raw, dripping emotion of Skinner’s voice. That combined with the lyrics, pure awesomeness.

Like a storm rolling in. Powerful and intent on hitting you as hard as it can.

“Don’t Play With Fire” but in truth? All of them.

Drinking straight Jack pondering what you’re going to do with the rest of your life as your world burns. You see, even though the material here is pretty heavy, SSATMOR still infuse hope into every song – as all the best Americana does.

PS. Has Jalipaz made a deal with the dark one of recording/mixing/engineering? This is one of the best live studio recordings I’ve heard in a very long time and I was really paying attention.

The album isn’t out but I have it from the man himself the CD release will be sometime in late June. You can preorder Letting Go and Holding On here.

Additional Links for Shawn Skinner & the Men of Reason: