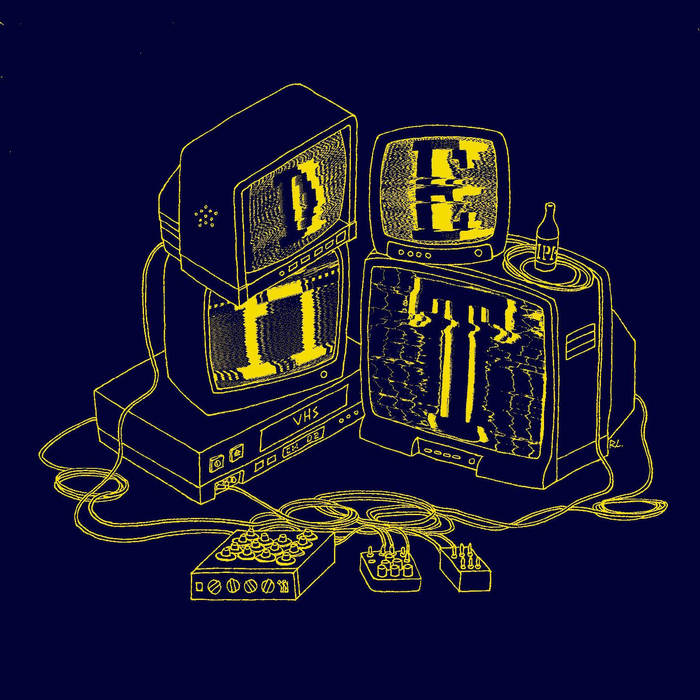 dent – Josh John, Jeff Taylor, and Bryan Ohkura – are pretty much my new favorite band right now. Take some 90s guitar pop, add some math, throw in some tasteful shoegaze and surf, and garnish with a slice of punk and you can begin to taste the dent cocktail.

Self-recorded and mixed by Josh John, dent immediately throws me on board with the band’s “space rock” sound and flies me to the moon and back. All within the safety of my reading room.

“Halfway” opens the album does a swell job of establishing the dent sound: open and washy drums, combined with stereo-split guitars and slightly distorted, reverb-soaked vocals. The track is great too, Josh and Jeff taking turns playing the melodic lead throughout whilst Bryan provides interesting and intricate drum patterns at every turn.

“Visit Us” is stellar as well and here’s why: I think it’s about aliens. OK, yes, I could be totally wrong about this and hopefully someday soon I will have a chance to ask the band. But with a song title like “Visit Us” in the genre of “space rock”, and a chorus like “You can visit us so/I know/that you go”, how could I not think this? The whistling during the intro is a nice touch as well.

“Oven” is the track that just sticks in my head for days, nay, weeks now, at a time. Swampy and lethargic, it gurgles on as you float along with it; gas-bubbles popping and mosquitoes nibbling. Polyrhythmic time signatures only add to the metaphor, effectively causing your head to swim.

I literally can’t argue with “1996” – I can’t understand a single word that’s said! All jokes aside however it’s a tremendous track and was the first dent single, although it seems some of the (ironic?) DJ scratches are missing on the album version. Too bad.

“Listener” is the perfect ending track: dreamy verses and guitars launch into a progressive breakdown eroding into an extended outro as you break through the mesosphere and achieve ascension into our upper atmosphere. Yeah.

Released on cassette through Moone Records, the dent release show was April 20 at the Rebel Lounge. Not only did Macaulay Vulcan drive up from Tucson to play, but supporting acts Bear State and Twin Ponies lent their drummers to perform with dent, resulting in a triple-barrage of percussive sound. Check out the video below from their website to see what I mean.

You can catch dent again at the Rebel Lounge with Mrs. Magician, Tres Snakes and Sleep Money Sunday May 22 at 8 PM. More info on that event here.