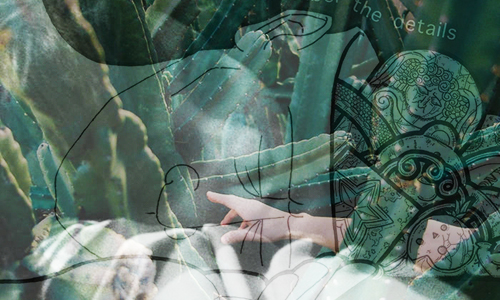 The Tucson five-piece known as Things That Aren’t Words released their 5-track debut in April. Remember the Details achieves that compelling combination of sweet and somber with an enchanting musicality and poetic lyrics. “Your Heart is an Ocean” opens the EP, drawing this listener in with a cheery, melodic indie rock that ends with the sentiment, “You were meant to drift away.” See what I mean about the sweet and somber? This juxtaposition continues throughout Remember the Details: uplifting melodies and contemplative lyrics.  “Those Who Try” combines a dreamy indie sound with lines like “You’re a glutton, you’re a fiend,” sorta like a warm blanket of dark thoughts. I like it. I definitely suggest checking out Things That Aren’t Words for all you indiepop fans. Think Travis or The Decemberists.

Okay, I usually hate intros and interludes that are clipped from movies and television, but I was so excited to hear the Legend of Korra clip that kicked off girl valley’s latest release, that this rule went straight out the window. I’m not 100% sure how the clip ties into the rest of the album although it takes place in the spirit world rather than on this physical plane. Likewise, the delicate music of girl valley swims toward the listener like a tenuous vapor, more dream than reality. All nine tracks wrap up in roughly ten minutes, leaving the listener more with the impression of an album than a complete LP. What you have is the potential for a truly talented songwriter in the initial stages of emergence. soften up is both beautiful and brief. I look forward to hearing more from girl valley.