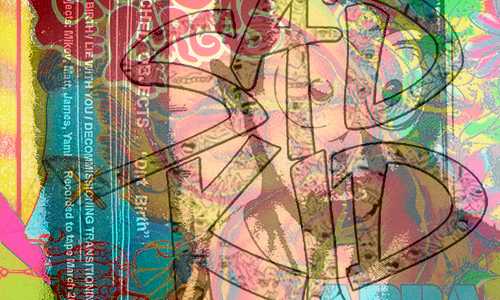 Tucson’s Lenguas Largas is a longtime YabYum favorite. Over they years, they have crafted their own unique psychedelic punk sound. Their latest LP, Abba Daddy, is a summertime dream, the kind you might have while doing peyote with Brian Wilson. Abba Daddy features six brand-spanking-new tracks plus a few new renditions of previous recordings. I’m all about the new version of “Kawasaki Dreams” which I first heard in prelude to 2014’s Come On In (more here). The album, which was released through Red Lounge Records, comes in limited edition red vinyl so make sure you get your hands on a copy before they sell out. They will. And make sure you head out to the Crescent Ballroom on May 29th to catch Lenguas Largas live as part of their tour. If you’re outside the Phoenix area, check the band’s website (here) to see if they have a gig schedule in your town. They just might. Until then, check out Abba Daddy from Lenguas Largas below.

The Phoenix DIY record collective known as Casa Butthole has been steadily putting out music since their inception. Through the label, I was made aware of the March release of Sad Kid’s DIY (or DIE) four-track EP. I’m totally enamored with this weird punk outfit. Illegitimate Son offers high-energy angst rather than the sad bastard music the band’s moniker might suggest. Their debut EP opens with “Confido” and I’m digging the inclusion of horns which add to the “party punk” atmosphere that carries through to the end. “Lefty Slapper” is a personal favorite from the EP, but I’ve played through Illegitimate Son a few times now and it’s solid from start to finish. One thing that grates on me with the weird-punk movement is the tendency to create short, quippy songs that have all the staying power of bubblegum’s flavor. Cute and clever, but not really a fully fleshed out composition. Sad Kid avoids all that. There’s a real understanding of song construction beneath all that rowdiness. Listen for yourself below.***

Aggressive and intentionally discordant, Detached Objects digs into the grungy side of post-punk. Dirt Birth features four rambunctious tracks self-released on cassette and available through Gilgongo Records here. The cassette opens with “Stump”, filling your earholes with grimy, fuzzy garage rock. The title track follows without allowing the energy to falter for a moment. Prepare yourself for some thrashing about while listening to Dirt Birth. I suggest make sure your floor is clear and all fragile items are properly stowed. Get your own cassette copy of Dirt Birth. Detached Objects is an onslaught of sound you really should experience live. But first, listen to Dirt Birth…

*** Correction: We initially wrote that Casa Butthole released the Sad Kid’s EP, Illegitimate Son, but the band actually released the EP on their own. Our bad! However, the EP is currently available through Casa Butthole’s Bandcamp page.