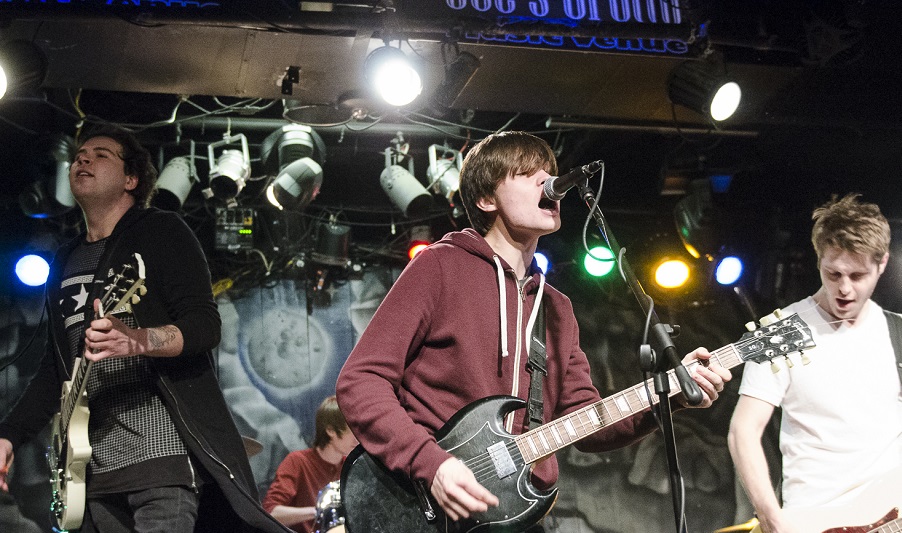 All photos by Song River

Dialing in from Tempe, the rock band Something Like December is bringing home some much needed rock. Not wired in the typical-sounding dial tone either, it’s true alternative music, making SLD a solid contender in the explosive music machine happening in Arizona right now. Their first EP release Convalescent has lit up the rocknroll boards and you can find SLD playing several times a month in local venues. The boys of SLD recently overcame a setback with their next album by refusing to give up their party line, proving that they are here to stay. New connections have been made and their next album will be happening soon.

Song River for YabYum: What is it that Tempe, Arizona brings to the world of alt and indie music?

Something Like December:The Tempe/PHX area is sort of a big melting pot for bands. Everyone shares members, shows, producers. We have a good habit of taking care of each other. Musically, though, we’ve got a few great bands that have come from the neighborhood: The Maine, Blessthefall, The Format, Lydia, The Word Alive.

Mill and Ash used to be the place where the sun rose and set for so many bands. Where is it Something Like December belongs?

SLD: We don’t believe we have a place like that. Obviously, we all have everlasting and fond memories of venues/streets where we’ve seen bands play, but if there’s a spot like that for SLD, we probably just haven’t found it yet. We’re ‘rolling stones’.

How do you take what you hear in your heart and let it resonate deep/loud with others?

SLD: When we write, nothing makes the final (mastered) cut of the album until we believe it and we are happy with it. That’s the time when we think it’s important to be selfish. If we don’t feel it deep down when we’re listening back, then we can’t expect anybody else to feel it. We need to move first and foremost.

On your first EP, there’s a track, “Cadence”, that contains the line, “any dirty look you want my slate will stay clean.” In that short [2 minute 11 second] track, there seems to be a message.

SLD: There is one. People can be cynics and they will do their best to make you feel insecure about yourself if they see that you’re trying to be happy with yourself. Know where you are and where you want to be and just get there. Your happiness, your call.

You can hear your energy listening to your tunes, but what you bring to a show, well, that has to be experienced. What bands do you really dig seeing live yourselves? 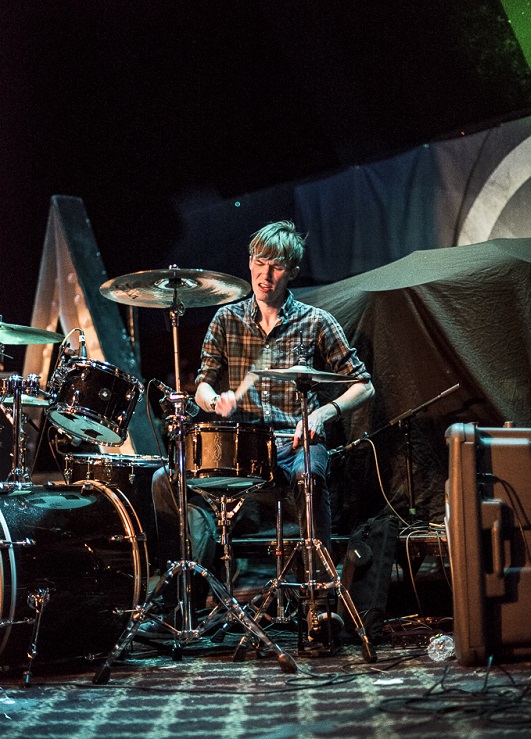 The first time I heard you all play live I heard a similarity somewhere in your sound to Jimmy Eat World. When we met I mentioned it to Austin (lead vox) of the group and, if I recall, you smiled and acknowledged that you loved their sound. How have certain bands like that influenced who Something Like December is and where you all have now taken your sound to meet today’s fans.

SLD: We don’t make it a goal to sound like the bands we like to listen to, it just never turns out well. Bands like Brand New, Foos, and Jimmy did teach us a lot though about song structure, lyrical content, cause and effect within songs, and performing live.

Not to dwell on a sore spot, but when we met you all had told me about your band getting ready to record out in Atlanta with a big named producer. Briefly, explain what happened and what you all have taken away from the experience.

SLD: We had an unexpected and pretty chaotic situation involving all of our money being lost/stolen. Thankfully, though, the members of the music community and people, in general, are so compassionate and friendly. They wanted us to have a second chance at our dreams. We learned some major lessons about the music biz, its light and dark sides, that we won’t be forgetting anytime soon.

*Update: Since the time of the interview, the matter was settled out of court and the band subsequently returned the funds they received through their GoFundMe fundraising efforts.

Experiences like these, we can either learn from or let them tear us down. Many bands have fallen apart over smaller things. How do you all keep that focus even in hard times?

SLD: We knew from the beginning what we were signing up for and that it wouldn’t be easy. Bands go through this stuff, and worse, all the time. We wouldn’t be able to forgive ourselves if we let something like that steer us away from doing what we love.

The response from fans and even people who had not yet heard of you was large. Life has its ups and downs. Looking at both sides of this experience – share one of the brightest spots you all have taken out of this? Any advice or thoughts to give others?

SLD: One of the biggest surprises that we received was an overwhelming response from the audio community. Producers, studio engineers, mixing/mastering engineers… all people who read what happened and offered to make our record for cheap or even free. It was heartwarming, to say the least.

Our advice would be to never, ever let yourself decide against reaching out to your fellow musicians. The world is full of amazing people and you never know who is willing to pay it forward for a couple of kids.

Back to your band/music. Your sound has a maturity to it. How long have you all been playing together?

SLD: The band (as the band) has been together since our EP, Convalescent, was released in June of 2015, which puts us at around eight months. Before then, we’d all played in various bands.

How did all of you meet up?

SLD: We’d all made friends through the music scene and been in and out of bands together over the years. Eventually, once we all finally got in a room together as this incarnation of the group, there was definitely a click.

What was the first song you wrote and did it make it on Convalescent?

SLD: The first song written for this band was “You Might Think” which is the first single off of Convalescent. It was written in a high school government classroom. It is the second tune on the EP. 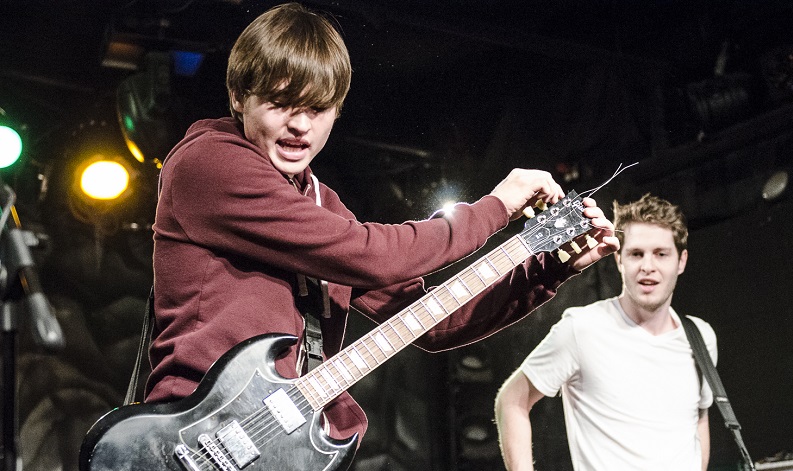 It’s your weekend- where do you all hangout?

SLD: Ninth and Ash on a Tuesday night. Just kidding. Usually, it’s a safe bet that we’re at a local show.

Do you have a particular place you like to hold band practice? How often do you get together to practice and is it vital to keeping the sound the way you want it?

SLD: There’s a space in Chandler that our members have been loyal to for about 7 years now called SER SoundWorks (shoutout: Whaddup, Jeremy and Josh??). Best space in the Valley, hands down. We rehearse every week at a minimum. It doesn’t matter how well our songs are written if we can’t play them as well as their recordings sound.

“Get Old”, the sixth track on Convalescent, has such a simple sound lyrically and instrumentally. It sounds like an elderly person sitting and looking back over their lives. A lot of your music is easy to rock to; to plug in your ear buds and just be. Is that what you look for too when you want to just listen to music?

SLD: Different bands/records/songs are meant for stirring up different emotions and thoughts in a listener. “Get Old” itself was recorded in one take in a college dorm room. The song wasn’t re-recorded professionally because we already had the exact feel that we wanted the song to have. Like we said, it really depends on the song and what the listener wants to be feeling at the moment.

When the next album comes ’round, do you feel you have found your niche, your stride, and it’s where you belong as Something Like December?

SLD: Not exactly. We do strive to keep our songs true to our musical brand, sure, but the truth is that each album (depending on what’s happening in our lives and in the world) will end up being different. Without letting our current feelings and situations direct our writing, we’d just put out the same record over and over again. It’s safe to say that SLD #2 will be a bit of a curve ball compared to Convalescent.

SLD: New album, new merch, new goals, tour(s), etc. We are also going to be keeping very active online (Facebook, Instagram, Twitter) to show everyone what we have planned.