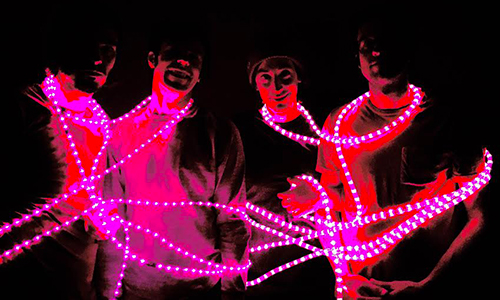 Closing the Distance is a new series in which we expose artists with desert roots who have since moved to other locales. Let’s bring this community a little closer together.

Small Leaks Sink Ships got their start right here in the Valley of the Sun ten years ago. Fans and friends might know about the tenuous path the band was forced to walk that included such hazards as “shattered spines, missing testicles, and enough metal bone reconstruction to make Wolverine cringe”, but that couldn’t stop the music-making of this enigmatic force of four.

When Smalls Leaks packed it up and left the desert for a Portland address, we were saddened by the loss, but we knew this goodbye was not forever. The band has kept their Sonoran origins in their hearts and minds, keeping Phoenix on their tour schedule so the folks who loved them first still get the opportunity to occasionally enjoy the live experience that helped define the band.

I had a chance to chat with band member London Van Rooy about life with Small Leaks Sink Ships, the move to Portland, and the upcoming tour which includes a Phoenix stop at the Rebel Lounge on April 30th!

Mark Anderson for YabYum: Please tell us what you do in Small Leaks.

How long has SLSS been around now? It seems like at least a decade…

LVR: We just hit the ten year mark, even though there has been some considerable amount of time where we were incapacitated as a band.

What was your perception of the Arizona/Valley music scene when you moved in 2014? What prompted the move to Portland?

LVR: The Arizona music scene was extremely diverse and that’s what we loved about it. We made so many amazing relationships that we still cherish today. Unfortunately, the Phoenix music scene was also very spread out and a little jaded, which made it difficult to navigate at times. The move to Oregon was in the works for a few years. As individuals, everyone had been wanting to get out of AZ. Portland was Judd’s (vocals, guitar, piano) hometown, and I loved the NW from previous visits, so we figured, why not. Plus, after years of car wrecks and cancer, we all needed a fresh start and weren’t willing to part as a band. 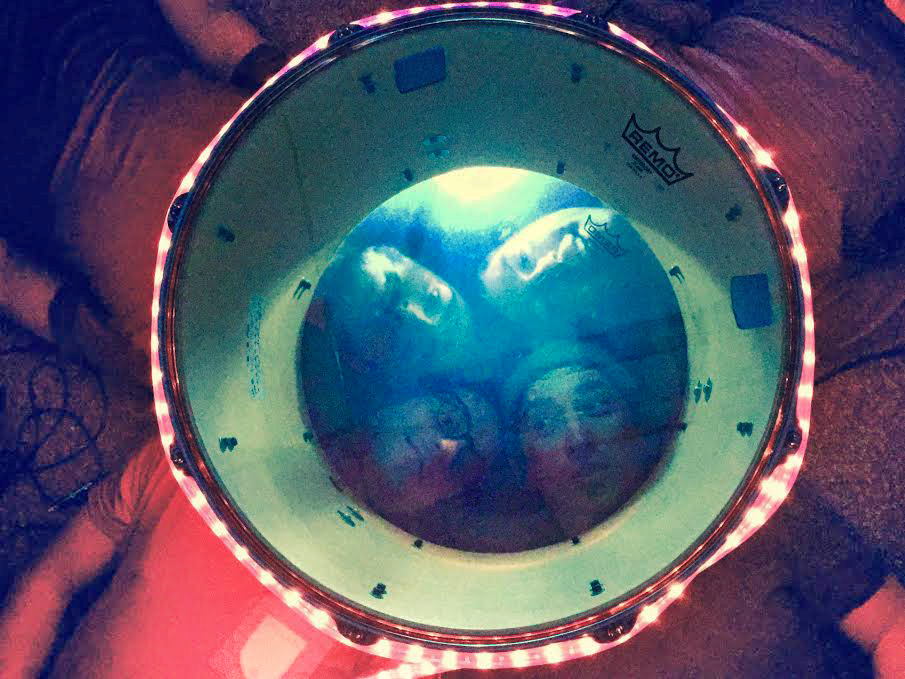 What are your thoughts towards the Portland music scene so far? Had you played there before moving up?

The Portland music scene is pretty diverse as well. I mean, no matter where you go, people are people. You will meet some shitty ones and you will meet some truly remarkable ones. We had played Portland on previous tours and fell in love with the city. One of the neatest things about this town is how supportive and involved the people are when it comes to music and art. I went to a local show over the weekend where the curator made a compilation of all the bands playing and pressed it to vinyl, then proceeded to give it out for free to all the attendees. That is pretty rad in my book.

Do you guys have a similar home recording setup a la the Oak St. Basement where you can lay down different ideas? How is working on the new album coming?

Yes, we have a space at Suburbia Studios in Southeast Portland where we record and write all of our material. Not quite as private as the Oak Street location, but we love it. The new album is just about done. I believe this new record is definitely another evolutionary step for the band. In the past couple years, we have picked up new instruments, gone back to taking lessons on our root instruments, experimented with the writing process more and I feel that overall, we let go of our inhibitions on this one, taking the necessary risks to make an honest and fluid album. Can’t wait to release it!

How did “Love (a poem)” with Futuristic come about? It’s great.

Why thanks. That song came about kind of randomly. My close friend, Kody (DJ Kode Break) has been spinnin’ for Futuristic for some years now. I am always sending him new material the band is working on or just random beats that I make in my spare time to get some outside perspective on the music, plus Kody lived with the band for 5 years, so he knows what’s up. Anyways, Futuristic had listened to the tracks and decided to rap over that particular one. We tossed it back and forth a few times until everyone was satisfied with the finished product and then put it out there.

You guys are on tour! Where are you stopping? Anywhere new?

We go on tour at the end of April for 15 days staying on the West Coast. We will be playing in new territory like Salt Lake City, Denver, and Boise.

In all manners of speaking (musically, literally, etc..) where would you like SLSS to go in the future?

Speaking for the band, I can honestly say that we would like as many people as possible to hear Small Leaks. We would love to tour the world and spread our sound to every corner of the earth (even to the penguins in Antarctica). We believe that playing music is the ultimate expression of the soul and as a group, we have found an altruistic sentiment for each other and our listeners through sound.

For more on the band, peep their webpage. Also, make sure to catch Small Leaks Sink Ships perform with decker. and Emby Alexander at the Rebel Lounge on April 30 at 8 PM as part of their west coast tour. More info can be found here. 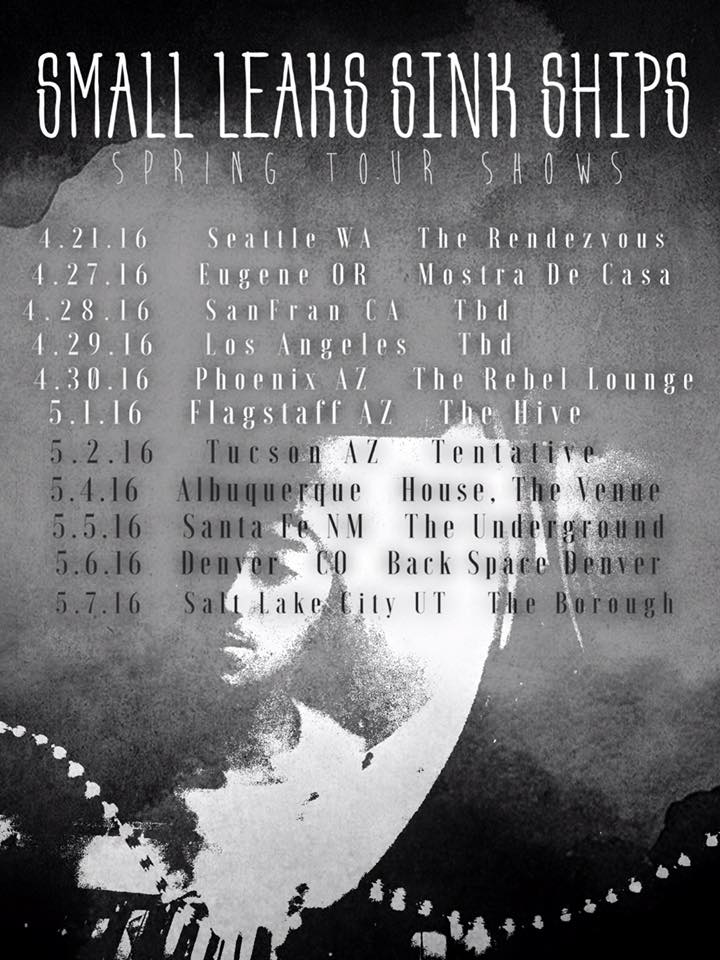