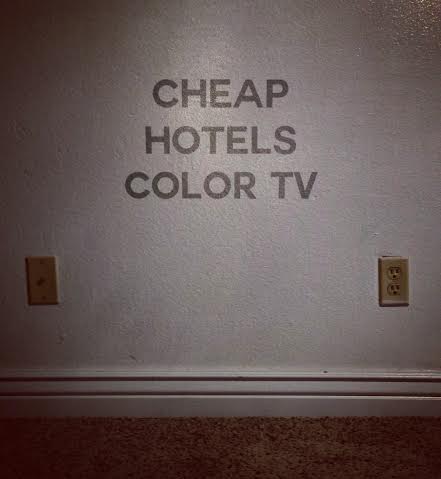 Late one night in the summer of 2001, as I was basking in the luminescent glow of the boob tube, Conan O’Brien single-handedly shifted the paradigm of music on his talk show.

A quintet of skinny runts that looked like they had been plucked off the streets, given a shave and fresh set of clothes, took to the stage. The singer looked stoned, the bass player never moved, and the song kicked off with a flat riding thud on a floor tom. Simple chords from both lead and rhythm guitar followed, setting a tone for what sounded like a fun summer’s day at Coney Island. “Up on a hill is where we begin…this little story a long time ago” emanated in a gritty, distorted sheen from the seemingly disinterested vocalist. The Strokes had arrived, “The Modern Age” ushered in the new garage rock movement, and I was hooked. Nearly 15 years have gone by now…but it seems like it was only yesterday. Fond memories on this fantastic night in Phoenix, Arizona.

Fast forward to Record Store Day, 2016. The location: The “In” Groove. A young, fresh faced quartet hop onto the raw plywood stage and deliver not one but two equally raw performances. With a sound that draws from New York acts like Television and The Strokes, but adding a twinge of Buddy Holly for southern flavor, new upstart Cheap Hotels are anything but cheap.

Their overall indie/garage rock sound has a lo-fi quality reminiscent of “Is This It”, but the musicianship is as hi-fi as it is colorful. Ian Wilson (vox, guitar), Isaac Kolding (vox, guitar), Zeynep Ayla (bass), and southpaw Jordan Raub (drums) play their parts to perfection with a tightness equal to a lid on a pickle jar.

The EP starts with a low hum, then kicks into gear with a fun, frenetic swing on “Back So Soon”. Wilson channels his inner Casablancas on lead vocals while he playfully duels for supremacy with Kolding on guitar. Eventually they agree to disagree and realize they have something sonically special going. Putting aside petty differences, Wilson focuses on kicking some toxic chick to the curb, only to have her return in the end with “Wicked Witch of the West Coast”. Two words, my friend: restraining order.

Kolding makes the tag for lead vocal duties on the endearing yet melancholy track “Sunshine”. Wilson stays close by with a weepy harmony of: “Sunshine/Don’t hide away/Don’t you know you look fine today?/And I ain’t wasting no more time today.” Even though this is my favorite bit of songwriting, I’m not the biggest fan of all the drums being on one side of the stereo spectrum. But that’s me…it’s still a great song.

If anyone has ever grown up in a small town with nothing to offer, “ATM’s & Liquor Stores” might rehash those memories from a dark alley of a suppressed subconscious. In their most extensive song lyrically, Wilson steps back onto the mound and throws a barrage of imagery down the pike about desperate youth, rebellion, individuality and escapism, all while trying to find out the meaning of life. Crafty references of classic films like Rebel Without A Cause and The Great Escape have me guessing if the song is really about kids of today trying to break free, or grown-ups who once had dreams of leaving but came up short in their early years.

As a possible nod to another NYC band, “Got To Move On” sounds redolent to Interpol’s “Take You On A Cruise” at the beginning. Keeping in form with the album’s seemingly overall theme of people leaving, our young lads once again team up beautifully on vocals while Ayla gives her best performance on bass that could give Carlos D a run for the money. A great conclusion to a hands down stellar EP.

Now the question is: When will we see Cheap Hotels on our color television sets? Hopefully soon. Just leave already…you’re too good for Phoenix.