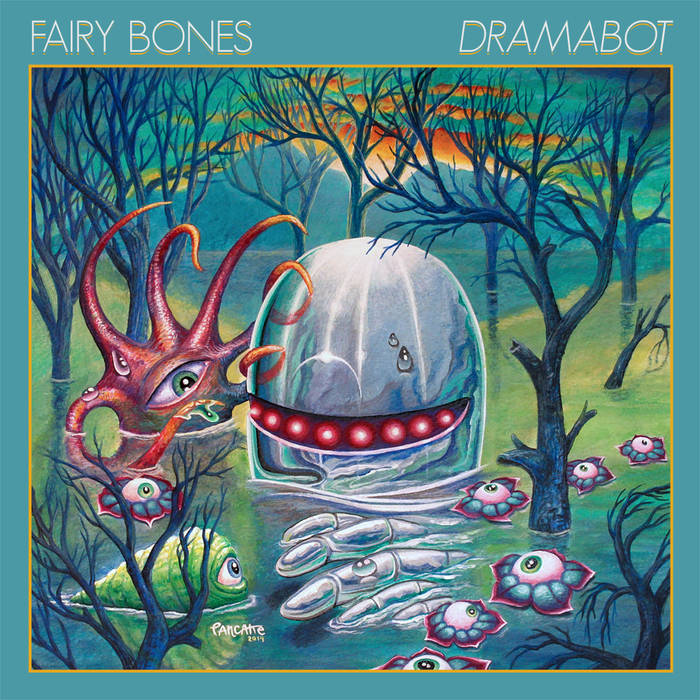 “It’s the little things I can’t let go. They just build up till they explode.”

My fellow Phoenicians, it is with sad and heavy heart that I must inform you that you have been the victims of an extensive and elaborate scam. A deception so deep that it threatens to undermine the delicate foundation in which our dusty metropolis music scene is built upon. For a year and a half now I’ve casually sat back in silence… hoping that you, the music fan, would recognize the same clues as I have and make your voices heard to this insidious atrocity. Never since the days of the Jordan Belfort “pump and dump” schemes has a crime been so vicious and foul to primary investors, that it seems unfathomable that it could happen again.

But it did happen again, and the scene has been paying for it from minute one, both figuratively and literally. I am of course referring to the Indiegogo campaign in the summer of 2014, where 99 backers were served a “Moloko Plus” video cocktail, filled with half-witted humor and lame pleas for help that would sicken a seasoned vagrant. This bold and dubious operation resulted in $5,046 being hornswoggled, and the green light was given to Fairy Bones to dupe the masses with Dramabot.

How bad is this album you ask? Imagine that you were forced to drink a sour version of the aforementioned drug-laced dairy libation at gunpoint, then given the Alex DeLarge “treatment” of watching a live production of Rent with no intermission. It’s a form of cruel and unusual punishment that may actually surpass waterboarding detainees at Gitmo, and I like Rent dammit!

So why has this quartet been allowed to try and reinvent “theater rock” unchecked? Why has this insurrection attempt not had its guts stomped out at the castle gates?! Queen conquered that world 40 years ago and planted their flag! Game over! THEY are the champions! Lords of the manor forever and always! The crown still rests proudly on the head of Freddie Mercury, even while he’s rolling in his grave with laughter as the Bones try to stake their claim with a Folly Roger.

In order for a coup d’état to be successful, the revolting party must be bloody well organized and have a clear identity that reflects their ideals and beliefs. Dramabot however plays out like a muddled manifesto for identity theft. Other than the over-the-top vibrato of Chelsey Louise and the repetitive use of phrases to the point of exhaustion, (“I said I was sorry, I said I don’t know”), this band fails to establish its own signature sound within 12 tracks.

The first 27 seconds on “Demons and Dogs” could’ve been used as a promo jingle for the 6000 SUX sedan. (Now…where did I leave my Cobra Assault Cannon?) Shifting from anthem rock to synth punk in a quest for street cred and diversity, “You And You Again” goes so far as to lace wimpy sci-fi sounds with a nauseating “Drink it down till it fills you up, oh”. I already drank the damn milk and I’m sick! What more do you want??? At this point, I nearly vomit at the breakneck speed and blatant Hives rip-off of “Slide 2.0”, while the cliché “Heat On The Lips” asks the age-old question in gooey, carpe diem fashion “So what you gonna do with your life?”. Heck! Let’s just add the “laughing while the tape was still rolling” at the end as a wink to the suckers that financed this album.

“Jack” is the only song that made me raise an eyebrow at first with its soliloquy feel and subtle guitar and bass lines. The eyebrow quickly went down after the drums kicked in, ending my reprieve from the bombastic first 5 songs. Grungy rock mixed in with bad reggae brings us to “Yeah Pretty Yeah”. I’m almost convinced the line “Oh wolves don’t lose their sleep over the sounds of sheep” was created using a rhyming lyric engine online.

“Trinkets” is probably the most insulting track on this album, taking a lazy, almost Kid A Dada approach to writing lyrics while poaching a nearly identical synth sound from Nine Inch Nails “Deep”. At this point I want to be deputized and start cutting citations as the identity crisis continues. This time a Manzarek-like organ takes center stage in the beer hall swing of “Whipping Boy”, a track that would provide more entertainment for the dancing monkey at your favorite circus.

Blur’s “Song 2” is one of the catchiest 2-minute tunes in the modern era. Simple lyrics, the memorable “whoo-hooo!”, a fucking masterpiece to this day. Clocking in at 2:09, “Banshee” dishes an all-out frontal assault that is just as disposable and forgettable as shrink-wrap. By the time I reach “Notes From Wonderland”, I’m over it. While the Bones try their hand at being dark and brooding, I feverishly rip off my headphones and click the red “x”…gone. The upside to this travesty is that they didn’t figure out a way to rip off Styx with a title track to the album. Domo arigato.

So now a year later, I’m dumbfounded as to how this album has received such critical acclaim. I ask you fellow Phoenicians, “are you really fine with butchery?”

As always, we suggest you check out Dramabot by Fairy Bones below and decide for yourself.