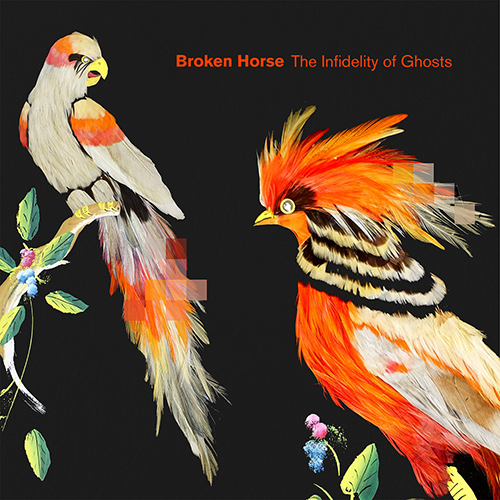 Tell me your vibe is Psyche/Death Rock with retro Jazz/Country and you have my attention.

Alex Oropeza (guitars/vocals), “Yuma Joe” Byrnes (drums) and Bill Cuevas (bass) execute this sound, by the way, and they had my complete and utter absorption from the very first drop of the virtual needle.

To Tucsonans, I’m sure Broken Horse is very well known. They formed in 1986 and played Club Congress all the time before moving to San Francisco in 1992 according to their site. But to a Valley dweller like me, I had no idea this band existed, and that is a bloody shame.

I’m telling you, I’m not sure if vocalist Oropeza’s voice could be any smoother, any velvety-er. There’s an unstated bass, provided by Cuevas, and (the late) Byrnes’ drums are powerful when they have to be.

Can I say a little something about the lyrics? So epic. Like, Greek tragedy epic. Which is good because they would pale in comparison to the music. Which is Spaghetti Western epic.

Why you should listen: Because you won’t hear tales of death, killing, revenge and gun slinging combined with a mix of music special-ness like this.

What you should listen for: In a word: All of it. [Actually, Frank, that’s three words. -Eds.]

What they sound like: Like a Quentin Tarantino film meets The National meets a great storyteller with a big ol’ guitar and something to say.

What you should do while listening: There’s a lot of ways I could go here… (Wait what? Is that a Rhodes? Man, that was cool…first listening comment aside…)

Let’s see. You could get into your Lincoln Continental – not the ones Matthew McConaughey is schlepping – the kind with the suicide doors. A black one, preferably, and go on a road trip to Tijuana.

Or, if you’re not that adventurous, grab a bottle of Jack Daniels, a shot glass, and hole yourself up in a darkened room and get the demons outta your head.

Here’s where you can hear this gem: