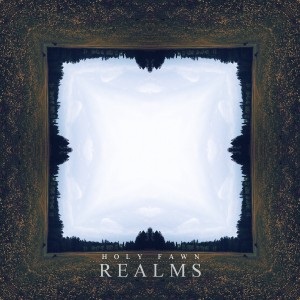 Ambient-acid-indie band HOLY FAWN released their debut EP, Realms, this past December and now they’re ready to debut their music video for “Glóandi” right here, right now. But first, a few words about the video from HOLY FAWN’s Ryan Osterman…

YabYum: So, tell me about making the video. Who directed it? Who else was involved?

Ryan Osterman: This first music video is for the 5th song on REALMS called “Glóandi.”  It’s really a collection of videos that we’ve collected from our friends, archives, and bits we filmed ourselves.  We’ve been really enjoying doing everything ourselves from recording the album all the way to making our own lighting for our shows, so we wanted the first video to be our own creative endeavor as well.  The song is a death trip and the reflections about life and love during/afterwards, and I wanted the video to reflect that.  It’s judder-y, it’s raw, it’s imperfect, it’s noisy, it’s chaotic, but hopefully sort of beautiful in its own way.

We’re fairly new; we played our first show in October last year, I think? Since then, we’ve been playing a lot and making a ton of new friends in all these local bands and kind of getting our name out and about. We’ve got a lot of new material we’ve begun recording, and we’re planning a small tour through the Southwestern states with The Living Receiver in May. Still kind of getting our act together but everything has been happening fast and the response has been flooring, so I think we’re just going to ride that momentum and see where it takes us for now.