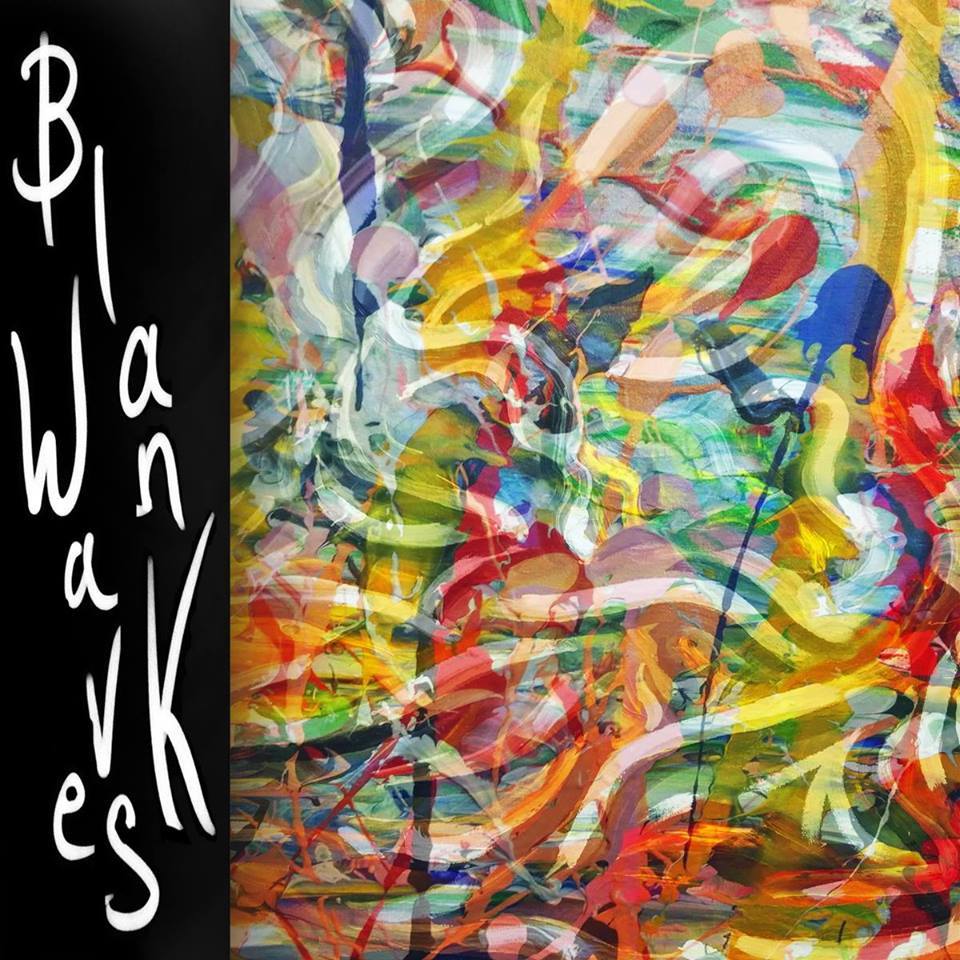 The three-piece psychedelic outfit known as The Blank Waves are getting ready to release their debut s/t album later this week at The Trunk Space downtown. I had a chance to preview the release and I must say I was more than pleasantly surprised by the richly layered tracks that floated out of my speakers the minute I hit play.

“Song for Syd” opens the EP with its circus-laced sounds and submerges the listener into an all-encompassing aural experience before giving way to the dreamy “Changing Sun”, the second track on the album. An interlude breaks up the EP without causing a flutter in the cohesive, but not homogenized, sound that will have you feeling like you’ve drifted into a Mary Poppins’ chalk drawing.

What strikes me most about The Blank Waves music is its fluidity. Tracks meld together in a Strawberry Jam-style stew of colors and textures. Cody Hazelle, Ninos Karaman, and Max Modeen make up the holy trinity of The Blank Waves. Together, they are crafting what just might be my favorite local electronica which the band describes as “Psychedelic Lo-Fi Vibes”.

Perhaps, I shouldn’t say “band” either. The trio disdains the title. Instead, according to their Facebook page, “The Blank waves are a medium by which psychedelic forces are manifested; a link between the physical and metaphysical. It is through these relentless meat packages that one may experience an inspiration of oceanic proportions.”

“Why You Fight It” ups the energy while its repetition serves to reinforce the existential anxiety tucked away in its lyrics. “Loony Bin” closes the album, pushing the energy and dissonance to its furthest point without ever going too far for my radio-raised ears.

I recently had a chance to ask The Blank Waves players a few questions about the new album and the impending release.

Lenore LaNova for YabYum: First, let’s talk about the nitty gritty… Where did you record the new album? How long has it been “in the works”?

Cody: We’ve recorded the album ourselves in our own home over the last 6 months, with some breaks and distractions in between. The songs are representative of the last year or so of our band. “Changing Sun” and “Let it Breathe” are our oldest outings on this album. Probably close to a year and a half old at this point.

Tell me a little big about The Blank Waves. How did the band come into being?

Cody: The three of us have been playing music together for more than 3 years now, in various incarnations. Before this group we were known as Creosote Mantra where we had a fifth member in our band and put out an EP under that name. The first Blank Waves show was in January 2014 and, at the time, we were a four-piece rock band. We’ve since then morphed into the three-piece we are today by being inspired by lots of music and art as well as learning new things.

I noticed that the band members “don’t play a real instrument”. Is this true? Do you rely solely on electronic instrumentation for both recording and performing?

Max: We like to poke fun at the fact we only “push buttons” and “don’t play real instruments” because when we play live there are no guitars, bass, drums, etc. Actually we capture a lot of sounds; acoustic and electronic at our home and bring them to our shows with compact performance samplers. Cody and I also play synths and our setup is always changing. Who knows what the future holds?

The album is a pretty eclectic mix of instruments. A lot of keys and synthesizers, real drum sets and drum machines, and if you listen carefully there are even a few guitars hidden in the mix. But a really important aspect of our music is the various found sounds we like to manipulate and use in our tunes. Might be our friend’s piano, nature sounds, Cody’s baby nephew, audio books we like, etc. We then take these recorded sounds, chords, melodies, what have you, and put them on our samplers in order to utilize as many instruments and textures as we can in the live setting.

Of course we like to tweak them beyond recognition into something other worldly. That’s one of the most fun things for us.

With songs like “Why You Fight It” and “Looney Bin” it seems like the debut release is all about embracing the inner insanity. Am I totally off-point or are you actively encouraging your fans to go crazy?

Max: I like to think our music reflects some aspects of being a person and experiencing your life. We have a lot of calming and peaceful stuff that reminds me of the good times. But there is always an underlying darkness or craziness that can rear its ugly head at any moment. Just like life!

Ninos: “Looney Bin” definitely carries a heavy theme of insanity but I wouldn’t say it’s encouraging people to go crazy in anyway. “Looney Bin” reflects frantic anxieties about how we are being perceived by other people and its influence on our ability to be who we are.

Cody: “Why You Fight It” is more about the American Dream and what we’re told growing up. I guess maybe more my attitudes toward the “default” way of American living and expectations. “Money, family and working are very good for you. You know it’s true. So why do you fight it?” The other half of the song expresses a different feeling of what the American Dream can mean to an individual and how free and lofty that particular feeling can be.

Any additional 2016 plans to follow up the release? Local events? Tours? Music Videos?

Cody: Yeah! We have a music video coming out shortly, probably later in the month, for a song that didn’t make it on the EP. We’ll be playing a 4/20 show at the Trunk Space with completely different material and some local friends of ours. The details of that are still tbd… We’re also playing Indie 500 on Saturday 4/23 (the third annual and final event at the venue – eds.). Lastly, we hope to do a mini tour to California or something during the summer. It’ll be our first outing so we want to keep it easy!

The Blank Waves will be releasing their debut album on March 30th at The Trunk Space with Waytansea Point, Amadoo’s Crew, and Eli Kluger. More information on that event can be found here.

Additional Links for The Blank Waves: