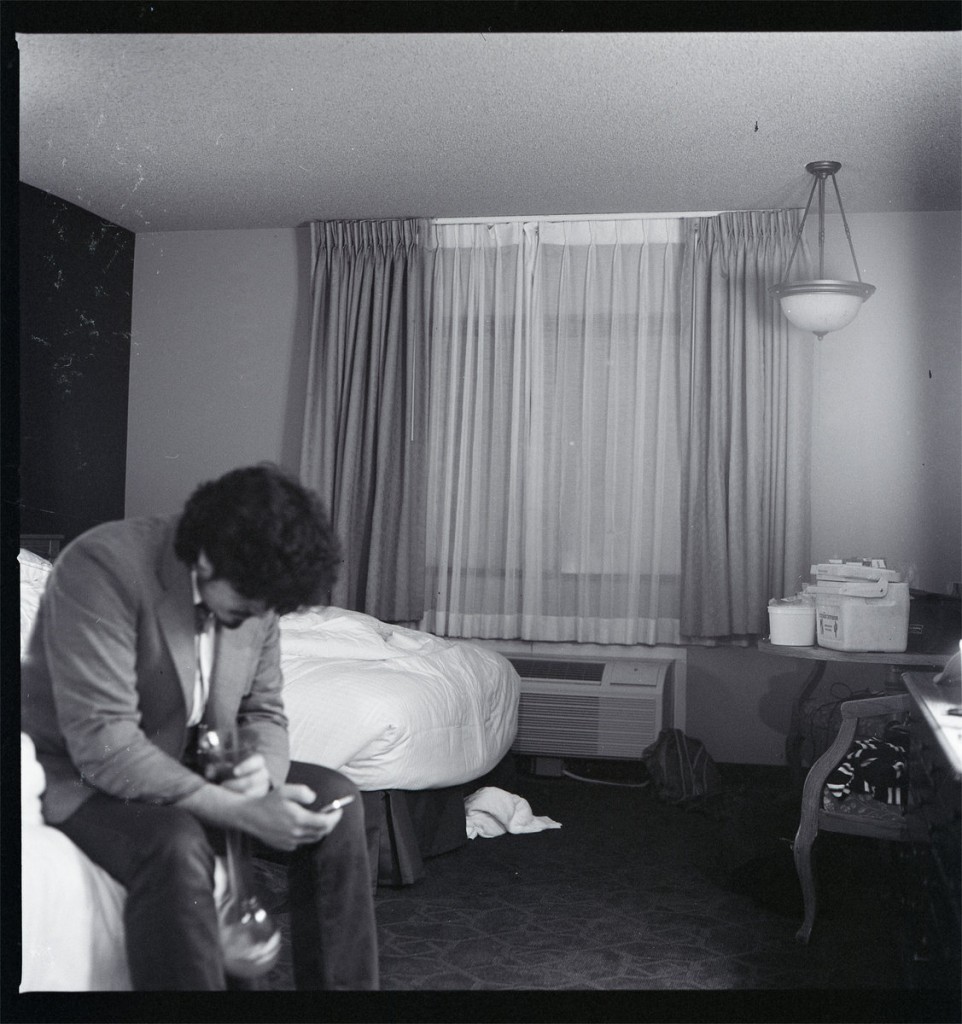 The Phoenix-based indie act known as The Hill in Mind has developed a reputation for meticulously arranged music of resounding beauty since they emerged on the scene back in 2013. Their 2015 release – Thimble, Needle, and Thread – was one of my favorite albums of last year, but I didn’t even discover it until we were in the midst of our awards’ season several months after its release. Apparently, this is a recurring issue with The Hill in Mind (see proof here). I’ve decided to blame the band.

For New Years 2016, I resolved to keep a close eye on the band for the casual mention of new work to prevent future problems and, lo and behold, I was awarded with the arrival of Hill Never Sing Again. The album is a striped down collection of songs featuring Joshua Hill, the centripetal force of The HIll in Mind, all by his lonesome. The singer-songwriter presentation of Hill Never Sing Again gives listeners (and probably Hill himself) an opportunity to really hone in on the songcraft without getting lost in the elaborate orchestrations that have marked previoius releases from the band.

“Little Boy, Liar” opens the 10-track album with some gentle melodies and contemplative lyrics. The next track, “Failed Music”, presents some darker musings as Hill slips from singing into a speaking rhythm (which he on other tracks like “Like an End”).

“Little Sparrow” was the staff favorite down at YabYumHQ, but I’m not so ready to commit myself fully to just one favorite track. As the album meanders toward its conclusion, the melancholy begins to lift while the musicality remains pleasantly placid. “All That I’ll Ever Need” closes Hill Never Sing Again on a sweet and somber note.

Lenore for YabYum: The new release has a much more stripped down sound than previous releases. What was reasoning for the decision to do away with the additional instrumentation to focus on the singer/songwriter aspects?

Joshua Hill: I think of recording a new batch of songs as an opportunity to explore lyrical themes or musical techniques. I’m very self-critical and I felt like some aspects of my songwriting got lost in the fireworks of our last album. For Hill Never Sing Again, my intention was to deliver the songs as simply as possible. At the time of recording, I was inspired by the simple and direct musical communication found in Indian classical music, the stark solo performances of Vic Chesnutt, and the dark humor of Howe Gelb/Giant Sand.

I think my decision to make it solo also has to do with the lyric content of the songs. I often feel like the story of a song feels “less real” when there are multiple musicians involved. Recordings are really great at creating an unreal sonic space, but I did not want these songs to be a part of any sort of fantasy as this batch of songs is especially personal. Plus, we may record full band versions of some of the songs on Hill Never Sing Again!

On previous albums, other musicians were included while this work focuses more on The Hill in Mind as a solo venture. Has the band always been your vehicle for your songwriting? Or have other artists been involved in those aspects?

JH: The Hill in Mind is basically a collective group that usually centers around my songwriting, or at least, organizing of things. It is totally a band, right now we’ve got 4 total, five in the past. The band compliments my weaknesses and fills in the gaps. Usually, I’ll bring in a song that’s 92.6% a song and then we will flesh out the arrangement in rehearsal. It has taken a while to figure out exactly what The Hill in Mind is, but I’ve decided that Giant Sand is probably the best model.

Recently, we’ve been doing more collaborative in our approach. Our Christmas EP was devised together and demonstrates how we will likely approach any future recording projects.

Can you tell me a little bit about your musical training? You can definitely hear the echoes of musical education in the guitar work on the album.

JH: As a group we are all formally trained on our instruments, but we really try to keep our technical abilities out of the way of the music. I have had excellent music teachers throughout my entire life. I started on violin when I was about six and gradually picked guitar and piano along the way. I went to Arizona State University to study Music Theory and Composition. I learned a boat load, composed a good amount of chamber music, and met most of my current musical collaborators. Studying at ASU was amazing, but most of my musical education has come from listening. I’m especially inspired by renaissance/baroque music, minimalism, and music from around the world. The Hill in Mind songs are often a strange amalgamation of these influences, for instance one of our songs is basically Indonesian Gamelan, a Beethoven string quartet, and lyrics about Greek mythology.

I find that the tracks on Hill Never Sing Again are more pensive and maybe even a little darker than previous releases. Rough year? Or are these tracks that you’ve been working on for some time that didn’t fit into previous releases from The Hill in Mind?

JH: The songs from Hill Never Sing Again have been in the works for a couple years. I guess they started with what I now call my “Quarter Life Crisis”, which happened a few summers ago. I’ve always had challenges with depression and the likes, but recently I’ve begun to address those challenges in a much more nurturing way. For me, this album really represents a growth in maturity. In the beginning, the songs seem childish, self-centered, and trapped. Then it seems that the songs start to notice other people, notice that you have an influence on other people, and see that they need help. By the end, there’s at least some attempt to embrace the unknowable and find peace in life. These songs were all very cathartic to write, and hopefully some of my experiences can be informative to others!

What’s next for The Hill in Mind? Any 2016 plans to speak of? Hopefully the “Never Sing Again” part of the album’s title is not true.

JH: We are currently working on devising some new material, working on some concepts for videos, and planning tours. I was fortunate enough to spend last year composing music for a Phoenix-based experimental performance collective: Orange Theatre’s performance of Euripides’ Herakles. We are working on incorporating more theater into our music based off of what I learned from my collaboration with Orange Theatre. It’s doubtful you will see us disappearing anytime soon.

Listen to Hill Never Sing Again by The Hill in Mind below. You can find out more on Facebook.