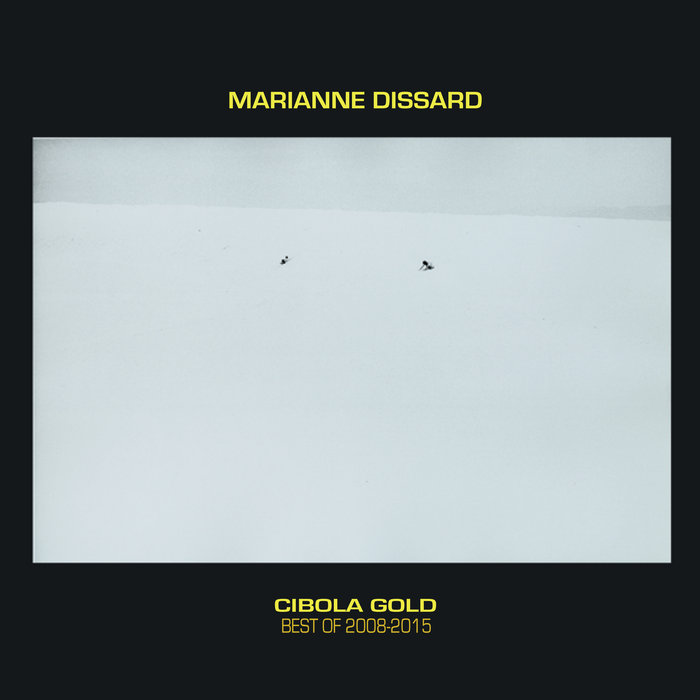 Closing the Distance is a new series in which we try to expose artists with desert roots who have since moved to other locales. Let’s bring this community a little closer together.

Is it fair to call Marianne Dissard an “International Jet Setter”? Why not?

Having toured the world extensively whether by foot, or donkey, or Trans-Siberian Rail (I’m sincerely hoping jalopy, junk boat, and helicopter too), playing her unique “baroque desert noir chanson” music to thousands of fans, it’s easy to think that the title might apply.

I think I prefer “Adventurer” or “Explorer”. Something more along the lines of Jeanne Baré, Isabelle Eberhardt, Nellie Bly or… Tintin. Forging her own path and creating her own destiny.

When she sent us news about her latest release, Cibola Gold: Best of 2008 – 2015, calling it, “my closing statement as a​ the odd​ ​chanteuse ​out ​in Arizona…a farewell to my beloved Tucson” including a new 24-page booklet of photos and musings she herself designed, I had to take the opportunity to ask some questions about life in Europe, the musical process, and what’s next for Dissard.

Mark Anderson for YabYum: Where in Europe do you currently reside? Please tell us all that you do there.

Marianne Dissard: ​I left Arizona almost three years ago. I first aimed at living in Sicily (Palermo) but wound up spending a year in Paris teaching yoga, on a sabbatical from performing and making my own music. Then I spent a year in a small Italian town called Matera (in the small, quiet region of Basilicata) to write a book of memoirs about my return to Europe. I’ve since been bouncing from Italy to Berlin and London, and Paris depending on where I have shows. 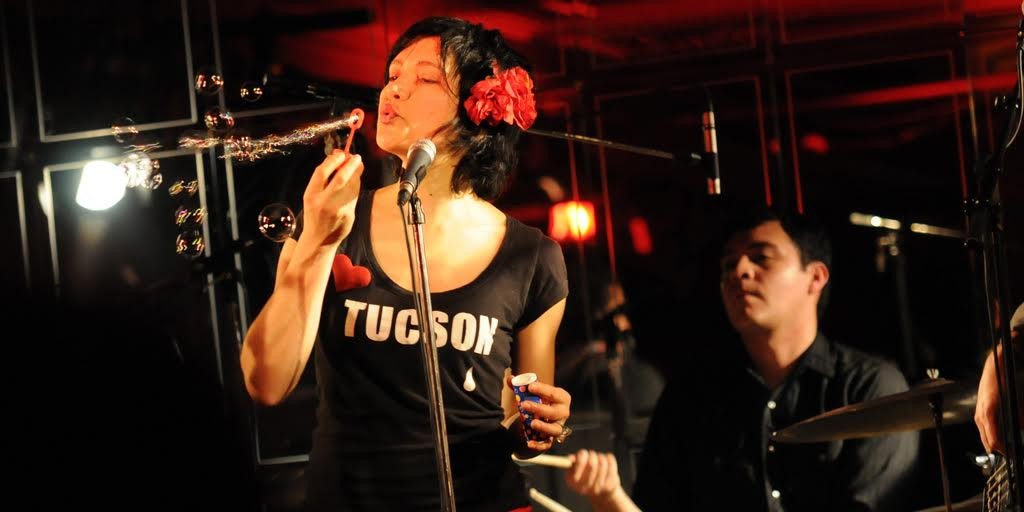 What were your thoughts on the Tucson/Arizona music scene when you moved in 2013? Did anything in particular prompt the move to Europe? I know you’ve toured there often…

MD: ​I was born in France but left with my parents for Mesa when I was a teenager (yes, I went to school at Dobson High ;). After studying film in LA at USC, I went to Tucson in 1994 to make a film on Giant Sand. I didn’t leave for two decades, sucked in by the music scene down there. I owe it all I’ve become. My collaborations with Tucson musicians – mostly those orbiting around Calexico and Giant Sand – has made my music what it is but it was time to move. I’d been more and more inspired and drawn to scenes beyond Tucson after meeting by chance a DJ from Minneapolis’ Rhymesayers label. This led to collaborations with BK-One and Budo, and a desire to experiment further with my own work.

I’ve heard from various folks that live music seems to be appreciated more in Europe. Would you agree with this? If so, why do you suppose that is?

MD: ​Live music is appreciated differently in Europe than in the States, as is food or coffee. For the kind of music I do, I would say there are more state subsidies and institutionalized support, as well as maybe more affluent fans. 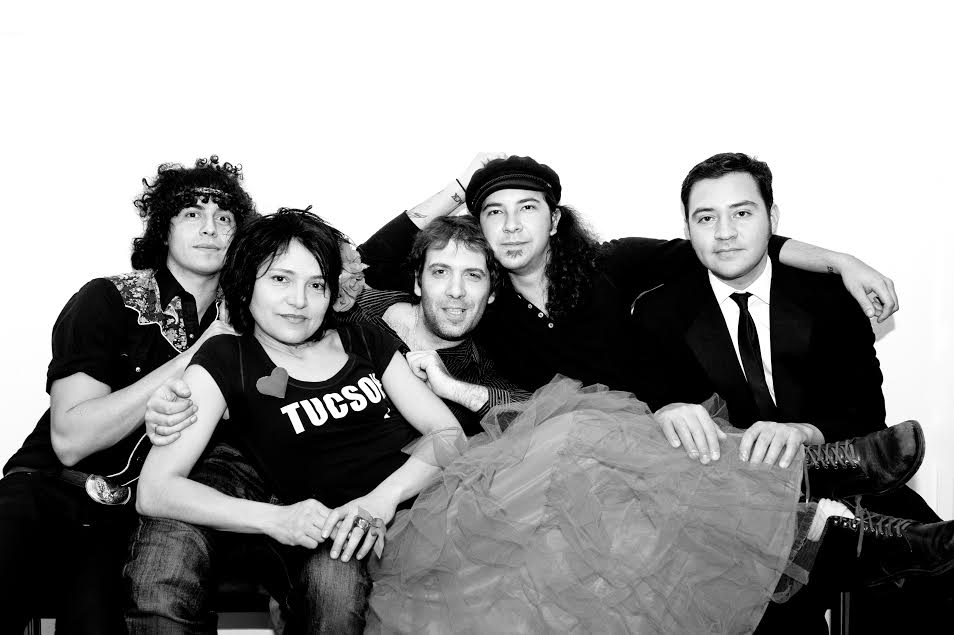 Please tell us about Cibola Gold. Why did you want to release this collection now?

MD: ​I like to round things up nicely, for my own sake as well as that of my current or future fans and a “Best Of” is a way of guiding them through my work.​ My albums have evolved in style from the first, a more folky, Calexico-tinged venture to the darker, Nick Cav-ish sounds of the latest. It might feel complex to sum it up and it is. BK-One says it best in the essay he wrote for Cibola Gold’s booklet: “Marianne’s music plays effortlessly with contradictions. Tender, yet abrasive. Melodramatic, but vulnerable. Comical and heartbreaking.​”

How and where did you meet Yan Péchin? Please tell us about him. Are they any other members of your band at this time you’d care to tell us about?

MD: ​Blessed in Tucson with such fabulous backup tour musicians​​​ (Sergio Mendoza, Brian Lopez, Gabriel Sullivan…), I was under the gun to come up with European players who could bring the same energy and passion to ​the live shows. I remembered this French guitar player I had seen in 2001 in Paris – and whose skills and style became the benchmark for any guitarists I worked with from that day. I called him up a couple of years ago and we started touring Europe as a duo mostly. He’s just about as dramatic as I get on stage, with expressionistic pedal work I’ve only ever witnessed from Tucson maestro Connor Gallaher.

Being a world-traveler, please relate a favorite place to play that you have experienced. What made it so special?

​MD: A favorite place? Maybe the poolside show I did in 2011 at the Great Wall near Beijing? ​Or the benefit show in Christchurch’s tiny port town (reminded me of Bisbee!) after the major earthquake that wiped its venues? And definitely the shows on my Pyrénées walking tour, when, alongside my gear-carrying donkey, I went from small town to villages of my home region. 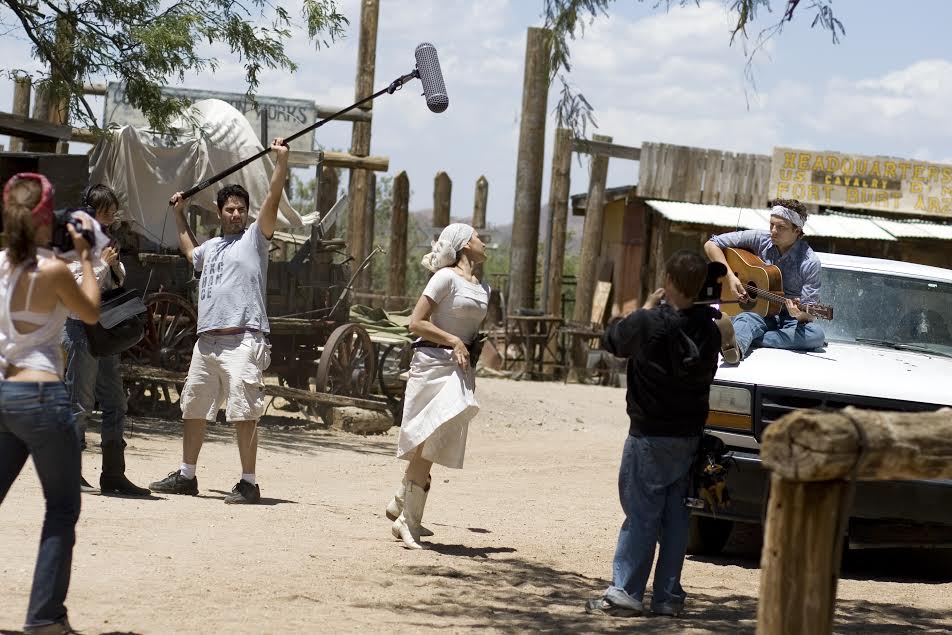 Living in Europe right now, is there a heightened sense of fear or alarm due to terrorism that you yourself notice? I imagine it could be similar to the U.S. where it always “looms in the distance” but perhaps it’s more direct over there. Do you feel as comfortable as in the past traveling the countryside?

MD: ​Yes, I feel safer than in Arizona, less paranoid about walking into a restaurant where a gun-toting madman is eating his tots. I was in Paris when the November attacks happened. The next day’s sounds (helicopters, sirens) reminded me of the sounds of my neighborhood in Tucson and the people’s attitudes for a few weeks following (kinder, calmer) also reminded me that there is another way to live than this stressful, neighbor-hating survival mode we take for normal here – and everywhere. I am spending this month volunteering in Calais, France at the service of the migrants of the Jungle camp. What I’m seeing there is a dream in action, from all the volunteers on the ground, of what Europe could be: open, tolerant, curious, loving. The borders are alike everywhere, from Calais to Nogales. Our responsibilities are the same.

What is in the works for Marianne Dissard? More music videos? New singles? Parts of the world to visit?

MD: ​I’m writing a book (due sometime late this year), will be recording a new album in Paris with producer Budo. I’m also producing an album myself for this great Franco-american artist, Allyson Ezell. And yes, more videos, always. They’re little bits of comic reliefs in my life that I truly enjoy crafting.

Preview Cibola Gold: Best of 2008 – 2015 below. I strongly recommend purchasing the Signed Deluxe Edition CD available through her Bandcamp page which includes the aforementioned 24 page booklet – along with the music, the visual stimuli and prose found within imbue a sense totality for the listener. For more info on Marianne Dissard, visit her website.