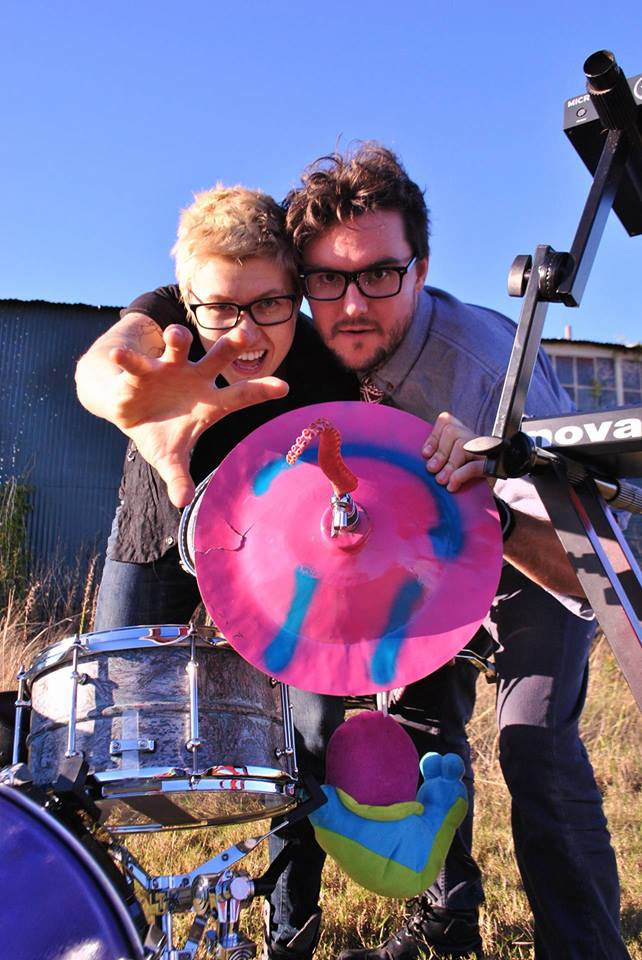 All photos courtesy of Snailmate

We’re lauching a new series that focuses on the creative individuals that help make Arizona’s music scene so diverse and resplendent. Get an Insider’s Introduction with Mark Anderson to learn more about the bands who make the Valley’s scene thrive!

Snailmate is a unique congregation: simultaneously a couple that inadvertently became a band, and a band that clearly identifies itself (and generates interest), as a couple. I mean it’s in their band name even.

We’ve interviewed/reviewed plenty of bands for YabYum and while many of them contain couples, it’s not necessarily known or put out there. It’s like if you know, you know – you know? Meanwhile, what does it matter if a couple presents itself that way or not, it certainly isn’t affecting the dynamic of the music, right? Well, in the case of Snailmate, I think it does.

Following Snailmate on social media, you can’t help but come across some amazingly adorable picture of Ariel and Kalen – oftentimes in their car or in some sweet venue somewhere. Watching them perform live, you witness the intensity and closeness the two share for one another. I feel it’s inherently built into their music as well.

Needless to say, I was intrigued by this and asked them a bunch of questions regarding their personal lives and on being one of the hardest working bands I know.

YabYum: How did Snailmate come to be?

Ariel Monet: Snailmate started because I was looking for a project that could tour full time. Kalen and I were living together so I asked if he wanted to start a band and he was down, but he didn’t play any instruments so he went out and bought his first synth and started learning and writing on it. We would jam with my drums muted in our apartment every day and finally had a few songs written, we had tried out a few people to join the band but scheduling for practice and tours wasn’t going as smoothly as I had hoped so we decided to stay a two-piece.

Kalen Lander: Snailmate was never supposed to happen. Ariel and I had played together when I would collaborate with Sister Lip and she drummed with my jam group, Shark Fart. But we figured that was about all we would ever have time for because I was in TKLB and she was with Sister Lip. But a bunch of shit went down and we found ourselves with the opportunity to try something new. This was around January of 2015. We had no idea how it would work out. I was a really crappy keyboard player.

YY: Were you two a couple before you were a band or did both happen at the same time?

Ariel: We were a couple for a year before we started Snailmate. We had talked about doing a project together since we started dating because I was a fan of his music since I was 16, but I was busy with my other band so it just didn’t happen right away.

Kalen: Definitely a couple first. We had mutual admiration for each other as musicians but never expected to have a serious band together.

YY: It seems as though you have been touring since the moment you started Snailmate. Was this a conscious decision? I think it’s very smart.

Ariel: Thank you! I know a lot of people that disagree. It was a conscious decision. We played our first show April 4th, 2015 and our first mini two week tour started on April 12th, 2015. It had benefits and disadvantages. The positive is we figured out our kinks on the road so when we got home we were a lot tighter. The negative was we got our kinks out on the road. [Hahaha.] But I also believe we will always be working on bettering our songs.

Kalen: Ariel knew exactly what she wanted and how to achieve it on the road. I was willing to try something knew because TKLB had grown so stagnant. Bartending allowed me the flexibility to take time off. Snailmate was designed to tour. 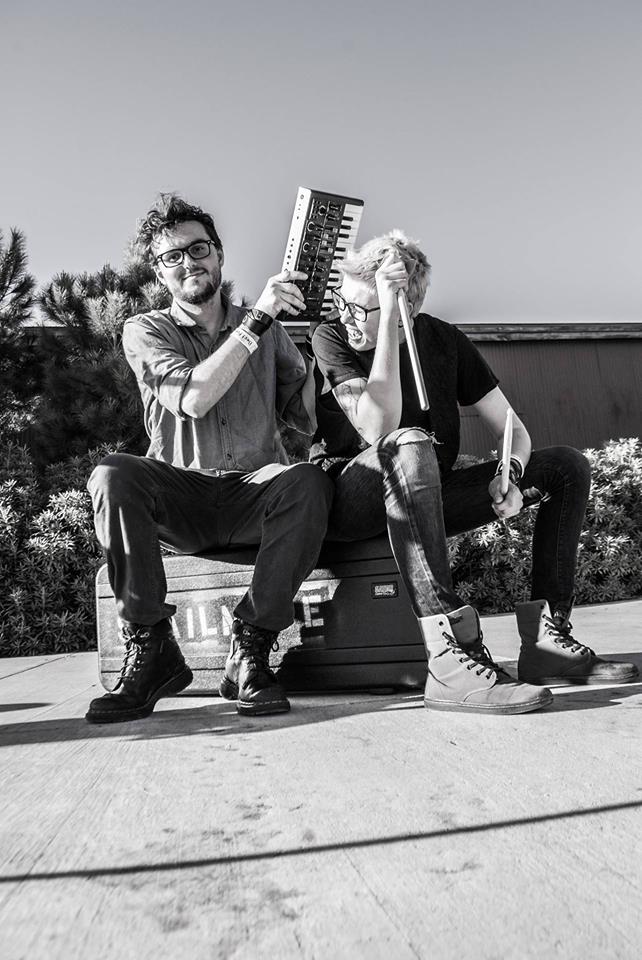 YY: How has crowd-response been on the road?

Ariel: Really great!! We try to sell our merch for an affordable price so more people can grab a CD and a shirt and not go broke. We also give away stickers and posters and people are always stoked on that. Some towns are better then others but it’s always a positive experience.

Kalen: The road has been so amazing. We have made great new friends and have been able to reach people in ways I never expected. It’s addicting, and it just keeps getting better.

YY: Where was one of your favorite places to play and what made the scene there so fun?

Ariel: One of my favorite spots is Denver, Colorado. It’s a great, growing scene right now and we have been lucky enough to play with some really good bands there. Plus everyone is really nice!

Kalen: I’ve really enjoyed the Midwest. The people there are very relaxed and friendly. I’m born and raised in Tempe so anywhere that isn’t home is thrilling to me.

YY: You have obviously been playing around the Phoenix Valley for years (prior to Snailmate). What do you notice about playing here that is different from the many other places you’ve been to? I can imagine there are both better and worse things…

Ariel: There are towns where people stay inside and watch all the bands and then smoke IN BETWEEN bands. It’s magical. I work at two venues in town and it’s really upsetting to watch all these awesome bands play to a few people and there’s a group of people just smoking and talking outside (there are also cities that stay outside and smoke too, but quite a few where it’s about the music). A really great thing about Phoenix is the bar owners are more personable then a lot of other cites, we play so many venues out of town and never meet the owner or the booker.

Kalen: I think the scene around town is spoiled with so many great bands, none of which sound alike. I was able to cut my teeth sharing stages with rock bands, blues bands, funk, metal etc. and it’s so beautiful how willing Phoenix is to mix up a bill. Not everywhere is so open-minded when booking a full night of music so we have found ourselves struggling with venues trying to put us on a show because we don’t necessarily fit in.

YY: Tell me about the new EP Dine+Dash. Who recorded it? Where was it recorded? Any behind the scenes moments during the recording process you care to share?

Ariel: Our new EP Dine+Dash was recorded at Mind’s Eye in Glendale by Larry Elyea. We recorded our first EP, Escargot, there as well. I love how the first EP came out, but I really want to remix or rerecord Dine+Dash eventually with Curtis Grippe at STEM as we have recently recorded a Christmas Song and new single for our 7inch vinyl split with The Buglies from Austin coming out late March, and I really like/prefer how our music is coming out with Curtis.

Kalen: We went with Larry because of his background recording metal and rap. We had no idea what we wanted to sound like but we figured that was a good start. The studio will never not be awkward! It’s a bizarre but important experience to explore the intricacies in your sound that you can’t always get in your garage when you’re trying to hear yourself over the drums. For better or worse I definitely learned a ton about my playing. I’ll let you know how I feel about it in a few years.

YY: What’s next for Snailmate? I can imagine you’re always looking for another place to play. A full length album in the works at all?

Ariel: We have tours (some long, some short) booked through July 2016 as of now and tours planned through September 2016. We are playing a few shows in Hawaii the week after our EP release so I’m really excited about that! We are releasing a 7inch vinyl spilt with The Buglies from Austin in late March, (release show is in Austin) We are going to be releasing one more EP called Leftovers to finish the trilogy. It will be recorded at STEM in the next few months and is going to be released on CD and cassette. After that we will be doing a full length, already writing a bit for it but it won’t be out for at least a year.

Kalen: I have no idea. I just go where Ariel tells me. I know it’s gonna get weird.

YY: What’s the best thing about being in a band with your significant other? Is there a worst?

Kalen: It’s like having your cake and eating it too! Then getting really full and sick of cake. It’s great ’cause we can be gross around each other and it doesn’t really matter. But it’s stressful and every decision seems really important so there are lots of arguments. But at the end of the day it’s amazing to share something I love with my best friend. And it beats having a kid. I’m a pretty lucky guy.

Make sure you attend Snailmate’s Dine+Dash EP release show, on Friday Feb. 12th, at the Time Out Lounge in Tempe. The Bittersweet Way, Ana Log, Japhy’s Descent, and Companeros will be joining them. The event starts at 9PM, is 21+ and $3 at the door. More info can be found on the Book here. 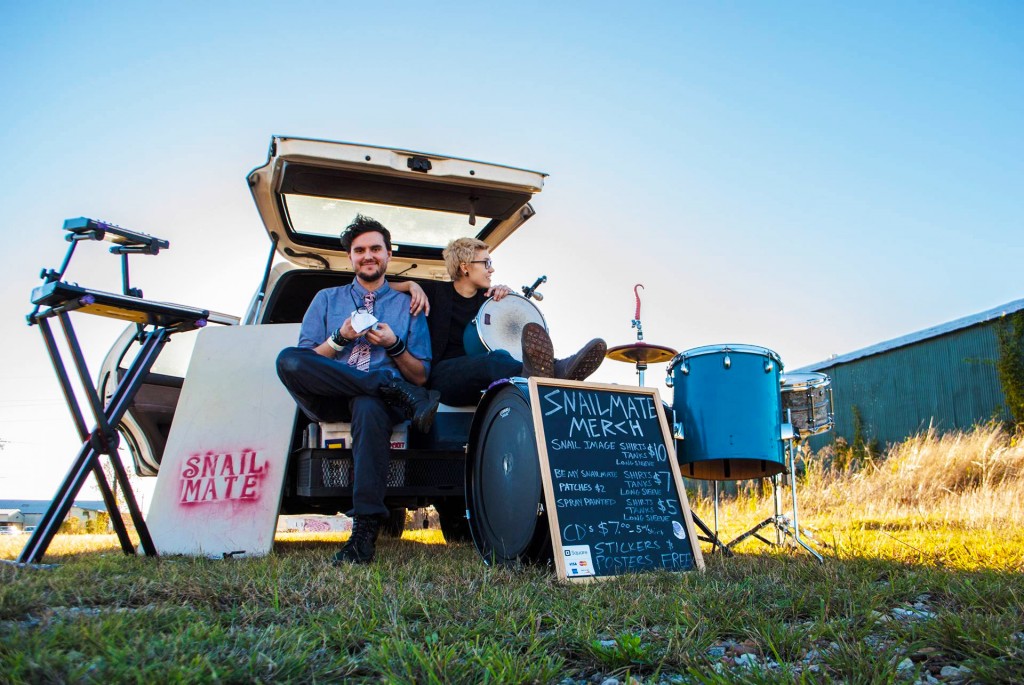