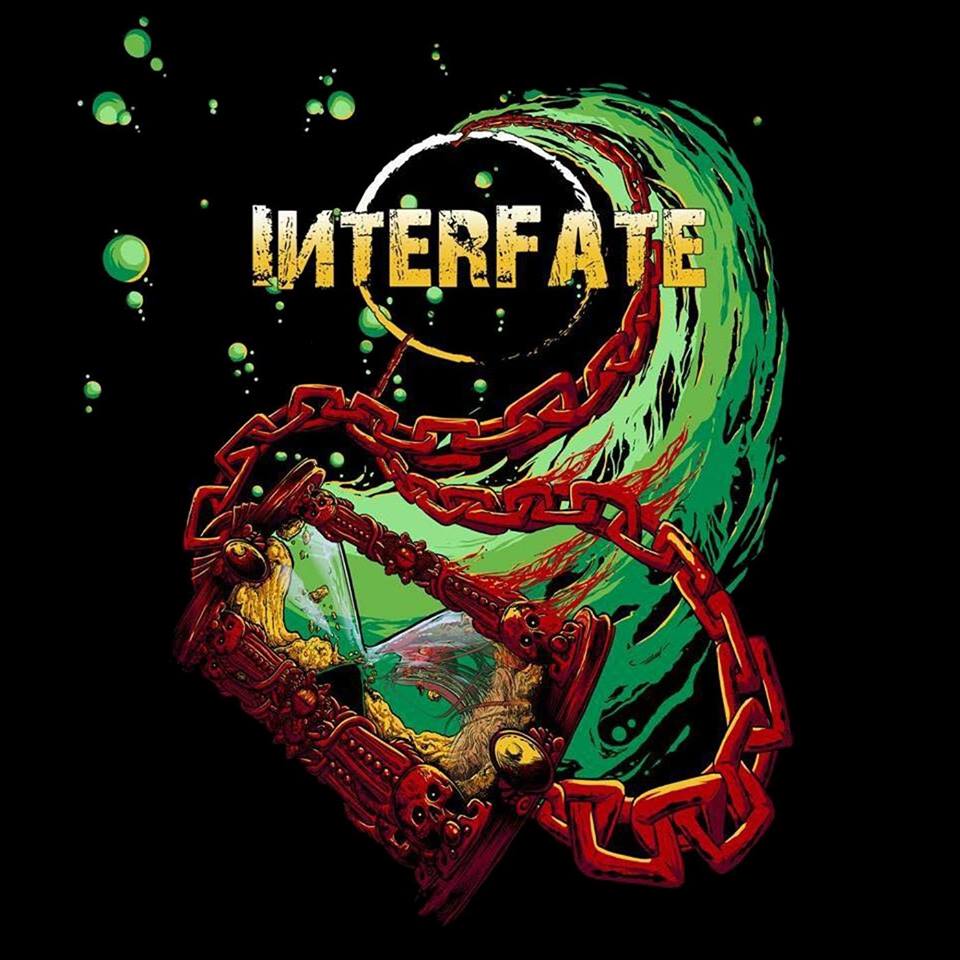 An Insider’s Introduction is a new series that focuses on the creative individuals that help make Arizona’s music scene so diverse and resplendent.

Charles Kendall is an unassuming individual. Soft spoken with a relaxed attitude so I was intrigued to find out he played drums for the hard rock band Interfate.

Over time, I discovered that he was working with a management company and was told where to play and how to dress. Not knowing many musicians who were in this particular vein of the music industry I began asking him all sorts of questions about it and what it was like to push hard with Interfate.

Not long after that I found out he played Brazilian samba and live hiphop too! And, having decided to pursue percussion full time, began offering drum lessons as well. I realized someone so dedicated to their craft was worth asking some questions for (digital) print so I compiled what I knew and fired away…

YabYum: How long have you been playing with Interfate? Please describe the band for those uninitiated.

Charles Kendall: I joined the band about two years ago after finding their ad on Craigslist. I was just preparing to post my own ad to look for a band, to say that I played in the style of Chevelle and Breaking Benjamin, but when I clicked on their ad it said looking for professional drummer…. who plays in the style of Chevelle or Breaking Benjamin! We met, and within a few months we were recording a new EP!

YY: Obviously you do the drumming, do you have other roles in the band as well? Not sure if you’re the guy who books shows or does web stuff or what…

CK: We all do some of the booking. Since we are all very busy with work and/or school it turns into everyone doing whatever they are able to do. I tend to lean more towards the Facebook promotion than any of the other responsibilities. 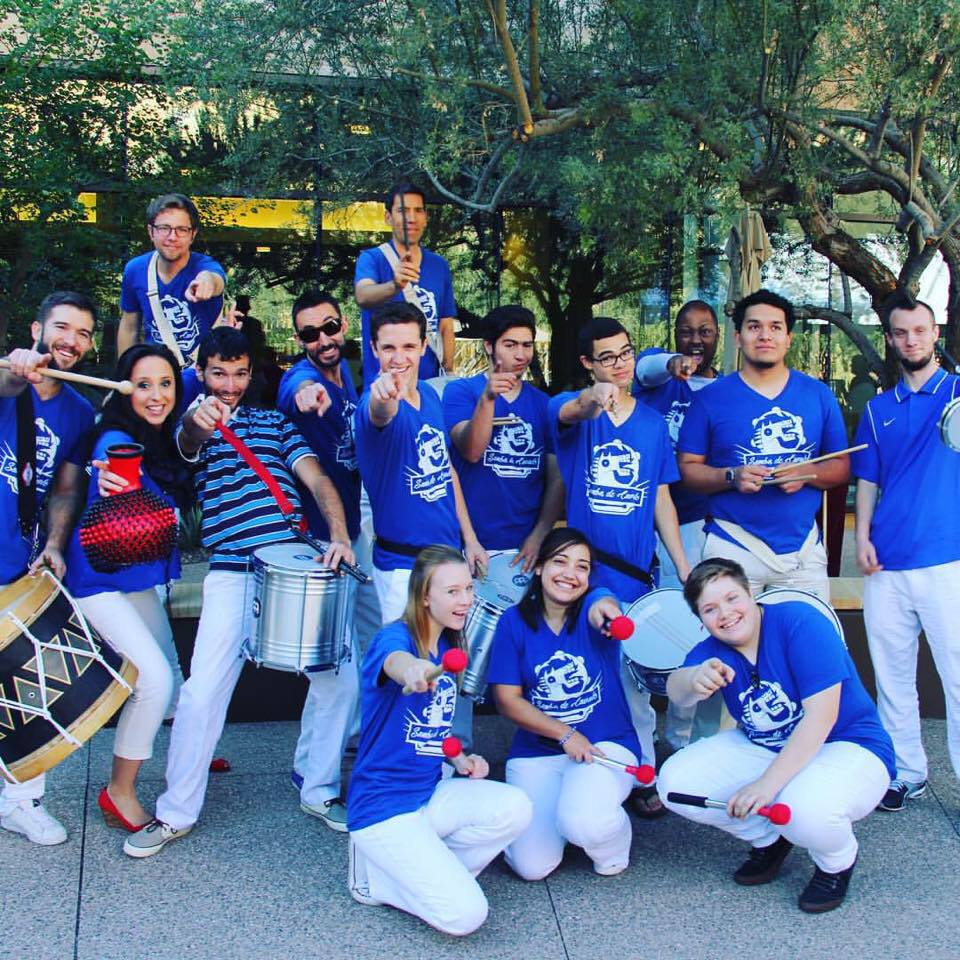 YY: Could you describe for us Samba de Cavalo and how you got involved with them? Can anybody join the group?

CK: My high school percussion director started a community group about three years ago, before my involvement with Interfate. I really wanted to play drums, regardless of the format. So I showed up and slowly but surely the group is growing into a serious professional performing group. The best part is it is completely open to anybody willing to learn. No experience necessary just show up to Dobson High school Monday nights at 7 and listen for the loud drums. You will find us, lol.

YY: What other bands/acts do you play with? There’s some hiphop right?

CK: There is. The hiphop scene is not really my thing but, hey, drumming is drumming. It’s a completely different world: the shows sell out, and people actually buy your merchandise. Right now, I play for the Knuckleheadz, and also Bsmiley. They are two separate entities but they are doing a combined record at the moment.

YY: I know that you’ve toured with Interfate some. Where has been your favorite place to play so far?

CK: The tours have been amazing! You get to meet and hang out with so many other cool bands, most recently the Ataris and Blood On the Dance Floor. Interfate got to open for Puddle Of Mudd at the Whisky a Go Go last fall. That was by far the coolest venue I have ever played. The staff is super cool, the sound is glorious and there’s hot go go dancers who dance while you set up. You really can’t beat that!

YY: What is your take on the greater Phoenix music scene? The good and the bad from the your perspective. What should change?

CK: It’s pretty miserable, honestly. Nobody wants to go see local acts except for other local acts. It turns into trying to get our friends and family to go see the show for the 100th time and then they leave immediately after and nobody stays for the other acts after us. I don’t blame them though. But when I’ve played shows in California the venues actually seem to sell on their own and the people go on their own to hear whoever is playing. They are there simply to enjoy music whether they have heard the songs before or not. If I could change one thing here, I would say that the venue should do more to help bring in the clientele. As it is, the bands alone work to bring the people in, only to make between 50 and 200 bucks to be divided between 3-6 members, after 100s of hours of practice, thousands of dollars of equipment, and weeks of selling and promoting the tickets sales for that show. 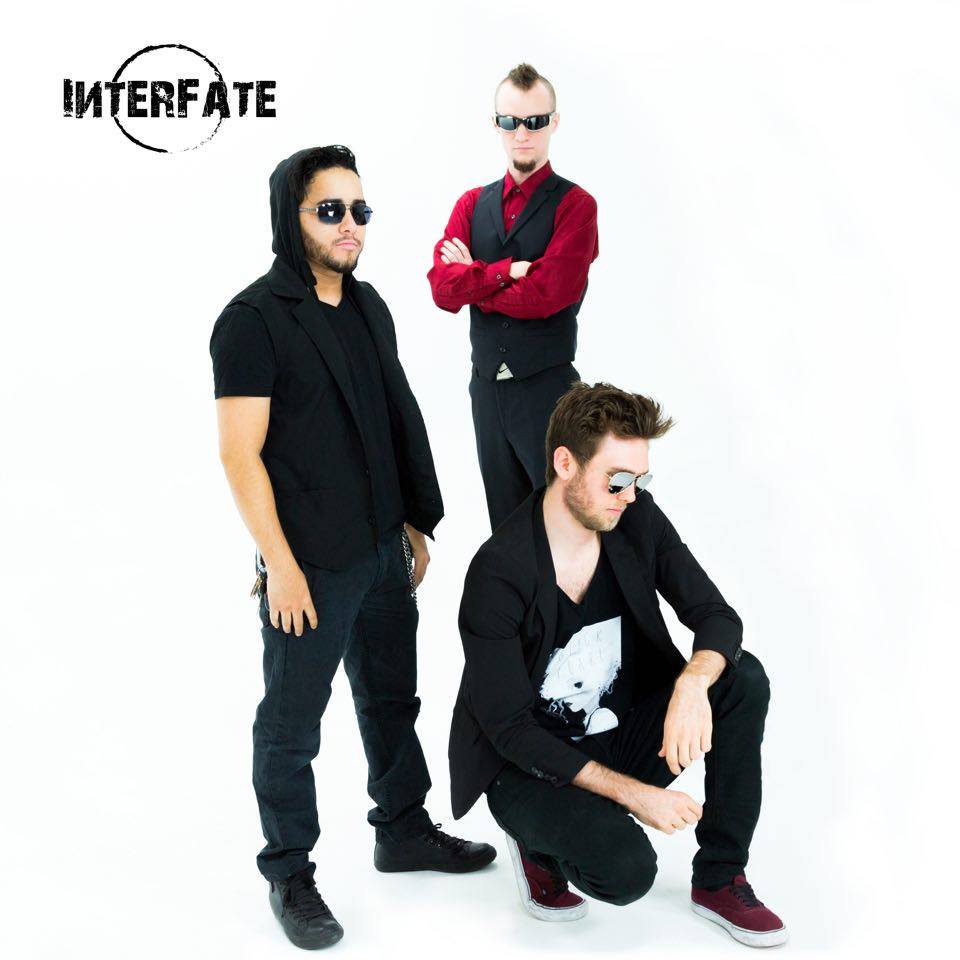 YY: Do you have any advice for bands seeking to work with management companies?

CK: Ugh…. Be wary, very wary. I’ve worked with a few as of this point, the last one having multiple lawsuit threats. Even the local management groups seem to have a formula that they will use to manage you. They don’t take into account the kind of band you’re in or the age you are. For example, the management might have a local teen girl band selling cookies on the corner. Sounds fine, right? Now imagine Slipknot on the corner selling cookies or holding a car wash to fund their tour… no go. Put in the time, do the research, and manage yourselves. And once you’re so successful you can’t find the time to keep up with your emails and booking, then maybe look into a booking agent but don’t sign any contracts. Screw that…

YY: How long were you in the Marine Corps? I’ve known you for a little while now but had no idea. I guess you don’t really fit the stereotypical “hard-ass” Marine, you seem so relaxed and calm.

CK: I never did get into the same mindset as the other guys. I remember my First Sergeant saying “we’ve got us a fucking individual” and even though I guess it was meant as a criticism, I took that title with pride. Damned right I’m an individual. I’m pretty damned patriotic, but I believe the Marine Corps is run by only the ones crazy enough to re-enlist. If you are an independently minded person who likes to solve problems without measuring penis sizes or fist fights then the Marine Corps is probably not for you.

YY: I think it’s awesome you’ve gotten into drum lessons for beginner/intermediate students. How long have you been thinking about Stick With It Drum Lessons and when did you decide to move forward with it?

CK: It’s something I’ve wanted to do forever. I enjoy teaching and honestly before I decided to fully go after percussion as a career I was going to school to become a history teacher. So this is probably the best thing ever for me. I put it off for a long time because I wanted to make sure I knew enough so that I could be comfortable and know that I wouldn’t be holding any student back.

YY: Who designed your logo? It’s great! Is it the same artist that works with Interfate?

CK: The logo was actually made by Jordan Sanchez (leadsinger/guitar player, INTERFATE) and Ty Koil (bassist/vocalist, INTERFATE) But most of our artwork has been done by Adam Brown of Heartless Arts. This guy is stupid good, and very reasonably priced. We will continue to work with him as our future works are released.

YY: What events/shows do have upcoming that you’d like us to know about?

CK: Well Interfate is playing Feb 26th at The Drunken Lass in Prescott.

YY: Anything I didn’t ask that you’d want us to know about you or your bands or anything?

CK: If you have read down this far you are a masochist. I’m not that interesting – what is wrong with you!? Lol, thank you though.

Check out Interfate in Prescott Fri. Feb. 26 at the Drunken Lass and Sat. Feb. 27 in Flagstaff at Mother Road Brewing. Find more info and dates here. 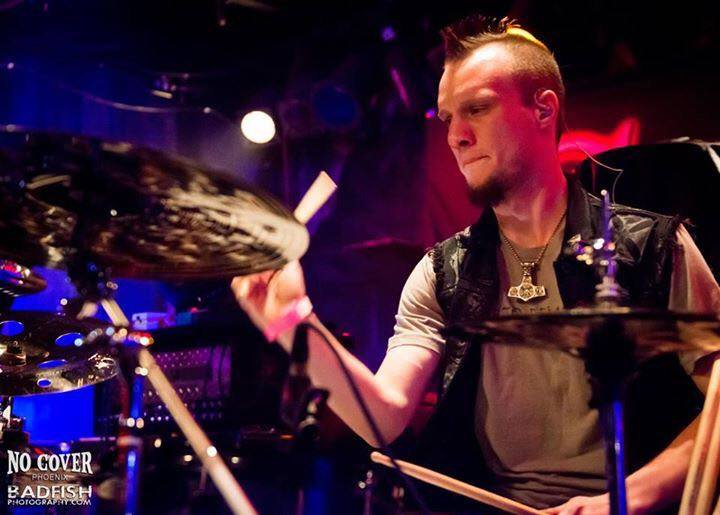