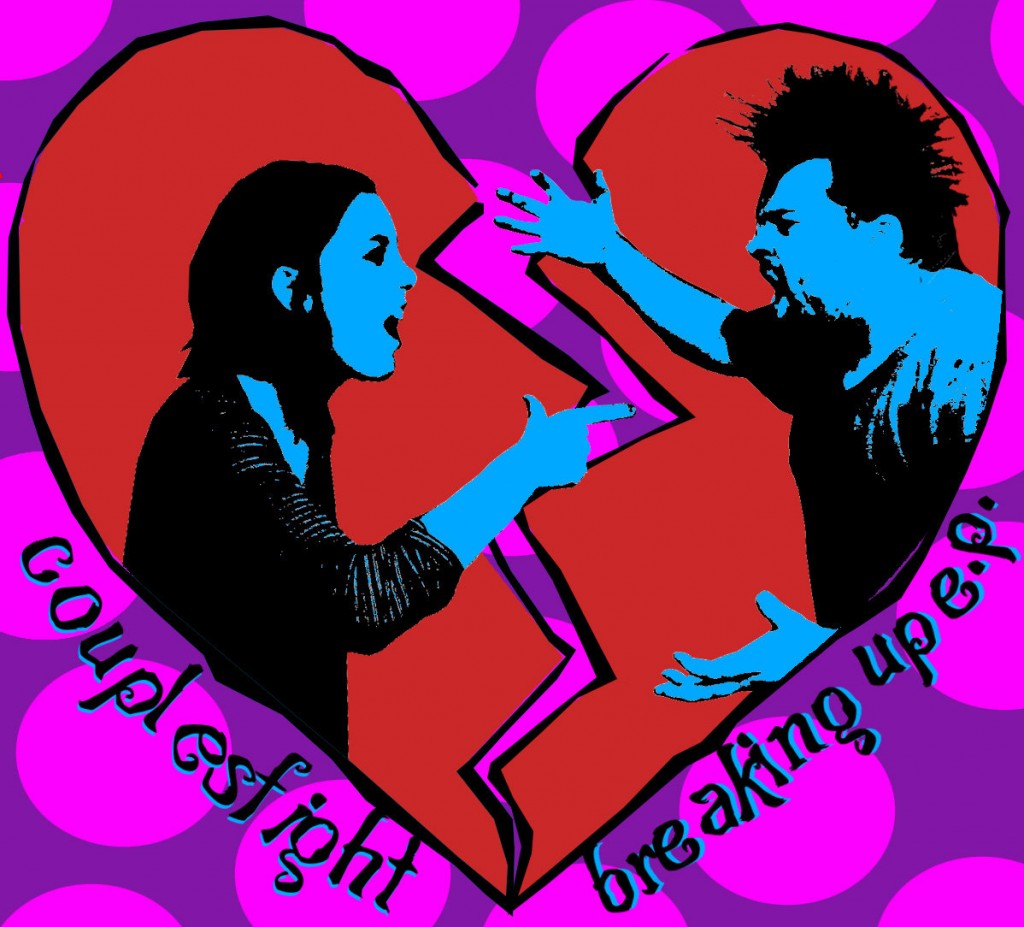 The debut EP from the recently formed Couples Fight is causing me existential anxiety. As a member of a long-term coupledom approaching nuptial status, I relate a little too much to the lyrics heard on Breaking Up.

The EP kicks off (after a short intro) with “Whatever You Want”, the first single from Couples Fight. It’s a painful reminder of all those moments in life when hanger (hunger turned anger) takes hold and compromises years of work spent building a relationship. Thankfully, the track had my partner and me laughing before Couples Fight mutually decides on “Whatever you want.”

Now, I’m familiar with the work of TJ (Travis James of Travis James and the Acrimonious Assembly of Arsonists) so I must admit that my initial fear as I hit play surrounded the unfamiliar figure of A (Alaynha Gabrielle). A lot of folk who tango with musicians, romantically speaking, somehow get drawn into participating in musical ventures of their partners whether or not they have the talent to support such an endeavor. Just think about those awkward moments when Meg White actually sings…

The relief was palatable as soon as Alaynha’s vocals kick in. She’s good. And, I mean, really good. Travis is a vocal powerhouse and she’s meeting him note for note. I was anticipating a make-or-break moment and she came through for me.

“Um, Who Was That” deals with the tenuous meeting of jealousy and friends from the other side of the gender binary. The music that supports these laughable (and familiar) scenes of domestic frustration combines electronica with punk for kitschy, danceable results. With lines such as, “First you stole my heart, now you just steal the covers,” the situations are humorously relatable and the music is original.

“Space” brings us to the (inevitable?) demise of the relationship before the outro closes out the EP. Let’s just hope this isn’t the end of Couples Fight forever. I’m hoping for a Taylor-Burton revival of their musical love if only to watch it flounder once again… musically speaking.

Thankfully, Couples Fight has a lot in the works for 2016. According to the band, “Within this year, we plan on putting out a music video that is as elaborate as a zero dollar budget can produce. Couples Fight also plans on incorporating more hands-on instrumentation for both live shows, and a full length album. Also, a musical is in the works that will feature contributions from people involved with Couples Fight.”

Get sucked into the drama of Breaking Up below and on Bandcamp.