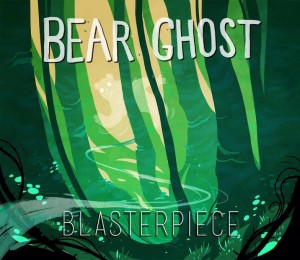 The funky four-piece known as Bear Ghost first caught our attention with their 2014 EP Your Parents Are Only Marginally Disappointed in You. Since that time, we’ve been waiting for the follow-up and the release of recent singles (including “Necromancin’ Dancin'”) held promise of a new album on the horizon. Blasterpiece, the band’s sophomore effort, is more than we could have hoped for. Eleven fun and feisty tracks that mix a range of musical styles from gypsy to pop punk with some video game sounds thrown in for good measure.

The opening track, “Introduction to Blasterpiece”, is a dynamic, theatrical number that let’s the listener know they aren’t in for an everyday musical experience.

The energy keeps going up in “Necromancin’ Dancin'” before things turn funky on “Funkle Phil”. Blasterpiece has a little something for everyone. At some moments (like on “Starkiller” and “Hola Adriana”, for example), Bear Ghost has a Panic! At the Disco feel to the music. A little pop punk, a little grandiose, and a whole lot of fun.

“Sickness for Nothing” takes a darker turn as the title of the track implies, but you can’t forego the video game sound clips so don’t start thinking you’re in for an existential experience when the song comes on. All in all, Blasterpiece packs a power-rock punch that will make you have you dancing around your listening space so plan accordingly.

I had a chance to ask Ryan Abel a few question about the album and what’s to come for Bear Ghost.

YY: First, some of the basics. Where did you record Blasterpiece?

Ryan: We recorded the album at Premier Studios with Jeremy Parker. 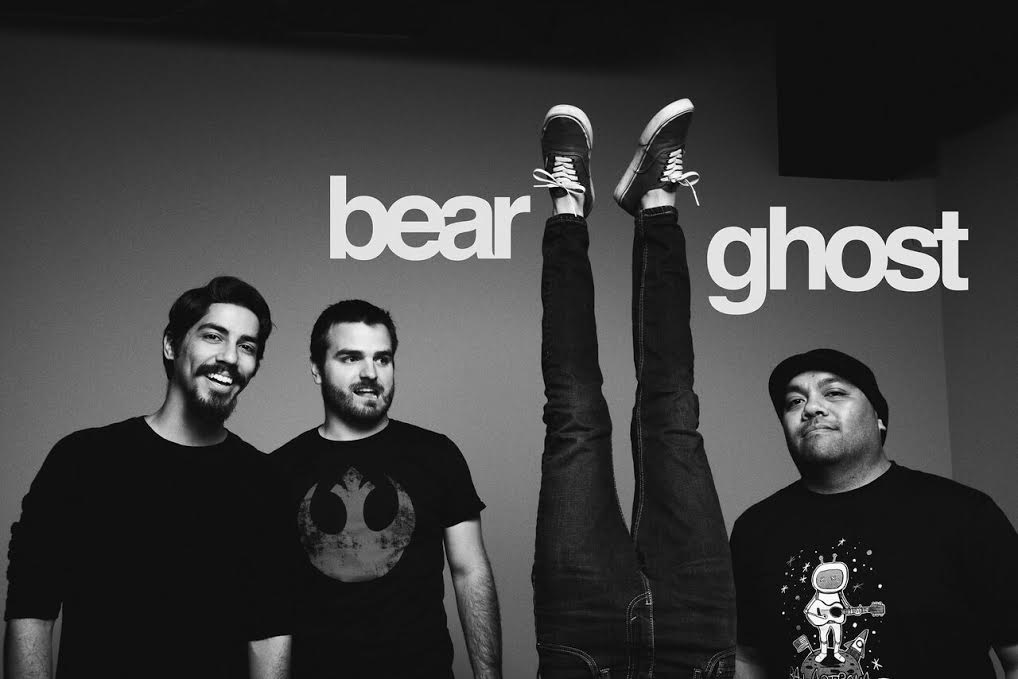 Who performs on the album as part of Bear Ghost? Have there been any changes to the band since your 2014 release?

No changes to the band since 2014 release. Just trying to go for a tighter more concise sound.

Bear Ghost certainly has its own sound. How would you describe your style?

We just kinda look at ourselves as an eclectic rock ‘n’ roll band. We are influenced by every genre of music in all the world ever, and we like to think it shows, but it’s always rock ‘n’ roll at its core. I’m terms of structure, we’re very pop oriented. Standard intro – verse – chorus – verse – chorus – bridge – chorus type stuff, but we usually have really progressive bridges, and many movement changes throughout our verses. No matter what, we always want to have fun listening to and playing our music, which we think is one of the biggest components of our sound.

Who is performing at the release show on the 20th at Last Exit Live?

Playing our CD show with us we have the amazing bands DeadFoxx, Twin Ponies, and Fairy Bones. Extremely excited!

There’s definitely a quirkiness that comes through in the lyrics that is reinforced by the music. Can you tell me a little bit about your songwriting process? Do you all work on the songs together or is someone responsible for the bulk of the songwriting?

Thanks! That depends on the song. Sometimes one person will have a complete idea when they present it to us. We’ll mess with it and everyone adds their own flavor, typically. Other times we’ll all just start jamming on something spontaneous and it turns in to “Funkle Phil”. We’ve had songs that will be done in a day and songs that we’ve written over the course of a month, scrapped because it’s not good enough, and started completely over. Sometimes there’s a lyrical concept or a melody in mind while the music is being written, but lyrics are usually something we don’t even think about until the music is completely done.

We do. All we want at our live shows is for people to have fun. It’s a very symbiotic type of energy. If they have fun, we have fun. That feeds our stage presence and, in turn, makes the show more fun for them to watch. If we play in a room full of straight faced, arms crossed, too-cool-for-school tough guys, we usually play a million times cleaner because we’re not flailing around and doing constant backflip split kicks, but it’s infinitely less enjoyable than having a crowd of people bouncing around with you.

What are your 2016 plans to support the album?

We’re playing Viva Phx and we have another show or two booked, but we’re trying to keep things open right now. The cliché answer is, “Oh man, we’re gonna tour and play a million rad shows,” and we might do some regional out-of-town gigs, but if we were to go to Nashville right now, we’d play to a room of no people. It’d be an enormous waste of money. We want to expand and push in to the neighboring states, but we’ll do it strategically and not go play some dive in LA for no one.

Preview Blasterpiece, the new album from Bear Ghost below. Make sure to catch their aforementioned release show on Saturday Feb. 20th at Last Exit Live. Doors are at 8, show starts at 9, and the event is 21+. For more info, including ticket prices head here.