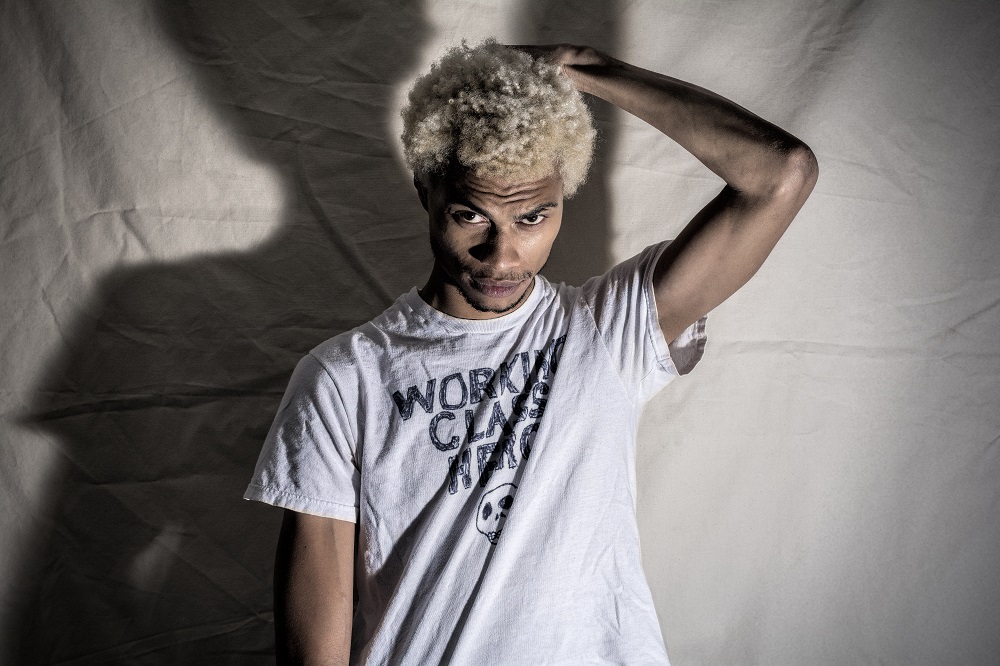 Dadadoh has had a busy year. A couple of tours, a role in a movie, a little bit of modeling, and an action packed schedule of promotion including everything from radio spots to stand-up comedy. The man is busy. And yet through it all, he manages to maintain the type of upbeat attitude that inspires others (rather than annoying others). Dadadoh isn’t given to any of those obnoxious tendencies other artists frequently adopted once they start gaining a little hometurf momentum. There is never an assumed air of dissaffection, never any I’m-going-to-be-a-rockstar-so-I-should-start-acting-like-a-rockstar, never any shit-talking the competition.

Maybe it’s because he knows he’s got the chops to go all the way so he doesn’t feel the need to showboat – offstage, anyway. Everytime we’ve caught up with Dadadoh (at shows or for interviews), he’s been the consumate professional. Punctual, enthusiastic, and always ready to give a shout-out to members of the community who keep it pushing.

And it looks like 2016 is going to be even BIGGER and BETTER for Dadadoh. He has a new album and a short film in the pipeline. Expect good things from this multi-faceted artist this year. He’s about to show everyone that nice guys can finish first.