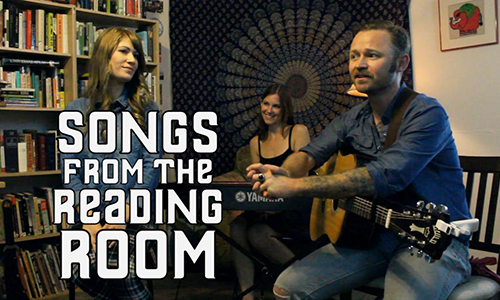 Brandon Decker and Amber Johnson of the band decker. were  joined by Steff Koeppen for a special session of Songs from the Reading Room. They performed two songs from Patsy, the band’s stellar 2015 release. The title track from the album was named the #1 Rock Local song of 2015 by TMI on KWSS. You can catch Brandon Decker performing live later this month as part of the Phoenix Rock Lottery at Crescent Ballroom. You can find out more information on that event here. Chek out “Patsy” and “Spades” below!