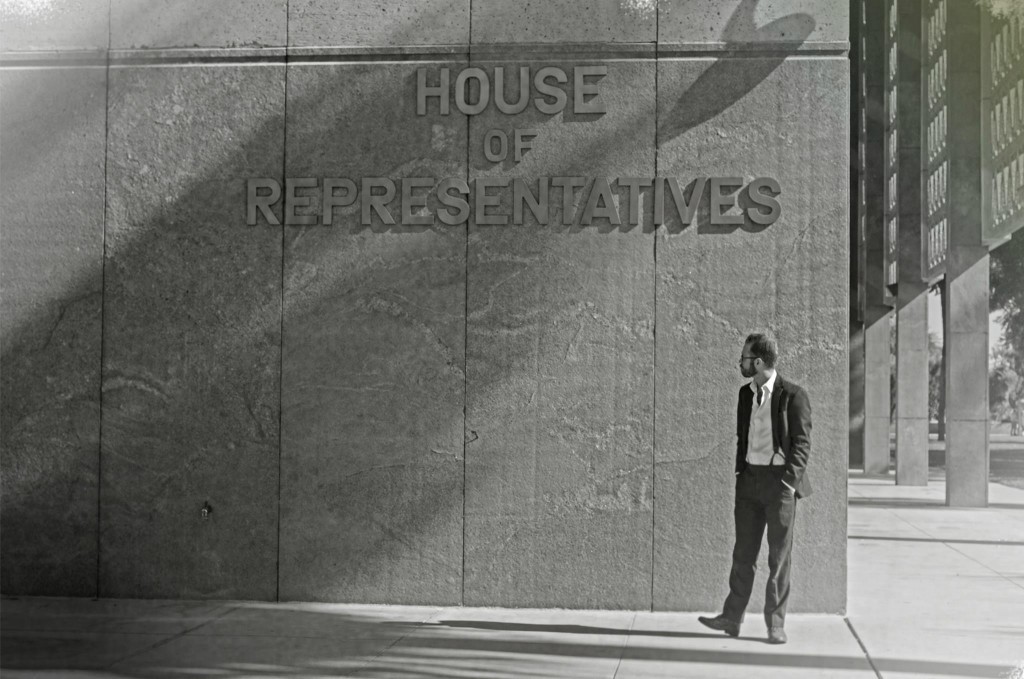 Brandon Decker of the band decker. keeps himself busy these days. In between playing more than 150 shows, he managed to release one of the best albums of 2015 – Patsy. Through a hectic tour schedule, he is slowly amassing a following that stretches from coast to coast. We managed to catch him in New York City when he was playing a gig at the Rockwood Music Hall. Even to an audience of mostly unfamiliar listeners, the band managed to captivate and move the crowd. Rumor has it, he might be returning to Rockwood for a residency later this year right around the time his new album (yes, a new album) drops. Despite all this, he still took time out of his schedule to come down and record a “Songs from the Reading Room” session. During the filming, he was the consummate performer; on point from sound check to final cut. Before the band heads out to take their music to new locales, they have plans to record a live album on Feb. 26th at Last Exit Live (tickets available here). decker. is going places, both literally and figuratively, and that’s why they’re the winner of this year’s “Most Likely to Succeed” award. Soulful music paired with a stellar live show and the courage to push the boundaries past state lines: how could they not succeed? Make plans to attend decker.’s live album recording and take part in history. And, if you haven’t already, spend some time with Patsy here. Truly one of the best.