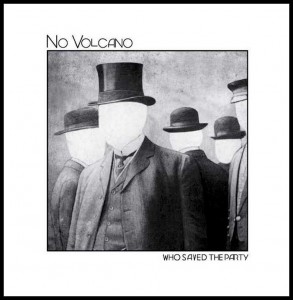 No Volcano? Never heard of them. At least, I never heard them before this year and now I can’t seem to stop listening. The Phoenix four-piece released their full-length debut, Who Saved the Party?, through Onus Records last January. I briefly encountered their music through the music video for “Tribute”, the first single for the album which came out at the end of 2014 in prelude to the release show. I was immediately interested in hearing more, but nothing prepared me for the rocknroll gem that is No Volcano. From start to finish, Who Saved the Party? presents a unified sound that diverges from other music we heard in 2015. Even now, a year later, I relish each listening. No Volcano takes this year’s Dark Horse Award because they arrived on the scene seemingly out of no where (although the members have performed in other acts over the years) and unveiled one of the best albums of 2015.