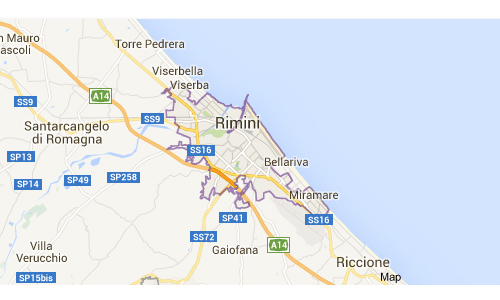 OK so I know this post might seem very random, but the fact is YabYum receives music submissions from all over the world. After multiple emails from bands out of Rimini, Italy, I had to take a moment and check out what was happening in this coastal Italian province and city. I’ll be honest though, before I looked it up, I had never heard of Rimini let alone where it was geographically.

Of course it was founded practically 1800 years ago and has much rich, cultural history. Sure it’s one of the most famous seaside resorts in all of Europe, located on the Adriatic Sea with nine miles of beach and thousands of hotels, restaurants, bars, and discos. Hell, it’s even the hometown of Federico Fellini, famed Italian filmmaker recognized as one the most influential directors of all time.

I had just never heard of it is all. What can I say, I don’t get out much – of the country, I mean.

Well, thanks to YabYum that of course has all changed. Rimini, like so many places in the world (including Italy as a whole), has a very active and dynamic music scene with musicians playing every genre under the Italian sun. I listened to thousands, OK maybe hundreds, alright about 50 albums and made these three selection This is by no means me trying to pigeon-hole or blanket over the Rimini “sound”, these are just the albums I liked the most. So without further ado, here are Tre da Rimini (Three from Rimini)! 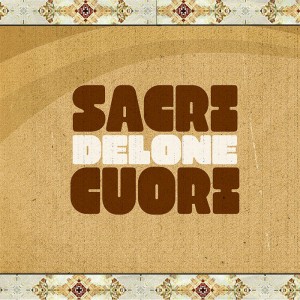 Holy smokes you need to hear this album. Like, right now. Recorded over a period of two years, Delone was released back in May. Much like the Danger Mouse and Daniele Luppi album Rome, Delone is the perfect soundtrack to a film that never existed –  it’s western, it’s pop, it is the sound of Italy. But as the press release for the album states: it’s not the real Italy, “Delone‘s Italy is the patria seen from afar, from the eyes of an expatriate or castaway, a misty Italy, a dream of an older time that tries to find elegance and pride in the impossible anarchy of the troubled present.” I could not have said it better. Starting like a fantastic spy thriller, “Bendigo” sets the mood for the entire album. “Una Danza” takes us into a smokey club, Carla Lippis entrancing and hypnotizing us into a lulled sense of wonder. Sacri Cuori (or Sacred Hearts for us English speakers) have been around the better part of a decade now, recording their first album Douglas & Dawn (featuring Tucson favorites John Convertino of Calexico and Howe Gelb of Giant Sand, as well as Marc Ribot and James Chance) at Wavelab Studio in Tucson in 2010. Now, five years and three albums later, Delone is a bona fide masterwork. Guitarist and producer Antonio Gramentieri, along with Francesco Giampaoli (bass and beyond) and Diego Sapignoli (drums and percussions) “consciously stretched the definition of who they are” during the making of Delone, and you can tell. Add to that baritone sax, trumpet, keys, and more percussion and you might get the idea of where this album takes you. Joining them on lead vocals (in both Italian and English) is the phenomenal Carla Lippis, who the band met in Australia and brought back to Italy, a simply incredible talent, amazing find, and “the last Italian diva”. Even Howe Gelb reappears on Delone and provides a vocal track on “Serge”. The title track sounds straight off the Kill Bill soundtrack and like a James Bond theme song describes the character of “Delone”, “Like a star in the sky who refuses to shine he stays hidden/Like a shell on the beach, just out of reach, he can’t be touched.” Delone is an album to first experience and then enjoy again and again, “a treasured notebook full of restless dreams and nostalgic sketches, all of it edited together like a suspenseful, old TV movie.” If you use Spotify listen to the album here. You can also preview and purchase the album from Glitterbeat Records here. 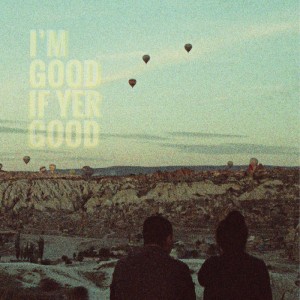 Jarred, the caveman simply make good folk/indie/rock music. I mean, really frickin’ good. Let’s be honest here, I don’t gravitate t’words these genres naturally, they’re more of a Lenore or Frank type thing, but as soon as I heard I’m Good If Yer Good I knew I’d have to write on it. Comprised of members Alejandro Baigorri (guitar/vocals), Luca Guidi (drums, percussion) and Matteo Garattoni (contrabass), this indie folk trio have written quite the stellar album. After a stark, muted-trumpet filled “Intro”, I’m Good If Yer Good begins with “Troubles” on the mind, “And trouble now my darling is the only thing that’s keeping us from falling down/But I’m good if you’re good, even if it means throwing out every treasure that we found.” Sure, tracks like “She Ain’t Gonna Come” may sound like they’re getting a little “Mumfordy” at times, especially thanks to Matteo’s excellent banjo skills, but that didn’t stop me from listening: I persevered and so should you, it’s well worth it. Produced by Antonio Gramentieri, I’m Good If Yer Good will make you dance out of your seat, forget you’re an adult, and whoo-oo right alongside Jarred skipping down the sidewalk. However, there are moments of stark contemplation. Album favorite “Interstate” begins with an electro-fied kick drum before entering Lynch-like territory with it’s sustained, western, reverb guitar. “All We Do” gets right to the point, “All we do is cry babe/ All we do is hide our love away.” It’s a finger-picker’s dream and features deep piano to accent the mood. “Red Wire” is classic rocknroll: a song about a girl complete with a full horn section and electric guitar. Getting a little more specific, “Amelia” is a six minute song dedicated to it’s title, each part of the song a different chapter in her tale. Principle songwriter Alejandro certainly has no doubt met his fair share of characters, he left the Universidad Nacional de Rosario in Argentina where he was studying musical composition, packed his bags, and moved to Italy before meeting the friends that would become Jarred, the caveman. The vocal doubling on “Like A Broken Toy” is a wonderful effect while “Morning Sun” brings back more of that sweet trumpet and a resounding “Yippee ki-yay, motherfucker!” “Which One To Lose” is the perfect send-off, subtle and delicate yet full of rich character, “I’m trying not to play games, but it’s too late now…If we could only choose/Which one to lose.” Do yourself a favor and listen to I’m Good If Yer Good by Jarred, the caveman on Bandcamp here. 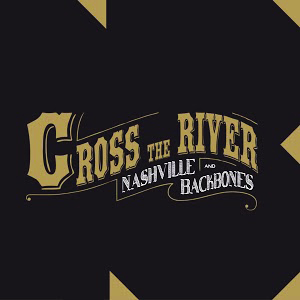 Nashville & Backbones are straight up badass. Comprising six members and three-part harmonies, the songs found on Cross the River seem meant to inspire. Citing America, Creedance, CSN&Y, Dire Straits, Doobie Brothers, Eagles, and Sting as influence, Nashville & Backbones are aiming their songwriting goals high and delivering the goods. “Tell It Like It Is” opens the album: “Lies, all I hear is people’s lies/No surprise when you look and close your eyes/The truth in this guise paints a road to the place where freedom dies.” I was hooked. What follows is an explosion of guitars, violin, banjo, keys, bass and drums on “Stone”. “Clueless (Despistado)” shifts gears, cruising you along some abandoned Spanish highway, tremolo guitar, congas and trumpet pushing you forward. As I listened to Cross the River I couldn’t help but thinking that if I was told these cats were from the fine state of Tennessee, I wouldn’t think otherwise. Is their music then somehow kitsch to me simply because I can understand it and therefore think that’s “cool?” No, I believe music is so universal bands all over the world are playing sounds from all over the world. “Spirit of the Summer” is a perfect example of this, using the catchy upbeat found in Jamaican ska they sing, “Here comes again that familiar refrain.” Going full on honky-tonk, “This Song” pokes fun at itself while describing exactly what’s happening in the song! The title track is a twelve minute epic: a powerful, dramatic, romantic tryst with the river at it’s center, “One down, all aboard/Give the boatman all your hoard/Cross the river and explore/’Til the end of the world.” My biggest complaint about this album is that it’s too long. Especially after a song such as “Cross the River”. The next four tracks are my least favorite on the album and simply get in the way before ending with the beautiful “The Ballad of Recap”, wherein my love for the band quickly returns. Check out Cross the River on Spotify here. You can also check out their first album (which I also highly recommend), Haul In The Nets on Bandcamp here.