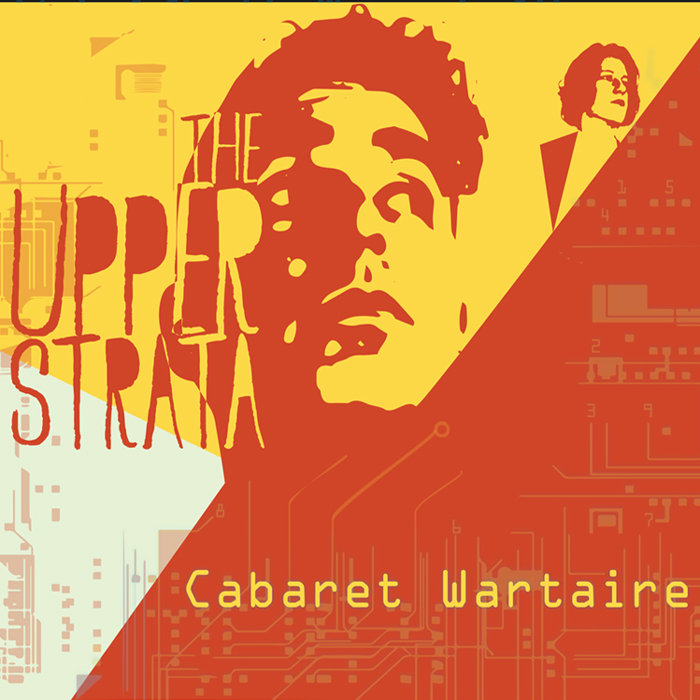 For years, Jonathan Sanchez and Regula Sanchez-Schmid of The Upper Strata have been devoted to not only the music they play, but the stories the music tells. And their newest release, Cabaret Wartaire, is still another prime example of an album devoted to the message behind the music. In recording the album, the group has created something all their own – purely for love of creating art for art’s sake.

Jonathan Sanchez, guitarist and lead vocalist for The Upper Strata, called Cabaret Wartaire a genre-smashing journey: “accordion meets hip-hop, blues meets crunk, electronica and alternative sounds blended with old-world Kurt Weill theatrics.” And while those mixtures may sound in conflict with each other, they blend well, in altogether new ways.

And that was kind of the idea to the message, too.

“Every song on this album is about conflict,” Sanchez said. “War and peace, corporations versus the individual… The song “Entropy” is the biggest in scope, addressing humankind versus the expanding and collapsing universe. Past releases have been mere collections of songs. But on the album Cabaret Wartaire, there is a thread – a continued theme, and movements to various songs.”

The multi-genre theme is not a first for The Upper Strata. In fact, a prior album of the group – Phantastic Pigeon-Holes, showcased a variety of tones and genres, and they cherished the fact that it could not be put into one peg or another, that it was truly unique. That was part of where the album title came from.

The group’s album – in theme and tone, as well as title – is a nod to the Swiss performance venue, Cabaret Voltaire, also famous 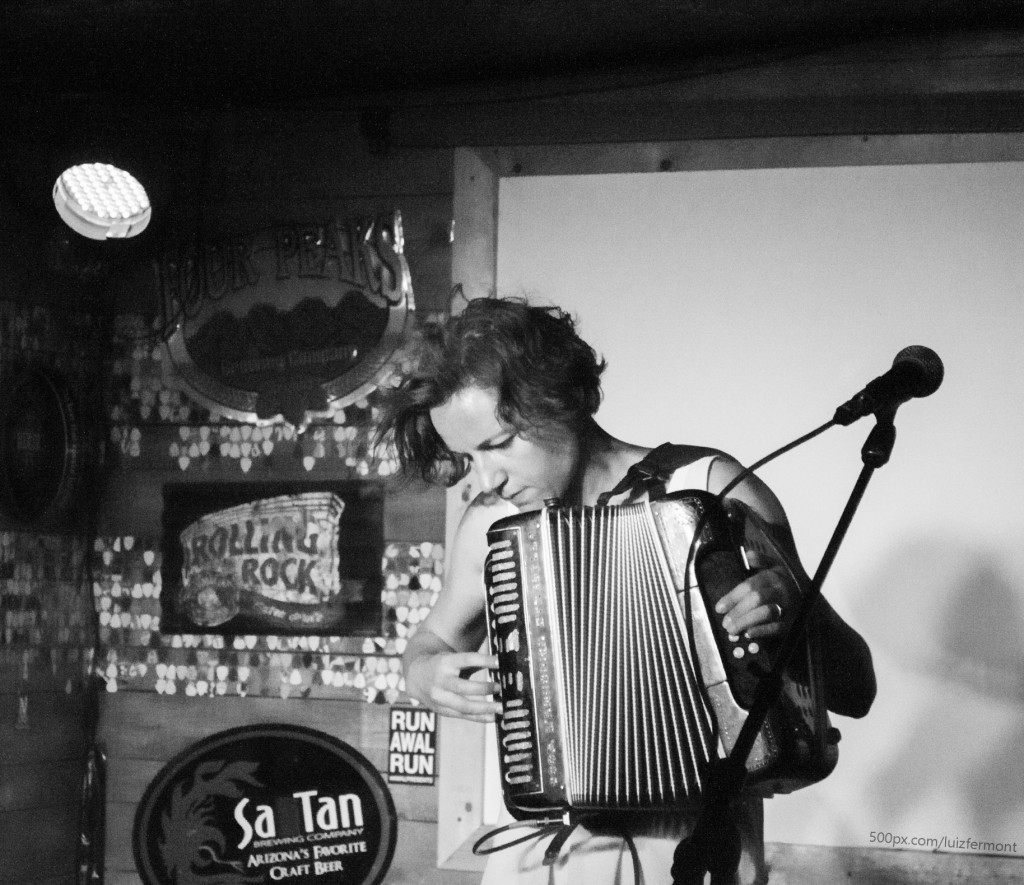 for the birth of Dadaism, a European art movement which used various mediums and forms of expression to protest war.

“They used absurdity to point out the absurdity of so-called civilization,” Sanchez said. “On the 100-year anniversary, the band’s piece is named Cabaret Wartaire as homage to this peaceful protest movement.”

One huge factor which helped inspire the album was the duo living in Switzerland for some time – the home of Cabaret Voltaire.

“I was exposed to what they were up to up there, and it sort of stuck in the back of my mind,” Sanchez said. “I saw a performance of some of Kurt Weill’s works, and started to seek his music out – his most famous being The Threepenny Opera. I often found the approaches to the lyrics, and delivery of them, inspirational. There is something very theatrical to the work, a kind of show-tune cabaret sound to it, and that was something I sought out in the new material.”

For some time, The Upper Strata has celebrated Jonathan’s American roots through blues-inspired music. But with this new album and new direction, the group emphasizes the cultural origins of bass player Regula Sanchez-Schmid.

“The folk music of eastern Switzerland is full of accordion,” Jonathan Sanchez said. “Regula brought the instrument back from her region of Switzerland. There is something so old and quaint about accordion… mixing it with modern beats and elements creates a unique sound.”

Another factor which helped inspire the new album was when Sanchez took part in a veterans’ art program, in conjunction with work he was doing with Guitars for Vets.

“The human toll of war was on my mind, and I was seeing its repercussions in recently returning vets,” he said. “In short, there was no one inspiration, but a kind of series of things that led me to write different songs that in the end, fit together as a work.” 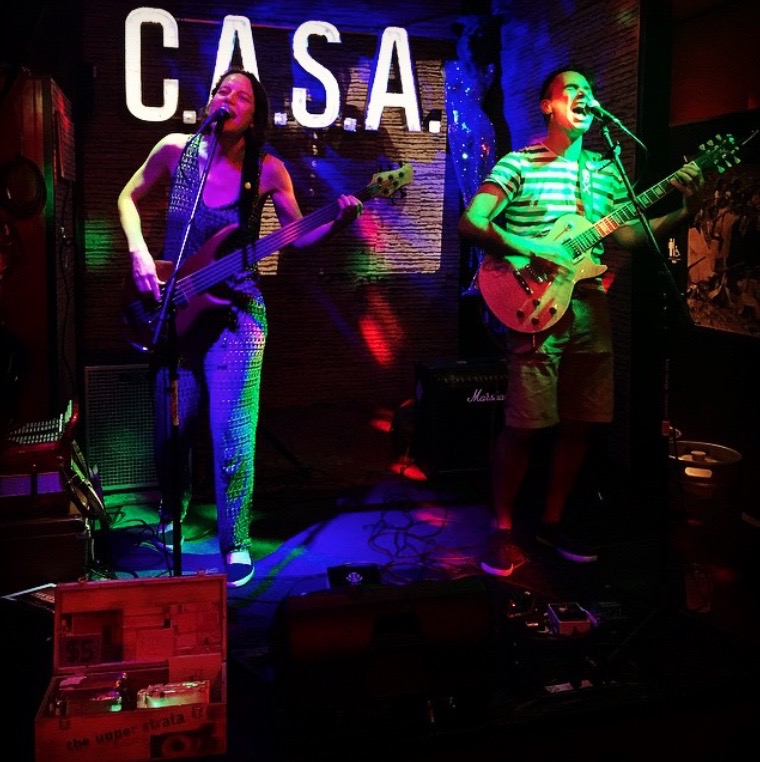 As Jonathan and Regula wrapped up their time in Arizona, the duo held one last concert for local fans, friends, and supporters before they began their move to Portland, Oregon. That farewell set, complete with Dada film clips and abstract projections to match each song, was very well-received by the crowd.

Sanchez said there have been times in the past where the group played for empty barstools and a few friends who came out to support them. It was nice to play for a packed house at their last Phoenix show.

The pair is starting a new chapter in Portland, as Regula has a chance to work as a graphic artist for the first time – something she has been studying for years, including work on the designs for every Upper Strata album.

“It seemed like a chance to start over,” Jonathan said. “As far as the music, we began writing songs together in a little apartment in Switzerland, and we find we like that best. Playing shows is usually all about begging people to come out, and playing to the bartender and a few drunks. Recording, writing, and putting together albums… that is something else. That is like creating art for art’s sake. We enjoy the processes – the steps involved, and holding the final product. We will continue to create and put things out even if no one seems to care, wherever we live.”