We’ve said it before and I’ll say it again: There’s just no way no cover every album that comes our way.

Oh sure, we can and do try, but with an expanded area of coverage and a seemingly exponential growth in the number of bands each year, our valiant and determined staff manages as best we can.

So some albums slip through the cracks. Even these five records are just the tippy-top of the gigantic iceberg of albums that birthed forth in 2015… I just thought I should mention some of them. 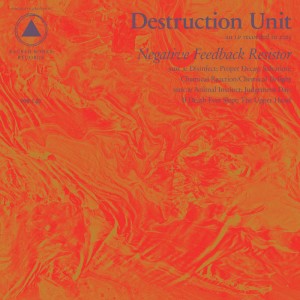 OK, so we have a bit of habit of accidentally not covering some of the biggest albums/bands that emerge from our state. What can I say other than that I think it’s part of our charm? With that said, if you still haven’t yet heard Destruction Unit’s Negative Feedback Resistor, the time is now. Although it was originally released back in September, the band did just have their release show at the Rebel Lounge earlier this month so you’re not too late to the D-Unit bandwagon. Maybe it was the drugs I took, but this album just makes me feel like I’m on drugs every time I hear it. The relentless, slashing, warbling, madness starts with the opening track “Disinfect” and doesn’t end until closer “The Upper Hand,” it’s noise and feedback fading unto the oblivion. Psychedelic post-punk only begins to describe what’s heard on Negative Feedback Resistor: There’s surf in there, and plenty of thrash. Indeed, I was not surprised to learn it had made AdHoc’s list of favorite albums in 2015, that’s well deserved. What’s even more incredible is that thanks to Adult Swim you can download Negative Feedback Resistor for free, now that’s punk rock. You definitely don’t have a reason not to hear it now. 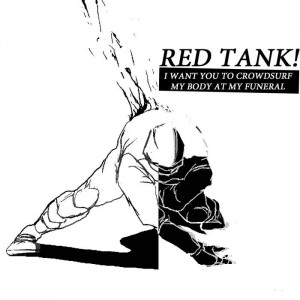 I Want You to Crowdsurf My Body at My Funeral

I’ll admit it: I didn’t much like Red Tank! at first. I remember listening to their 2011 self-titled EP and simply thinking, “this just isn’t for me.” It wasn’t until their 2014 Nerf War split with Leonardo DiCapricorn and I heard their three tracks, “Junkies”, “13 Demons”, and “Sovereignty” that I thought, “OK now these guys are onto something.” Well now those three tracks are even better and can be found on their new album I Want You to Crowdsurf My Body at My Funeral along with 9 others as equally fantastic. The guys just grew up and got better while seemingly becoming less refined. Maybe some of it is the fact that they went to audioconfusion for this record and I know how influential Jalipaz can be on young bands, or any aged band for that matter, in getting them to reach their full sound-potential. But with that said, the songs on I Want You to Crowdsurf My Body at My Funeral are just better written and better executed than their past efforts. Tracks like “Post-Apocalyptic Nostalgia”, “The Void”, and “The Death of Genkai” are personal favorites, not to mention the three aforementioned cuts as well. The closer “Bones” contains my favorite lyrics of the entire album: “I walked into the forest and it was there that I buried my bones/I returned years later to discover that they were emanating the color of amber, the color of butter/They had become something so much better.” Cool. Check out I Want You to Crowdsurf My Body at My Funeral on Bandcamp and pay whatever you want to download and heart it forever. 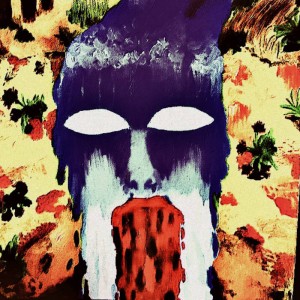 YabYum HQ has been bumping Strange Lot since their early singles days. When their Walk on the Sun EP came out, we clamored all over it. The guys even debuted their first single from Another Mind, “Call My Name” with us. Indeed it was strange then that we never ended up covering their first full length album. Another Mind is a psychedlized-garage-punk masterwork that any fan of the genre should enjoy. And while it may be true that many bands go for a sound like this, Strange Lot have a certain panache that just can’t be faked. From album art and music videos, to even their promotional shots and flyers, Strange Lot is defining their aesthetic, and keeping it grooovy. “Into the Night” sets the tone of the album: that classic “garage” sound that can be loved at any age. While songs like “Wasted Fields” and “Right With Your Pain” continue the up-tempo feel of “Into the Night”, many and more of the tracks on Another Mind are down-tempo, even melancholic. “The Horror” and “Supremium” are great examples of this, not to mention the closing, title track. At the time of this writing however my favorite song has to be “Erthqke”, another upbeat, surf-influenced number: “I’ve seen enough, waking eyesores/I need it all and miss it too/When I see that look, speaking in crazy accents/there is no fall, I only float down.” I certainly look forward to what may lay ahead for Strange Lot, I can only expect good things. 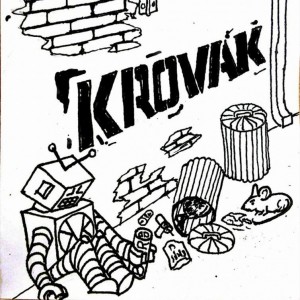 Krovak is described as “oldchool punk” and I couldn’t agree more. While they may list bands like the Casualties and Descendants as influence, I definitely hear some Minor Threat and Suicidal Tendencies in there as well. Mike Germs (guitar) and and Leigh Dekay (bass) both share vocal duties while Jairo bangs the f-out his drums, creating that sweet, glorious, punk rock. Although Krovak has only been around for about two years, the members themselves are not that new to the scene. They’ve also opened for some pretty incredible bands in their short time including D.R.I., Green Jelly, Unwritten Law, Toxic Holocaust, and the Adicts to name a few. The EP opens “Wounded Savior”, an oldchool punk rock tune through-n-through. Krovak classics “Invisible Walls” and “New American Way” follow suit, featuring vocals that are much more understood than their demo predecessors. That itself can be a double-edged sword however: vocals that are buried in the mix and only half understood are part of what gives punk rock its allure. The undeniable Krovak anthem has to be “PBR Song”, a delightful “working man’s” tune in which the only words are sung from the front of a Pabst Blue Ribbon can. I expect this to be in a Pabst ad campaign posthaste so we can all look forward to that, at least, I am. “Kids Will Revolt” and “Bottled Violence” are excellent closers and were new to me although now I’ve heard them enough to scream them right along with the band the next time I see them. And while I’m bummed certain tracks did not make the final EP cut (I’m specifically thinking of “GG’s Not Your Friend”), there other tracks can still be enjoyed on their Soundcloud page and of course live. At just over 12 minutes you have no reason not to check the Krovak EP out on Spotify. 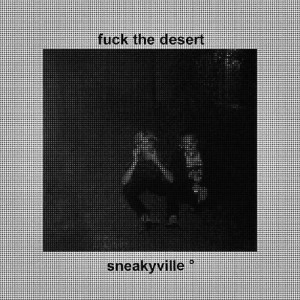 Zane Champion and Jack Zubia are SNEAKYVILLE, a band not quite a year old, who recently released their first EP, Fuck the Desert. As the title implies, there is plenty of teenage angst on this album (although I couldn’t exactly tell you how old these guys are). “Sneakysweat” intros the album, an “As Seen on TV” style of commercial selling the band’s own sweat, “made in our own home factory where we practice.” “Daddy” sets the music in motion and soon enough the head will be bobbin’ and the foot will be tappin’ and you’ll just be a-dancin’, hips swayin’ to the rhythm. “Call U” is a fun, samba-fueled number featuring the climactic line, “Dang girl give me a moment so I can, so I can compose myself.” My favorite song on the EP has to be “Illuminate”, all 4-chord garage-rock and crash symbol. The seven minute final track, “Heaven’s Gate” is in ode to the late 90’s cult of the same name, and, while it’s not the first song to do so, it does a great job exasperating the thoughts and ideals of this UFO religion. I look forward to what will come from SNEAKYVILLE in the coming year – listen to the Fuck the Desert here.