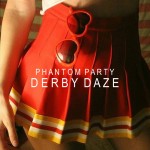 Phoenix trio known as Phantom Party is relatively new on the local circuit but they started making waves with their debut EP, Phantom Party, which was released back in May. The band already has a new single, “Derby Daze”,  complete with the carefree indie sound I associate with summer days (the not too hot ones) and, now, Phantom Party.  Listen to “Derby Daze” here. Hopefully this means we’ll be hearing more from Phantom Party in the coming year. 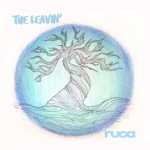 Ruca’s smokey voice and breezy musicality comes through in high shine on her latest single, “The Leavin'”. Rumor has it the local songstress has an album in the works due out early next year. If the new single is any indication of what’s in store for fans, expect good things, lots more of that reggae-infused folk-rock. Check out “The Leavin'” here. Also, Ruca will be down at Radio Phoenix to talk to us about her new album on Jan. 20th from 7-8PM so mark your calendars! 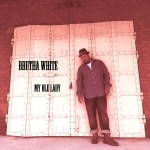 The bluesy-western musical styling of Brutha White has me hooked with this new single. “My Ole Lady” is a time-old tale of romantic betrayal told in dusty desert rhythms infused with an electric blues guitar. This is just the first single from his forthcoming album due out next month (currently available for pre-sale). I, for one, am looking forward to that release. Check out “My Ole Lady” here. 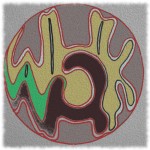 Newcomers on the local scene known as Why Ask Why? (a.k.a. Yasky) are gearing up to release their debut, The Blue Lady, early next year. Before 2015 ends, however, they have offered up an early sampling of what’s to come. “Hole to Hell” has a psychedelic punk sound with some hard-hitting vocals to create something new. I’m looking forward to the forthcoming release, recorded by Jalipaz over at Audioconfusion, and not just because I’ve had a sneak peek. Listen to “Hole to Hell” here. 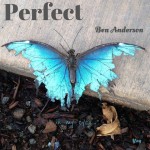 Phoenix singer-songwriter, Ben Anderson, creates jazz-tinged indie pop.  Anderson (or Banderson) shares some sweet sentiments on “Perfect”, the first single from Where Did the Lights Go?, his forthcoming release. The track was written by Anderson along with Olivier Zahm. The EP release show happens on January 13th at Crescent Ballroom. Before that happens, check out “Perfect” from Ben Anderson here.