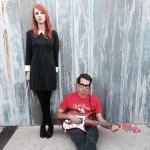 The garage punk duo known as The Christian Family might be newcomers on the Valley scene but their players certainly aren’t. Daniel Shircliff (formerly of Freaks of Nature) and Ann Seletos (Cherie Cherie), also known as The Christian Family, create something simultaneously stripped down and revved up. “Mad-A-Lyn”, one of the newly released single from the musical partnership encourages the listener to sing (or shout) along. Expect repeated listens. Give “Mad-A-Lyn” a listen here. And while you’re visiting The Christian Family’s Bandcamp page, I suggest checking out other recently released singles available there including “Baby Wants More” and “Just a Child”. 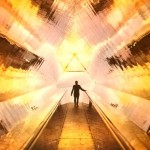 “You Came to Life”

The aptly named debut single from Valley supergroup Hollowbodies not only marks the emergent life form of a new musical collective, but the song itself possesses its own vivifying qualities. These psychedelic space rockers are ready to make waves with their debut release. Before that happens, I suggest you spend some time with “You Came to Life” from Hollowbodies here. Keep your eyes (and ears) open for live performances from the band. They create an invigorating sound-soup that will leave you with solar system dreams. 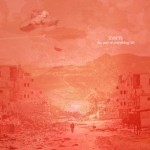 “All These Haunting Things Part 1”

The first single from Merit’s forthcoming release is now available for your listening pleasure. “All These Haunting Things Part 1” offers up more of the anguished emo-rock we’ve come to know over the years. This has been an especially prolific time for the band who released an EP earlier this year in both March and July. The third EP in this 2015 trifecta is due out on December 17th. “All These Haunting Things Part 1” is the first hint that The End of Everything EP will be a strong finish for this trilogy. You can listen to the single here. Merit is playing Last Exit Live on Dec. 29th so, if you like what you hear, make plans to catch them live. 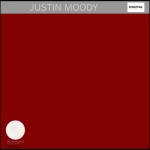 Singer-songwriter Justin Moody is known for his soft and somber music that drives straight toward your heartstrings. His most recent single, available through Moone Records, offers up another tale of anguished love with “Kisses”. The track features Micah Dailey on guitar for the perfect stripped-down pairing to Moody’s melancholy. Listen to “Kisses” here. You can also see Justin Moody performing live in our Songs from the Reading Room series here. 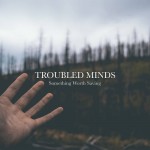 The emo trio known as Troubled Minds released the first single from their seven-track EP due out later this year. “Vanishing Act” has all the angsty feelings and driving guitar lines that you’d expect from the genre with some added dynamics to keep things interesting. I’m definitely ready to see what the rest of the EP has to offer. You can check out “Vanishing Act” from Something Worth Saving here. We’ll keep you posted on that release!